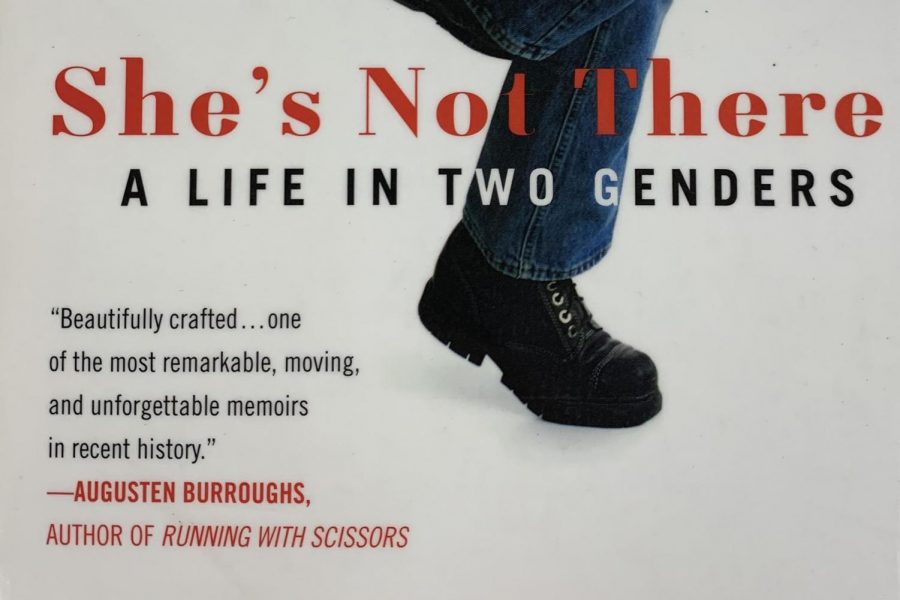 "She's Not There" accounts the life of Jennifer Finney Boylan transitioning from a male to a female.

Imagine being born and never fitting the gender label you were given. Plagued with gendered stereotypes, you have to put on an act to be who people want you to be. Diving deep into issues of transsexuality, identity, relationships and stereotypes, Jennifer Finney Boylan’s personal narrative She’s Not There: A Life In Two Genders is a truly remarkable and striking exploration of these issues.

Born James “Jim” Boylan, Jennifer “Jenny” Finney Boylan felt she never truly belonged in the body she was in. From a young age, Boylan would dress up in her mother’s clothes and built up a strong desire to become female. However, she hid this, even from the people she loved most.

Boylan’s desire to be her true self pushed her to the edge of her life, but, like a gust of wind, she was pushed back onto earth.

Although Boylan was tremendously scared of losing the people she had in life, she knew that she had to become female so that her outside appearance would match what she had always felt inside.

“I really did ‘choose’ to be Jim every single day, but that once I put my sword down I haven’t chosen Jenny at all; I simply wake up and here I am,” Boylan said in an email to her friend, Richard Russo.

There are obvious consequences of a major transition like this. Physical and hormonal changes are inevitable, but what is often overlooked is how this could impact the people in her life.

Many people accepted Boylan’s change, but others struggled to fit the seemingly new person into their everyday life.

To the earlier email, Russo wrote back and said “You may have chosen to be James every day for all those years, but the fact is that you got so good at it that the rest of us can’t quite make the shift. You say you were miserable, but that’s not what we witnessed. You say Jenny is the real you, but we see an actor learning a role, getting better at it all the time, but it still feels like a role.”

Boylan asked her wife Grace (as she is named in the book) if she believed that “all of this is necessary for me?” to which Grace said “Yes, I suppose so… But you can’t expect me to feel the way you do about this. I can’t imagine what it’s like for you, even now. I’m not the one trapped in the wrong body, in the wrong life, in the wrong place. At least I didn’t used to be. No matter what happens from here on out, I lose.”

These struggles induce a strong sense of conflict in Boylan’s relationships, full of emotions and thoughts that challenge both those involved and the readers.

Boylan has to find a balance between her transsexuality, defying the male and female stereotypes placed upon her, the way she perceives her identity and her relationship with others.

The strong emotions of this book mirror Boylan’s equally strong writing, which, at times, is even poetic. As it is told in Boylan’s perspective, readers strongly engage with her emotions and can relate some of her feelings to their own.