Students, teachers evaluate the tensions between Iran, US 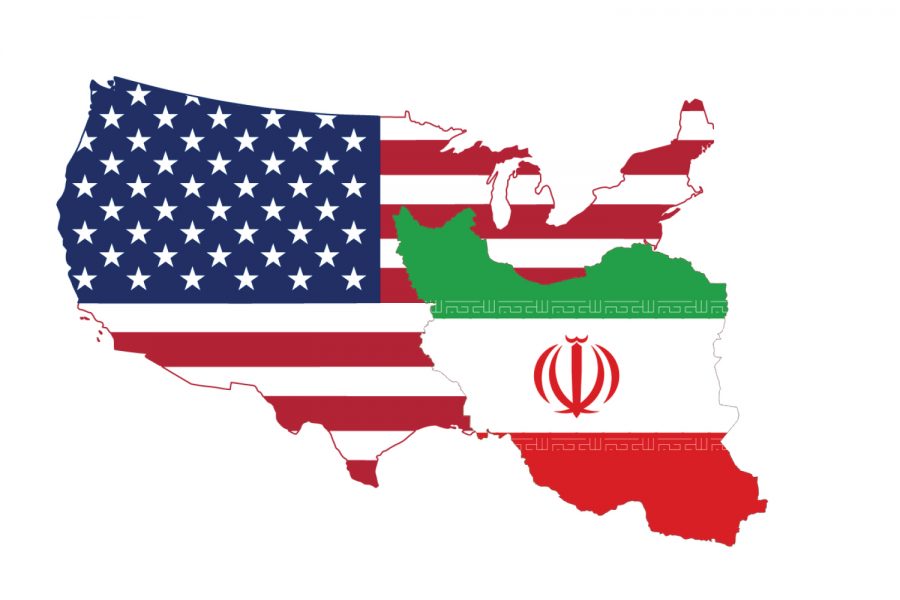 USA and Iran tensions have been high since the death of Iranian General Qasem Soleimani.

Tensions between America and Iran have been high after Iranian General Qasim Soleimani was struck down by an American drone near the Baghdad airport Jan. 3.

Many people across the globe raised concerns over what could be classified as an act of war between the two nations. Social Studies Teacher Christopher Wolf said there could be potential downsides of this act.

“This [shooting of a military leader] is really just part of what’s been going on in the last few years, which seems to undermine the progress between the two nations that had been made in the previous four or five years before that.”

Soleimani was a military leader in Iran and is a well-known figure throughout Iran for masterminding the war efforts in Syria and Iraq.

Soleimani rose to prominence during the 1980–1988 Iran-Iraq War, and by 2013 had become one of Iran’s most important figures.

According to an article on marketwatch.com, Soleimani is the second most powerful in Iran, just under Supreme Leader Ayatollah Ali Khamenei.

The strike was decided on by President Donald Trump. The Pentagon released a statement saying “At the direction of the president, the U.S. military has taken decisive defensive action to protect U.S. personnel abroad by killing Qassem Soleimani,” adding “this strike was aimed at deterring future Iranian attack plans.”

In retaliation, Iran sent missiles at U.S. bases in Iraq on Jan. 7. In the aftermath, the president had reported no casualties, while Iran claimed “80 American terrorists” were killed in a recent article on alaraby.co.uk.

Another addition to these tensions occurred  Jan. 8 when a plane of 176 passengers left from Iran to Ukraine but was shortly shot down by the Iranian military. Following three days of denial, Khamenei admitted to Iran’s mistake but pinned the blame on the U.S. saying that the “root causes” of the tragedy were U.S. actions.

At the same time, a recent article in The Etemaad Daily has shown the many calls within Iran for Khamenei to step down from power, and to “apologize and resign,” it said.

While the North Atlantic Treaty Organization’s (NATO) article five states that an attack on one NATO ally is an attack against all, NATO has collectively decided to work to avoid a global conference.

During NATO’s press conference on Jan. 6, Secretary-General Jens Stoltenberg expressed concern over Iran’s activities in the Middle East and backed Donald Trump, saying that Tehran “should never have a nuclear weapon”.

However, NATO, alongside Russia and Turkey, have taken a stance in trying to de-escalate tensions in the region, and NATO has paused the training operations for their forces stationed in Iraq.

From international to local, Gavin Crawford (’23) said he thinks Trump’s attack was justified.

“Iran had attacked multiple  embassies and airbases in the past, it was one attack on America’s side, compared to dozens.”

In contrast, Anna Heinrich (’20) looks at the action’s effects on the American government.

“Whether or not it was a justifiable attack is debatable, but I do believe that Trump shouldn’t have taken action by himself, he should have been more diplomatic.”

Despite the de-escalation of hostility between the U.S. and Iran, the attacks have proven to have had lasting effects and have provoked new changes.

Trump announced that his administration would once again slap Iran with more sanctions and demanded that U.S. allies leave the nuclear deal so a new pact can be negotiated.

He later discussed a non-violent retaliation, saying that “The United States will immediately impose additional punishing economic sanctions on the Iranian regime,” still noting his administration is continuing to review other options to respond to the Iranian missile strike on Wednesday Jan. 8.

In a poll conducted by National Public Radio, it was shown that the majority of Americans disapprove of how Trump is dealing with the events.

“I think this shows the holes in the American system, where you see how checks and balances are supposed to work, and then an event like this happens and it shows the reality of the system,” Heinrich said.

The U.S. striking without informing any other countries raises the question of how much power NATO actually has, and whether they can control the actions of other countries.

In the eyes of Crawford, the U.S. should have the ability to make decisions own their own, even if it could lead to war.

“In the end, America is its own country, and is up to them to make their own decisions,” he said.

Wolf said that this could make a big shift within NATO.

“The fact that the U.S. could step out there without even consulting the U.K., and certainly not informing anyone in NATO, really demonstrates the extent to which the US administration is stepping out there on its own,” Wolf said.