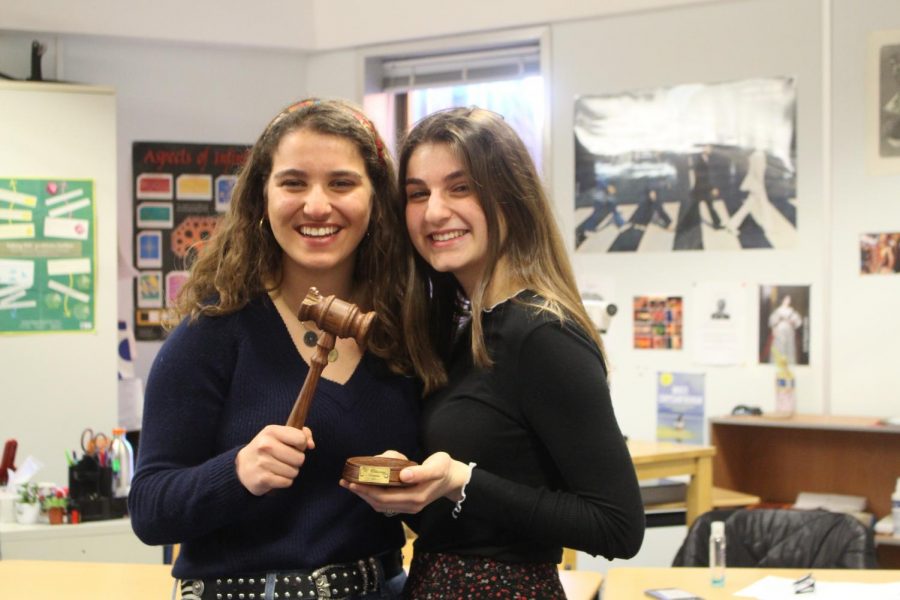 The newly elected president and vice president are Micaella Lavi (‘21) and Lea George (‘21) respectively, who are taking over from Natalie Vann (‘20) and Lucas Romualdo (‘20).

Starting last year, StuCo has implemented a ranked-choice voting system, rather than solely voting for one candidate for each position. Each StuCo member ranks the candidates for each leadership position in order of preference, and in order to win a candidate must hold a majority.

For the rest of this school year and the next one, Lavi is most looking forward to “making this a year that is unforgettable for the students.”

Going forward, one of George’s main goals for StuCo is to work on transparency between the student body and the council.

“We have a member on StuCo who is really good at coding, and he’s used that to build this huge online platform so students can contribute more directly to the council, and give us ideas and suggestions whenever. As well as implementing some sort of newsletter with a detailed outline of what we are doing, sort of like StuCo in Brief, which is what has been going on for the past month,” George said.

Furthermore, Lavi said that this upcoming year will be the perfect time for all the high school councils to collaborate.

“There’s also been a disparity between The Standard, the Social Justice Council, the Sustainability Council and StuCo, and the way we can make the most change is to collaborate,” she said.

Lavi and George both said they think that, as leaders of StuCo, it is their duty to represent the entire student body’s interests and concerns, and thus are looking forward to collaborating with many different people in the positions they have wanted since being freshmen.

As well as elections, there have been changes in the composition of StuCo since the beginning of the year. Former alternates Hadley Bridges (‘21) and AJ Laurienti (‘21) are now full members of the council (and were elected to officer positions), while some representatives are no longer on the council.

The full leadership team is as follows: