MUN trip to Dubai canceled due to COVID-19 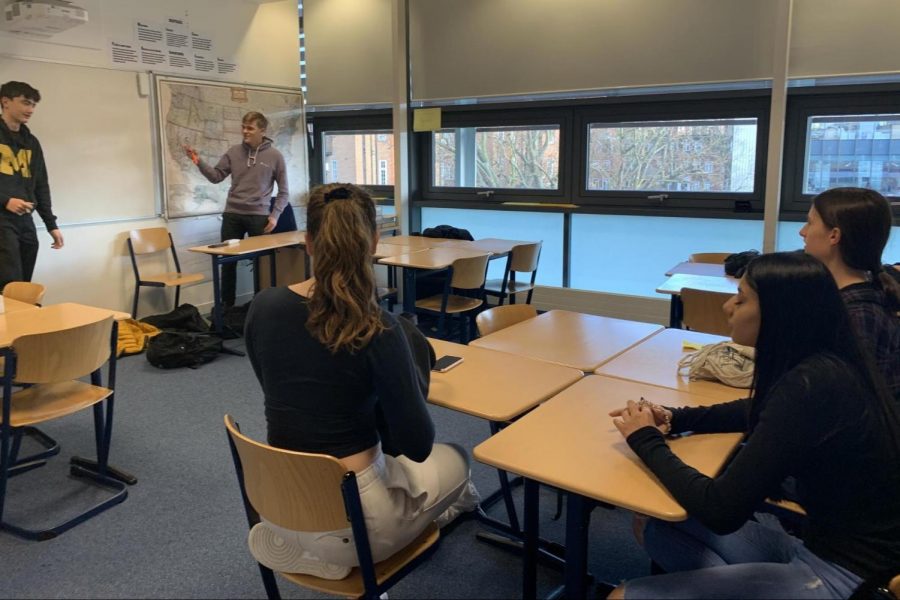 The Model UN Club meets Feb. 27 after their trip was cancelled. The Model UN conference was originally scheduled to occur in Dubai, but was cancelled due to concern around the coronavirus outbreak.

The Model United Nations trip to Dubai has been canceled primarily due to the outbreak of the coronavirus (COVID-19). The trip was supposed to occur Feb. 26-30.

Eric Henrikson (‘21), co-president of the MUN club, said that the trip was canceled because of the sudden spread of the coronavirus.

“The whole traveling process is what resulted in the trip being canceled,” he said.

Henrikson mentioned that the risk of getting the virus could be relatively high.

“I think ASL did not want to end up being in a situation that they would regret,” he said.

Marco Parisse (‘23), member of the MUN club and planned participant in the trip, said that going to Dubai wasn’t exactly a risk as there haven’t been many coronavirus cases confirmed in the Middle East. However, he acknowledged other risk factors from the conference.

“There was still some unknown danger as some individuals attending the conferences could have traveled from places where the virus is prevalent,” he said.

Parisse also mentioned that since many schools were withdrawing from the Dubai festival, the conference would not work regardless if High School students participated or not.

Henrikson said that a group of 15 students was supposed to be attending the conference. Henrikson is disappointed about the cancellation, but understands the “risks being taken if they were to attend.”

Parisse added that, if one student were to be infected, it would have implications for the rest of the group.

“If there were to be an incident where a student fell sick, the whole group would have been quarantined,” he said.

This means that the students would be asked not to come to school until they are thoroughly checked to avoid spreading the virus.

However, Parisse said that he felt that the cancellation was not necessarily a good decision.

“[It was] unwise to cancel the trip as they had been preparing for it for months, and it was an exaggeration as there are more cases in London than Dubai,” he said.

He said that they should have considered taking more safety measures instead of the cancelling the whole trip.