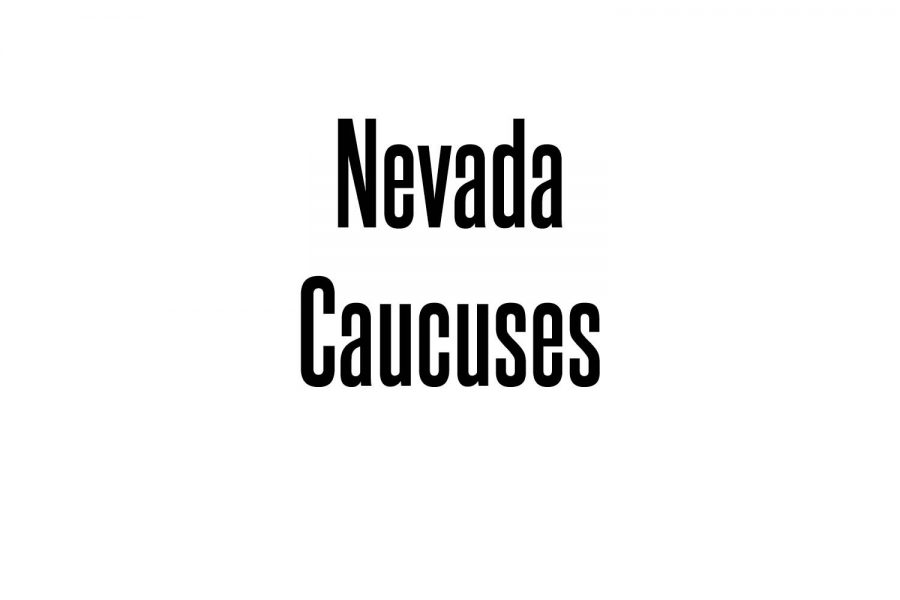 Nevada held its caucuses Feb. 22, giving Democratic presidential candidates a third opportunity to win delegates. Unlike the previous contests in Iowa and New Hampshire, both of which are over 90% white, Nevada is a much more diverse state at just 65%, as well as 18% Hispanic or Latino, 11% African American and 3% Asian. This marked the first nominating contest where the demographic makeup of voters closely matched that of the U.S. as a whole.

In caucuses like Nevada, voters go to their polling place and state their first-choice candidate in the “first alignment.” Within the precinct, candidates with less than 15% of support there are considered inviable, and supporters in that precinct are asked to switch their support to another candidate in the “final alignment.” These results are sent to the state party, which converts the votes into “County Convention Delegates,” which are used to determine the victor of the caucuses. All three sets of results are released to the public.

These results delivered a resounding victory for Senator Bernie Sanders, who won 34% of the first alignment popular vote and 47% of county delegates. Sanders, who now leads the field in national Democratic delegates with over 40, is now the clear favorite for the nomination. In Nevada, exit polling suggests that Sanders won a majority of Latino voters, far above any other candidate, and also came in a close second with African American voters, just 10% behind former Vice President Joe Biden.

The only demographic groups which Sanders failed to win were African American voters and voters over the age of 65, demonstrating a broad base of support that will almost certainly grant him the plurality of national delegates. At this point, it appears that Sanders will easily beat his opponents in the upcoming contests on Super Tuesday and beyond, building large leads in states like California and making it essentially impossible for him to fall back into second place nationally. Therefore, barring some massive unforeseen shift in the race, Sanders will win the plurality of delegates.

However, his weaker support among older and African American voters is one of the few areas where another candidate can still hope to beat Sanders. Biden won both of those groups by reasonable margins, which is likely to hand him a victory in South Carolina’s primary this Saturday, in which voters are overwhelmingly African American.

Biden’s second-place showing in Nevada, with 18% of first alignment votes and 20% of county delegates, has given his campaign some renewed momentum after abysmal fourth and fifth place performances in Iowa and New Hampshire. This will certainly aid Biden going into South Carolina, which is by far his strongest of the four early-voting states. With his strong performance among African American voters, Biden is likely to eke out a victory in South Carolina (though a Sanders win there is far from impossible).

A victory for Biden in South Carolina will help reinvigorate his flagging campaign, as South Carolina has generally been a harbinger for how the rest of the southern states vote. If Biden is able to hold onto the southern primaries, he may make himself a viable contender against Sanders and stop him from winning a majority of delegates.

If no candidate wins a majority of delegates nationally, there will be a contested convention in which about 5000 party delegates will choose the nominee, regardless of how the primaries ended up. This is the most likely way for Sanders to lose, as he has already built a support base that will lead to him winning a plurality, but not necessarily a majority, of delegates.

A contested convention may choose to nominate Sanders out of respect for his plurality victory, or it may choose another candidate. Specifically, a party elder like Biden or 2016 Democratic nominee Hillary Clinton may present themselves as unifiers, or another 2020 candidate like Senator Elizabeth Warren may appear to be a nominee who can gain support from both moderates and Sanders’ left-wing voter base. This contested convention, wrought by Sanders’ opponents, winning just enough delegates to prevent him from getting a majority, is likely the only way for Sanders to lose.

However, if Sanders wins South Carolina, he is all but assured the nomination. In fact, it is probable that Biden would exit the race within a couple weeks of a loss in South Carolina, leaving Sanders as the only viable candidate.