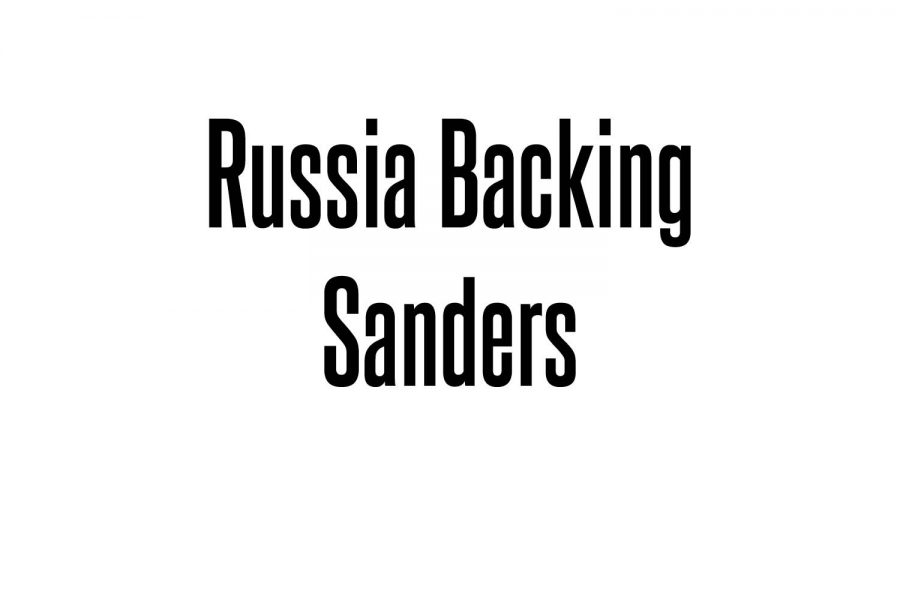 U.S. intelligence officials were said to have briefed Senator Bernie Sanders’ presidential campaign on apparent Russian efforts to support his bid to win the Democratic nomination. The Washington Post reported that congressional committees had been briefed on the matter, as had officials within the Sanders campaign. Sanders later confirmed these reports in a press event this past Friday.

Though how they have provided this help, and the extent to which it has influenced his performance in recent statewide elections is currently unclear, it serves as yet another example of Russia’s intent to interfere in the American electoral process for their geopolitical benefit. In 2016, President Vladamir Putin’s affinity for Donald Trump manifested itself in an unprecedented social media campaign of disinformation to sow confusion amongst voters, and help elect the-then Republican nominee.

The response to this, or lack thereof amongst congressional leaders, has left the electoral process yet again exposed to foreign interference. Tech giants whose sites were manipulated by Russian operatives, most notably Facebook and Twitter, have shown ambivalence to implement changes on their own accord, despite increased public pressure.

Resultantly, it has been widely reported that the Kremlin will again seek to back the GOP incumbent in the current 2020 election.

Russia’s choice to back Sanders in the Democratic primary also further underscores his perceived electoral weakness in a hypothetical general election match-up against Trump. Even as his campaign points to national polls showing an apparent lead over the president, individual state numbers show the race would be much tighter. One must also remember that Hillary Clinton led him by even greater margins than Sanders, even after Comey’s “October Surprise.”

He is also not helped by additional polls indicating that Americans are deeply divided on Sanders’ signature policy proposals, such as Medicare-for-All or the decriminalization of southern border crossings.

Despite this, he and other candidates should continue to beg the question of whether Sanders can beat Trump, and, perhaps more importantly, the threat posed by foreign interference in American elections.