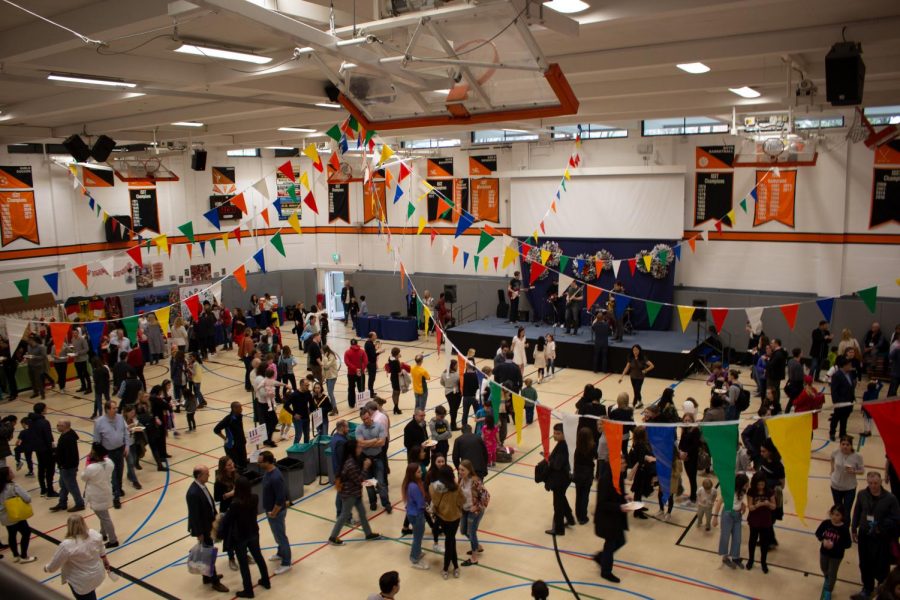 Students, parents, teachers and guests participate in the 2018 Global Festival. The biennial event was originally planned to occur again March 22, 2020, but was postponed to Oct. 4. The change was a result of concerns over the spread of the COVID-19 coronavirus.

The biennial Global Festival, originally scheduled to occur March 22, has been postponed due to concerns around the recent coronavirus outbreak until Oct. 4.

Head of School Robin Appleby said that the event was postponed in order to assist the global efforts to contain the spread of the virus.

“It’s a large scale event that usually attracts a couple thousand people, not just from ASL but also from outside ASL with family friends and guests,” she said. “People are close together in the event, it’s crowded and it’s a food-based event, very often people are picking things up with their fingers.”

Due to the risk of the virus potentially spreading at the event, the administration decided that it was imprudent to go ahead with the Global Festival as originally planned.

“We just decided that at a time when there was a higher risk to public health, that this is probably not the ideal time to do it,” she said.

The aspect of attendees outside of the ASL community was also a contributing factor when deciding to postpone the event.

“[The Global Festival] involves a number of outsiders that we wouldn’t be able to feel entirely sure that they were following the same health protocols that we expect our community to follow,” she said.

Appleby also said that certain families in the school community expressed concerns over the event relating to the coronavirus.

“We just felt that people wouldn’t really feel comfortable and happy about participating,” she said. “We were starting to get those messages from some families who said they didn’t think it was a great idea either.”

The event was organized by the PCA and occurs regularly every two years, alternating with the PCA Auction. Under the new schedule, the Global Festival will now occur Oct. 4, 2020 at the start of the 2020-2021 academic year. The PCA Auction, meanwhile, will still be held during Spring 2021 as originally planned.

“Most of the [planning] work has already been done for the Global Festival, and it can just carry over and be done at the start of the school year,” Appleby said. “The auction starts its work later this year, so it shouldn’t be a conflict.”