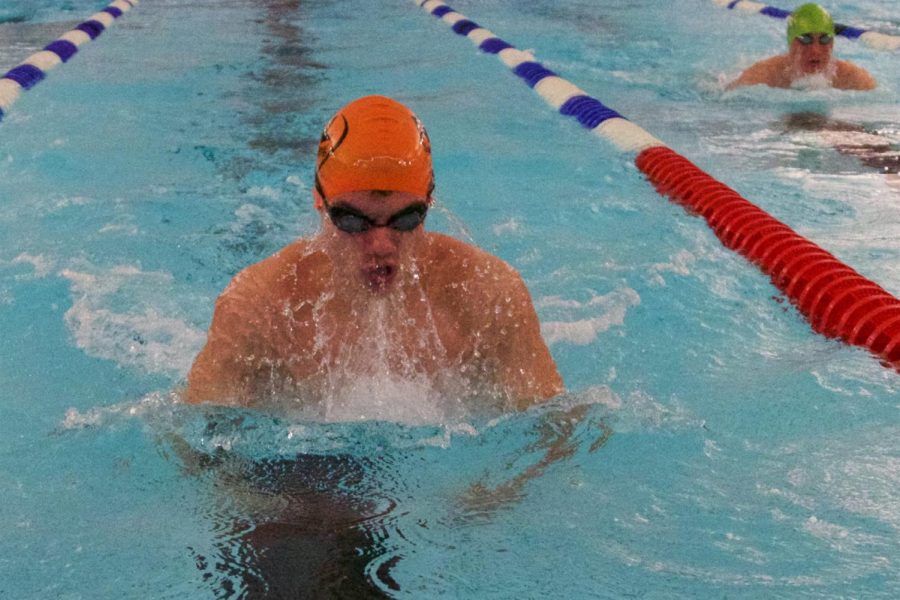 James Costello ('17) competes in the 100m breastroke at the ASL vs. Cobham swim meet in March 1. ASL will host a replacement meet for ISSTs March 12.

In place of ISSTs next week, there will be a swimming meet held at ASL on Thursday, March 12 from 2:30 p.m. to 6:00 p.m.  The schools that are participating will be ASL, ACS Cobham, ACS Hillingdon, Frankfurt International School, according from an email from Athletics Director John Farmer.

TASIS has yet to confirm their participation in any rescheduled tournaments, according to an email from Farmer.

There will also be a rugby sevens tournament held at Canons Park Friday, March 13. So far, ASL, ACS Cobham, FIS and UPS College: Seevic will play.  TASIS and Oaklands College might come as well. The schedule is below, but may change as teams are added.

Both varsity boys and girls basketball are scheduled to have a tournament at ACS Cobham Friday, March 13 and Saturday, March 14. The teams who are planned to come are ASL, ACS Cobham, ACS Hillingdon and FIS.

The details are yet to be confirmed for the basketball tournaments.