Joe Biden is the best choice for president 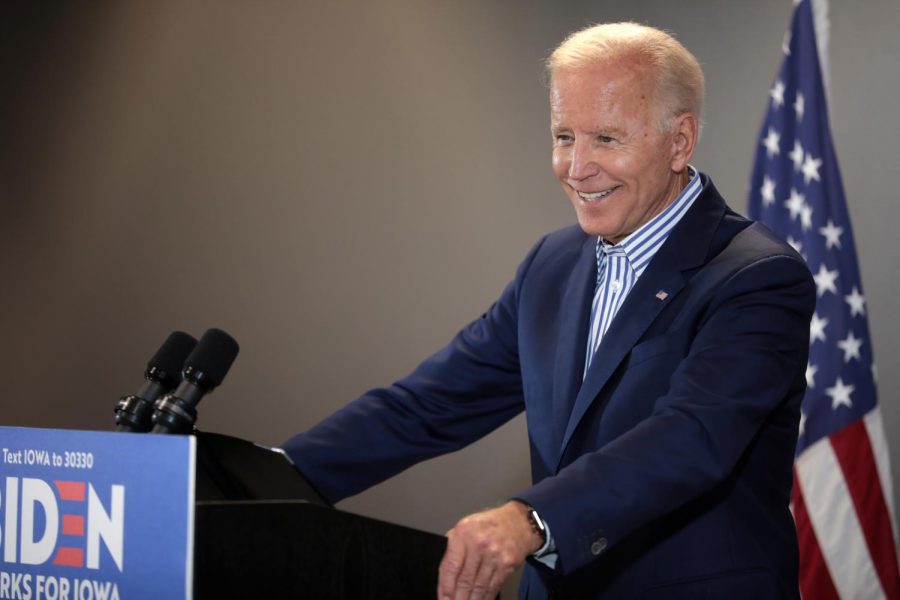 Former Vice President Joe Biden won 10 out of 14 primaries on Super Tuesday, which occurred March 4. Biden is the leading moderate candidate for the Democratic nomination for president. He is considered to be one of the most likely winners, alongside Senator Bernie Sanders.

The 2020 U.S. Democratic Primary elections have been a rollercoaster. With 29 candidates having run at some point, the likely nominee remains relatively unclear. So far, six candidates have won delegates, with Senator Bernie Sanders and former Vice President Joe Biden emerging as the most probable victors. Of these candidates, Biden is the Democrats’ best choice.

Though he is one of the candidates most likely to become the nominee at this point, Sanders’ status as a self-described democratic socialist means that he will find it difficult to attract moderate voters in the general election, making it unlikely for him to beat President Trump. Even if he were to win, Sanders’ extreme policies might harm the nation just as much as Trump’s ineffective leadership, making him a poor choice.

That leaves Biden as the best choice for the Democratic nominee. As a former vice president to Barack Obama and having served as a U.S. Senator for over 35 years, Biden is one of the most qualified people in American history to run for the presidency. No other candidate has spent a lifetime executing a vision of progress for the nation with broad support from both parties.

Biden has endured much criticism surrounding his record as a senator. During the 1970s, he opposed school busing for desegregated schools. During the 1980s, he helped move the senate forward with Clarence Thomas’ nomination to the Supreme Court despite credible sexual harassment allegations. During the 1990s, he supported a controversial crime bill that contributed to modern-day mass incarceration.

These instances are regrettable. But they do not mean that Biden is an old, conservative, out-of-touch candidate ill-suited to the contemporary Democratic Party. Rather, it signals that he is open to compromise, and that he is willing to make deals with people he disagrees with in order to get things done. In an era of extreme political polarization, it is essential that the next president possesses this characteristic, so they may make real progress on the issues plaguing the country.

Biden has also been attacked for his age, with critics suggesting that he should make way for a new generation of political leaders. Such a stance is narrow-minded and lacking in evidence. While many have pointed to his verbal slips during debates and rambling, incoherent speeches when campaigning as a signal that he is too old to be president, Biden has always spoken this way.

Biden has faced relentless criticism over the course of his career and this election. In spite of these attacks and poor performances in the first two early-voting states’ primaries, Biden managed a comeback victory in the South Carolina primary, trouncing Sanders, while winning 10 out of 14 states on Super Tuesday. His story is one of perseverance, never stopping in the face of political adversity and fighting relentlessly for the American people.

Biden, meanwhile has the experience to be an effective president, the cross-party appeal to win a national election and can compromise with congressional Republicans. His commanding victories in South Carolina and all over the country on Super Tuesday further demonstrates his broad base of support and ability to attract voters from all backgrounds, especially people of color. Meanwhile, his ability to garner the endorsements of several major former candidates indicates his capacity to unite the party.

Given Biden’s extensive experience and achievements, his story of perseverance and his ability to unify the country and win, it is clear that he is the best choice for the Democratic nomination for president. Biden has the best shot at defeating Donald Trump, the best shot at enacting a pragmatic progressive agenda and the best shot at reuniting a fractured nation.