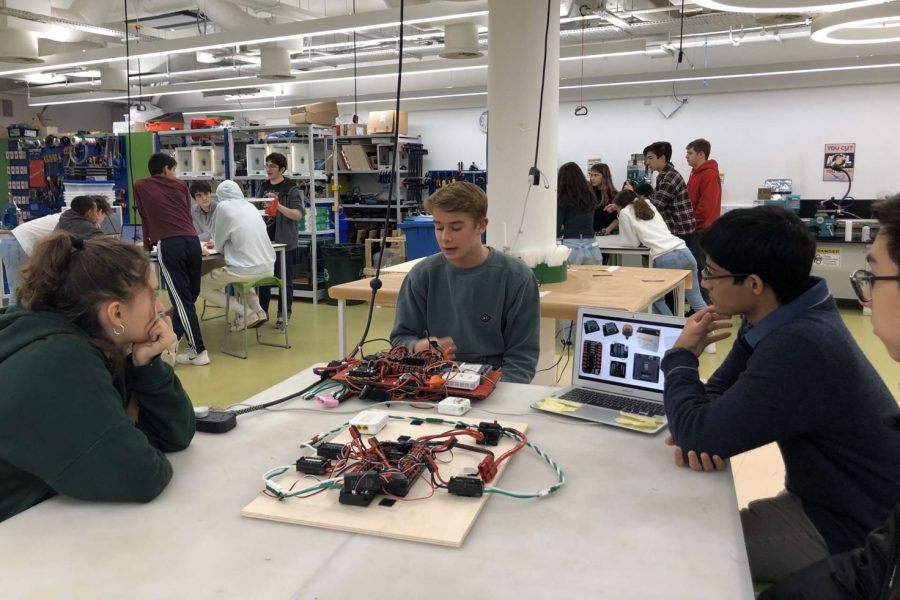 Due to concerns over the recent coronavirus outbreak, the Robotics trip to the FIRST Robotics Regional Competition in Orlando, Florida has been canceled.

The trip was set to leave March 10, but the emergence of 17 cases of the COVID-19 virus in Florida led the administration to reconsider those plans.

Robotics Engineering Lead Mackensie Kim (’21) was disappointed that the trip was canceled.

“We’ve put so much time and effort into this competition that it’s a huge disappointment,” she said. “We really wanted to go, pretty much no matter what.”

The Robotics team has been preparing extensively for the competition since early January, with members committing over 20 hours per week to work on the robot.

“The week before we shipped, we actually stayed after school until 9:00 p.m. on two days, trying to get it done,” Kim said.

The cancelation was a result of over a dozen cases of coronavirus in Florida, where the competition will be held (without participation from an ASL team).

It was ultimately decided that the team could not participate without school approval.

“The school said that we are not able to represent the school, that parents would not be able to stand in [for teachers at the competition] because there are liability issues,” Kim said.

The Robotics trip is the latest in a slew of school-sponsored travel events to be canceled due to the coronavirus, notably the Alternatives and Music Tour trips.

The cancelation has left the Robotics team let down in the face of months of preparation.

“I feel super disappointed because we’ve worked so hard, we really deserved this competition,” Kim said.