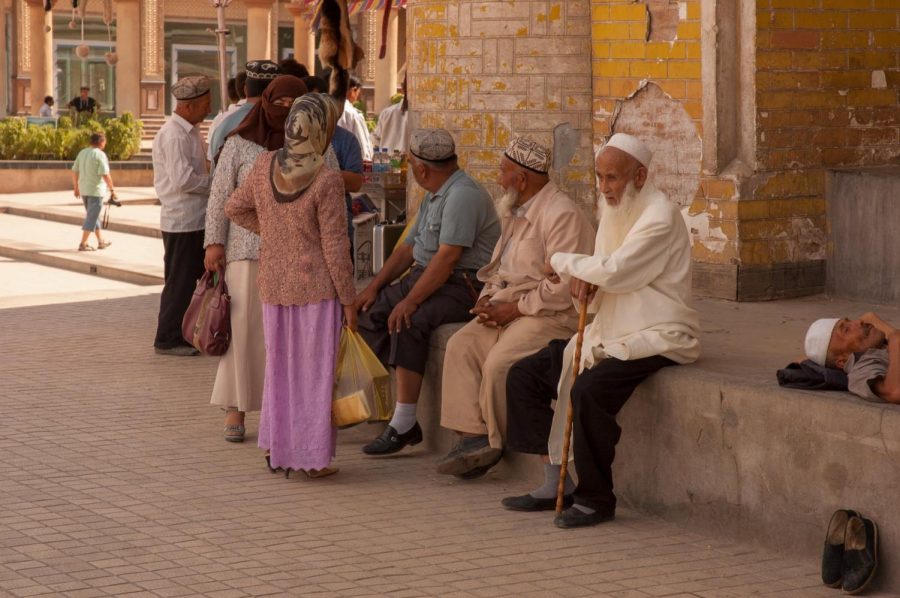 Photo used with permission from pexels.com/marccurtis

The Uighurs are a Turkic minority that live predominantly in the XInjiang province of China. China's treatment of the Uighurs has become a source of concern as questions of human rights abuses have come to light.

Hi readers! Welcome to my first human rights column. Every three weeks, I am going to be  looking at a specific International Human Right and where in the world it is being violated.

In his 1986 Nobel Peace Prize acceptance speech, Elie Weisel, a Holocaust survivor and author of the memoir Night, said that “human rights are being violated on every continent. More people are oppressed than free. How can one not be sensitive to their plight?”

Sometimes, it is a lack of knowledge and the will to try to understand that leads to a shortage of sensitivity. It is for this reason that I’m starting this column; to raise awareness of abuses because, in Weisel’s words, “wherever men and women are persecuted because of their race, religion or political views, that place must – at that moment – become the center of the universe.”

This week is Article 18: Freedom of Thought

“Everyone has the right to freedom of thought, conscience and religion; this right includes freedom to change his religion or belief, and freedom, either alone or in community with others and in public or private, to manifest his religion or belief in teaching, practice, worship and observance.”

This human right is currently being violated in China, with the Uighur Muslim detention camps.

At first glance, the Chinese government used face recognition technology and policing systems to end all extremism, a “virus” that they thought was plaguing their country. After many deadly attacks instigated by Uighur Muslims who sought autonomy in Xinjiang from Beijing in 2014, the ruling Communist Party decided that they needed to detox the country of all Muslim beliefs.

Beyond that, however, the government utilized the same face I.D. system to identify Uighur Muslims, and then persecuted them by forcing them into “re-education camps” where they would learn to become completely patriotic towards China and denounce Islam. According to The New York Times, Xi Jinping, the Chinese President, said that in order to achieve their goals, the Chinese government must use the “organs of dictatorship” and show “absolutely no mercy.”

This brutal initiative was led by ruthless Chen Quanguo, the secretary of the Communist Party of China and a close adviser to Jinping, who started this recognition and policing process in Tibet and then ruled over it in Xinjiang. According to the New York Times, Quanguo gave orders to “round up anyone who should be rounded up.”

To Quanguo and the rest of the top ranks of the Communist Party of China, people who expressed their religion in any way – which is protected by Article 18 – meant that they should be sent to the concentration camps, next to no questions asked.

For example, growing a long beard or owning a Qu’ran could get people into terrifying amounts of trouble. In an effort to battle extremism, one false step turned into a blaring alarm in the government’s eyes.

Unfortunately, the information that the world outside China was receiving about this inhumane human rights violation was scattered and full of holes. People were mainly hearing fragmented, yet still horrific, stories about life inside the detention camps through anecdotes that were slowly slipping out of the strict borders.

For example, in 2019, The Spectator interviewed a vegetable seller named Kairat Samarkhan, who was detained for reasons unbeknownst to him. He explained that, contradictory to what the Chinese government wanted the global community to believe, living in the camps was torture.

Samarkhan said that, after throwing his blanket in anger, two guards took him to a room with iron hinges on a wall, and that “after three hours I was in so much pain that I just screamed.”

Although he never disobeyed the authorities again, Samarkhan told the New York Times that he tried to kill himself.

“I ran against the wall with my head,” he said. “Again and again. I did not want to live any more.”

However, at the end of 2019, 403 documents were leaked from inside the Chinese government to the New York Times, an event that is unprecedented for a powerful country such as China that puts so much emphasis on secrecy and censorship.

These documents show that the camps went from a few schools being refurbished to hold prisoners, to thousands of huge camps holding millions of prisoners outside of Xinjiang.

The hundreds of documents also detailed how the Chinese government went about hiding the disappearance of millions of people from Xinjiang, which left the territory trapped in fear and terror.

The Chinese government seemed to think that their biggest threat were students who were bound to ask questions upon returning home from school. The documents outline “tactics” for how to explain to the students where their family and friends were: lie and manipulate through omittance.

These students were told that their parents were simply being reeducated in a center under “great” conditions. If students started questioning further, the authorities would explain to them that their resistance would only hurt their family members, possibly turning a one-year “education” sentence into three.

After the Chinese government tried to justify the camps, the United Nations sent a letter to Beijing in Nov. 2019 specifically stating that their detention camps were based on “overly broad definitions of extremist behavior,” which led them to criminalize the “legitimate exercise of basic rights.”

The severity of this human rights violation, coupled with the lack of global action is shocking. The Uighur Muslim detention camps have unthinkable similarities to the Holocaust, and the world is allowing history to repeat itself. By not learning from the past, millions of people are suffering because of their religion, yet again.