Editor-in-Chief John Towfighi talks to local businesses about their relation with the student body and the school. 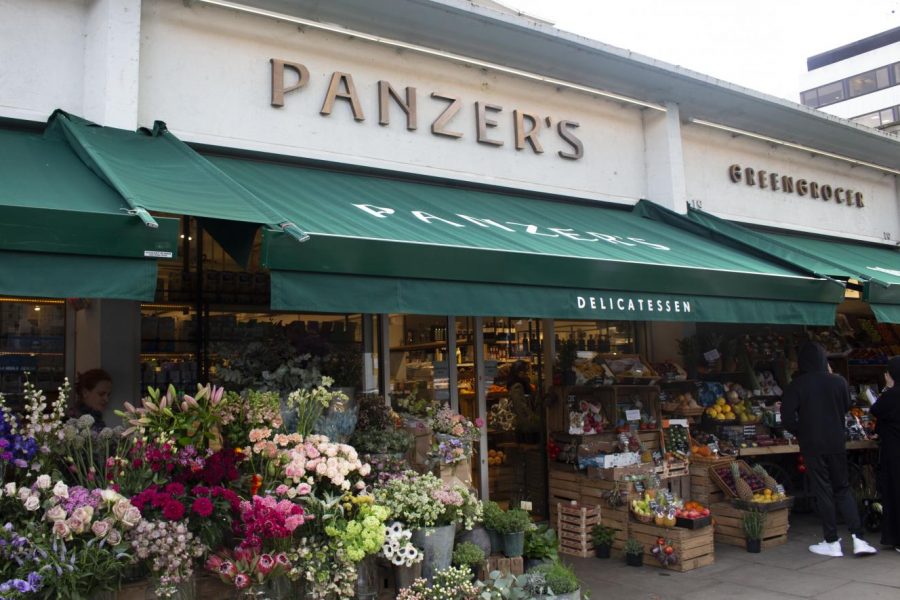 Now that students are only permitted off-campus lunch a limited number of days each week, it can be difficult to decide where to eat. Experimenting with new restaurants and eating from old favorites can not only help support local businesses but will make off-campus lunch all the more enjoyable.

Students, parents and faculty alike are seen on the St. John’s Wood High Street. The school’s location by the tube has given it quick access to the array of shops on offer. Around 1 p.m. each day, flocks of students head there to eat lunch. Panzer’s Deli, at 13-19 Circus Road, often attracts the most customers.

For David Josephs, the owner and manager of the deli, years of shopping have created a strong connection between members of ASL and his shop.

“We have a very strong relationship with the American school and the community,” Josephs said. “Both the students and parents are customers.”

Josephs himself has history with the school, and mentioned that his sister attended the 1972 Elton John concert that was held in the old ASL gymnasium.

With regards to the deli, there is history in the neighborhood. Panzer’s has been situated on Circus Road since 1956. The deli was opened by an Austrian man around the time of the end of World War II. The deli moved around locations in North-West London before arriving in St. John’s Wood.

In 1969, 13 years after Panzer’s opened at Circus Road, ASL moved to St. John’s Wood and opened campus at Waverley Place. Both institutions have helped shape the day-to-day community of the local neighborhood.

Josephs himself became the owner of Panzer’s four years ago, and has since made changes to improve the shop. In 2015, Panzer’s had a hygiene rating of 1 out of 5 stars. As of its last recorded inspection in 2018, it has 5 out of 5 stars.

“We completely refurbished the building and gave it a new lease of life,” Josephs said.

Since the opening of the new Panzer’s, the deli continues to stock more items than before and is developing an international identity to reflect the neighborhood.

“Panzer’s products, Panzer’s customers, and Panzer’s employees are pretty much the same, because it is international,” he said.

To him, the students at the school serve as a major part of creating the community environment.

“We love having the international flavor, because it is not just Americans at the school,” he said. “[It’s] all nationalities.”

The deli continues to increase its selection of items on offer. Josephs explained that the customers have a say in what comes to the selves of Panzer’s.

“The products we stock are from all around the world,” he said.  “People come in, ‘do you have this?’ ‘Can you get this?’ It opens our eyes up to new things.”

To Josephs, Panzer’s embodies the international population of St. John’s Wood. He explained how the deli went from 28 employees to 70 employees following their refurbishment.

“We are definitely the United Nations,” he said jokingly.  “I think we have over 40 countries [represented].”

In regards to serving students, Josephs said that employees have begun to focus specifically on the school’s lunch hours.

“We started to think, ‘why don’t we anticipate, get more help, be a bit more service oriented, more efficient in doing these things,’” he said.

Josephs highlighted how sandwiches are prepared before students come in for lunch to speed up the process. Yet, while the students are waiting at the counter, Josephs said the atmosphere at Panzer’s is great.

Josephs said that he thinks maintaining a connection with the school suits the deli well.

“The American community is an important part of Panzers,” he said. “We’re not totally reliant on it, but like any business, you need busy parts during the day, you need the American kids coming for lunch.”

He said that he feels the students are just like “all customers” and they “add an economic boost” of their own.

Josephs said that the student body not only improves the deli’s business, but also serves as an integral part of the town atmosphere.

Josephs described Panzer’s as “the community shop of St. John’s Wood,” and to him, the combination of the school and the deli just makes the town more “vibrant.”