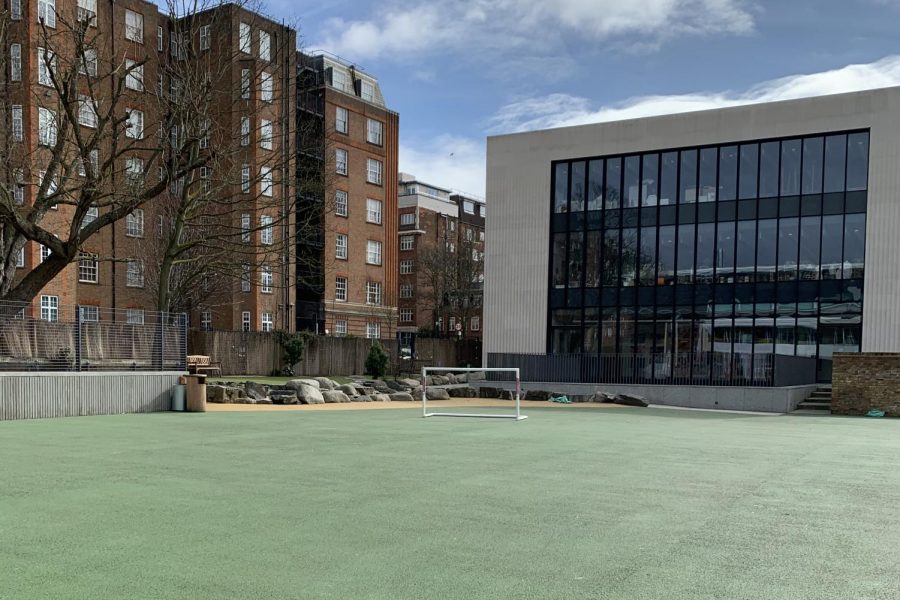 The school building has been closed from March 16 to at least April 17 and all students will be moving to the Distance Learning Plan in response to the COVID-19 pandemic. The community was informed of this decision tonight at 6:10 p.m. through an email from Head of School Robin Appleby.

Chair of the Board of Trustees Dave Novak said the decision was made to keep the community safe.

“Our top priority is the health and safety of our community,” Novak said.

Although the U.K. government has not yet mandated school closures, Appleby said that the decision was made in order to best protect the community.

“The number one thing that prompted us is the need to do everything to protect the wellbeing of our community,” she said. “While we totally respect the U.K. government’s decision, we are an unusual community in terms of our international identity and that means that perhaps we had to take a different approach.”

Ethan Snizek (’20) agrees that the decision was the right resolution, and said that the closure does not come as a surprise.

“I’ve kind of been expecting this for a few weeks,” he said. “It was getting more and more clear each day that this is becoming a bigger problem.”

Echoing Snizek, Julia Laxer (’23) said that she had a feeling school was going to close.

“I’m personally not surprised,” she said. “I thought they maybe should’ve done it a bit earlier. My initial reaction is that it was definitely the right thing to do. Even if school was on, I don’t know how many people would have attended.”

On the other hand, going home from school Thursday afternoon, Daya Benami Narasimhan (’20) said she did not think it had been her last day for the next five weeks.

“I had absolutely no idea,” she said. “I was extremely shocked.”

Appleby announced that an ASL parent had tested positive for the virus in an email March 12. Upon hearing the news, Benami said she assumed the school would close, but not for five weeks.

“I thought that we would have a week or two without school resuming and then we would return, but no one expected it to be over a month,” she said.

Currently, the school’s distance learning plan is scheduled to begin March 23, per the email from Appleby. There will be no instruction during the week of March 16 as the school finalizes the plan. That week, students will be able to return to campus to collect their belongings but must do so in designated, staggered groups.

During the school closure, Laxer said that it will be interesting to see how students and teachers react to distance learning.

“It is a whole different atmosphere learning that way,” she said. “I don’t know if you can grade that way like you can grade in school.”

Benami said she doesn’t feel distance learning will be able to replicate the classroom environment.

“We are obviously still resuming our education online, but it’s not the same,” she said.

Snizek said that he isn’t overthinking the time off from school too much for now.

“It’s just going on, getting used to [distance learning] and also trying to find some useful things to do since I’m going to have a lot of free time,” he said.

As Benami is involved in classes such as Advanced Independent Research Colloquium and Human Rights Seminar, she said that her ability to complete projects will be extremely limited.

“A lot of that planning relies on us meeting as a group and a lot of us need different equipment in the lab,” she said. “There are a lot of things that I’ve been working on all year that probably are not going to go into fruition, which is extremely disappointing.”

Benami said she is hopeful that the school will reopen for the final weeks of the semester.

“I do really, really hope that we go back on April 17, but right now it’s hard to tell,” she said. “Now, they are in the preventative stage and want to control the spread of the disease… I think they are likely to reopen school if there is no imminent threat.”

Appleby said that in two to three weeks, the school will assess how the virus has grown or died down. In the meantime, she said that the administration is organizing times for students to come in and pick up their belongings and will email them specific times when to do so.

The school’s closure has made the virus feel more legitimate to Laxer. She said that there isn’t too much of a “fear factor,” but “it definitely makes it feel more real.”

“You can read about things happening in the news and hear stories of your friends that are getting their lives impacted by it, but when it actually happens to you, it gives you a whole new perspective on how it’s affecting your life,” she said. “It makes everything feel kind of uncertain.”

Similarly, Snizek said that he thinks people in London are beginning to understand the threat of the virus.

“There’s a lot of stuff out there with people thinking that it is overreacting and it is not as big a deal as it is, but then stuff like this makes you realize that it is actually a huge problem,” he said.

For Novak, the school’s main priority right now is to support the community as distance learning begins.

“We’re confident that the Senior Leadership Team, faculty and staff will continue to provide an outstanding education to our students,” he said.

For Appleby, deciding to close the school was a difficult, but necessary choice.

“It’s a very hard decision – probably, the hardest decision I’ve ever had to make as a leader – but it comes back to protecting students,” she said.

As students adjust to life away from school, Benami said that she is certain she will miss the daily interactions with her peers.

“Our friends will continue to meet outside of school and try to make the most of our last few months together, but we are all pretty bummed because school is a place we know we are guaranteed to always see each other every day,” she said.

Laxer said that she thinks students are going to begin to miss school as time progresses.

“The initial reaction for a lot of people was excitement, but I feel like with time that is going to change,” she said. “I think people are going to get very lonely being self-isolated and not in our community and not with other people.”

For Snizek, being a Grade 12 student makes the closure a bit harder to deal with.

“I think with being a senior there’s a lot of kind of rite-of-passage things coming up in the next few months, a lot of good traditions that have been going on for years that we’re going to have to miss out on because of this virus,” he said. “As this is our last year, it is kind of disappointing.”

Similar to Snizek, Benami said it was tough to have this happen as her high school experience comes to a close.

“We have all had a great school experience and wanted to have these last few months with our teachers and in the classes that we loved and continuing to do all of our activities on campus,” she said. “It feels like we are not able to fully live out all of the things that make up our ASL experience.”

*Jonathan Novak contributed to reporting. David Novak is the father of Jon Novak.