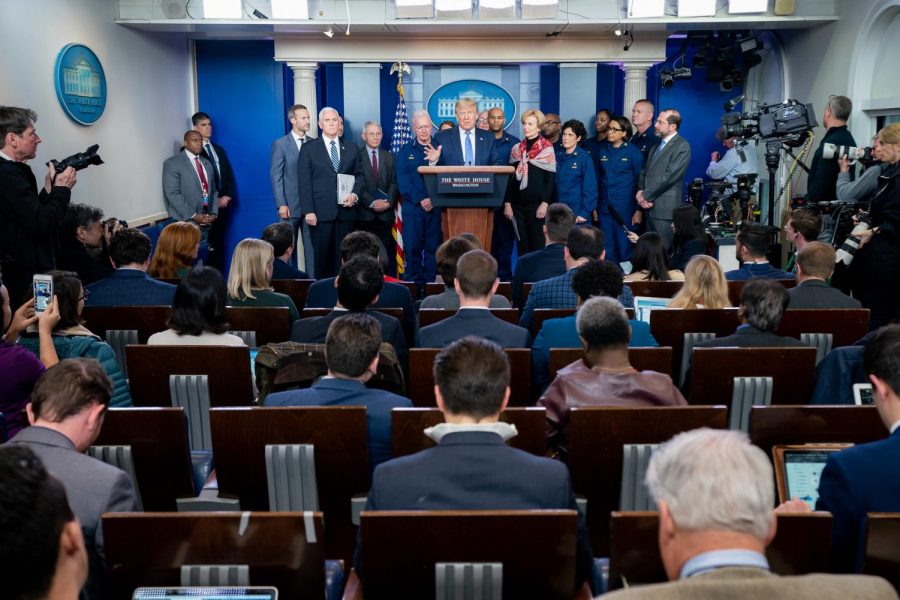 The coronavirus outbreak has upended national politics, with the 2020 campaign largely on hold as senior lawmakers are forced to deal with the wide-ranging impacts of the epidemic.

Perhaps the most notable effect that the virus has had on politics thus far are the two congressmen, Ben McAdams (D-UT) and Mario Diaz-Balart (R-FL), who have become infected with the virus. Several other lawmakers are also in self-quarantine after coming into contact with people carrying the virus, which means that further infections among the political elite are sure to come.

This is a particularly prescient issue given that the average member of congress is 60 years old; among congressional leaders, the average age is 72. Considering that the mortality rate for coronavirus appears to sharply increase with old age, this puts the entire U.S. government’s leadership in an at-risk category.

This issue has also brought the issue of succession into the spotlight: the president himself is almost 74 years old and has a notoriously bad diet. Nobody in the presidential line of succession is under the age of 50, making it all the more important that senior government leaders not be infected with the coronavirus. If illness were to incapacitate the majority of the cabinet, it is unclear who could lead the country through a global crisis.

This also calls to attention the age of Trump’s electoral challenger, former Vice President Joe Biden. At 77 years old, it is imperative that Biden selects a younger vice presidential nominee in order to reassure voters that his campaign can survive the challenges of the coronavirus outbreak.

The coronavirus also stands to alter a down-ballot race this November: the special Senate election in Georgia. Republican Senator Kelly Loeffler, along with fellow Republican Senator Richard Burr, was found to have sold millions of dollars worth of stocks after a closed Senate briefing on the coronavirus. If this is found to be insider trading, which appears likely given the current information, Loeffler and Burr may both be charged with crimes and face immense pressure to resign.

Loeffler, who was appointed to serve as a Senator at the start of this year, is up for election and faces a tough challenge from both Republican Rep. Doug Collins and Democrat Raphael Warnock. She already lacks statewide name recognition and is unpopular among conservatives for her unclear stance on abortion; this scandal could tank her months-long political career.

Furthermore, if Burr is forced to resign, North Carolina would likely hold a special election for his seat this year, adding yet another opportunity for Democrats to make gains and potentially win back the Senate. This, combined with Loeffler’s weakness in Georgia and Trump’s poor handling of the coronavirus crisis, dramatically increases the possibility that Democrats will hold the White House, Senate and House in a years’ time.

It is also worth noting that many state governors have seen their political profiles heightened in leading the charge to manage the coronavirus. In particular, Democrats including Michigan’s Gretchen Whitmer, New York’s Andrew Cuomo and California’s Gavin Newsom have earned praise from media figures for efficient responses to the outbreak. All three are considered to be potential contenders for president in 2024, and this event stands to give them national recognition.