The administration has communicated with the government, kept the school building running and tried to maintain community during the lockdown. 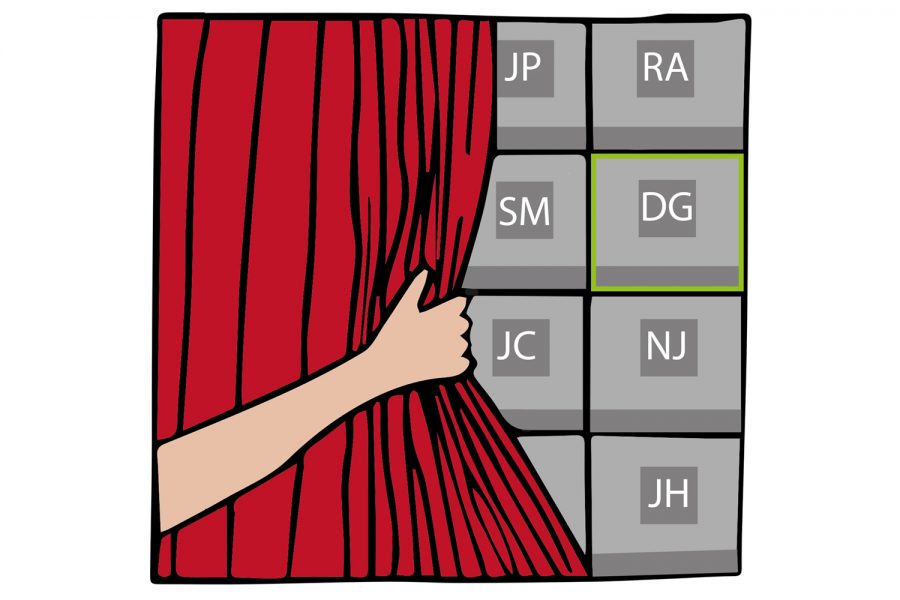 Ever since school closed march 14, the administration have to take on various challenges like implementing the Distance Learning Plan and keeping the school running.

“We have all sorts of channels that we use to track advice,” she said. “Some of it is people we know within the government who can give us heads up on what’s coming, what the thinking is.”

Appleby said that one reason the school communicates with the government is to try to stay ahead of the news and announcements.

“We stay in regular touch with people to try to get as much advance information as possible before it hits the press, just so we can really be on the forefront for our community,” she said.

“ASL’s a bit unique because we’re a private school, so, yes, we follow the official guidance of the U.K. government, and if the U.K. government closes all schools, then we close,” he said. “We elected to close in advance of that decision, so we were closed just over a week before they closed the U.K. schools.”
Planning Distance Learning
High School Principal Devan Ganeshananthan said that two leadership teams, the Senior Leadership Team and the Academic Leadership Team, started working on the Distance Learning Plan in February, when few people thought that the school would have to close.

“The planning for distance learning really honestly started way back at the beginning of the coronavirus,” he said. “At that point, it was pretty unlikely … most people thought this was some kind of distance issue that would never come to our shores.”

Then, once the threat of school closing became imminent, Appleby said that the leadership teams started establishing the logistics of the DLP.

“We’ve done a ton of work to really fill it out and try to make it align with the philosophy for teaching and learning that we already had in place at the school,” she said.

Ganeshananthan said that the school took inspiration and guidance for the DLP  from other schools who had been operating from home for a longer period.

“We have the distinct benefit of being able to learn from other schools that have, unfortunately, already been in this situation for many weeks,” he said. “We weren’t necessarily building the wheel from scratch, so to speak.”

Ganeshananthan said that the DLP evolved during the week before it officially started.

“Originally, the plan was supposed to be really starting out very asynchronous, with the idea of moving into a synchronous model … later on,” he said. “The main change was that the synchronous part started significantly sooner.”

Ganeshananthan said that this change came about due to many factors, such as flexibility within the schedule.

“We did want to make sure that we were focusing more specifically on making sure that there is some flexibility,” he said. “Some people might think that synchronous distance learning means only everyone is going to be on Zoom for 80 minutes, that’s one end of the continuum.”

Finding a balance between different ends of the “continuum,” Ganeshananthan said, was a main goal for the leadership teams. He said they wanted to make sure there is a healthy ratio between structured Zoom meetings and independent learning.

“[The balance is] not necessarily dichotomous,” he said. “It’s more how do the bounds really evolve, and the ratio really evolves going forward.”

In other words, Appleby said that “we don’t think it’s healthy for kids to sit and stare at a computer for four 80 minute blocks a day, so that’s why it’s a combination of synchronous and asynchronous.”

Ganeshananthan said that another factor that was taken into consideration while planning Distance Learning was parent feedback.

“We also did get some parent feedback … in terms of how synchronous instruction can provide a greater sense of normalcy for students,” he said. “That’s something that we wanted to be responsive to as well.”

Appleby said that another aspect of distance learning that is still being developed is how testing will work for quarter four grades.

“We’re also looking at how we will assess learning across the course of the fourth quarter,” she said. “Obviously traditional testing … won’t be done, it’s very difficult to do that in the same way, so we’re going to get creative and find new ways going forward.”
Operating the school over zoom
Ganeshananthan said that departments have weekly check-ins, and department heads then update the administration on what was discussed.

Heynderickx said that he has frequent Zoom meetings with the operations team and the senior leadership team, and that these meetings are quite productive.

“We had a senior leadership team yesterday for an hour and a half with all 12 of us on Zoom together,” he said. “To be honest, it’s surprisingly effective given that none of us were on campus.”

Ganeshananthan said that operating the school over Zoom has some drawbacks.

“[Zoom is] not nearly the same thing as being in person,” he said. “You miss physical cues, body language, tone. It’s very easy for people to tune out, so to speak.”

However, Ganeshananthan said that it seems a majority of the community is up to speed on how to use Zoom.

“Zoom works really well, and it does feel personal,” she said. “People need that connection, so almost all of my Zoom meetings will start with five to ten minutes of people just checking in and saying ‘hey, how are you doing? What are you doing?’”
Activity on campus
Heynderickx said that there are still people working on campus, but they are trying to keep these numbers to a bare minimum.

“We have about four different groups of employees on campus who are absolutely essential to come to campus, even if it’s completely empty,” he said.

Security guards, two maintenance staff per day, people who work in the accounts office, and members of the operations team still work at the school during this period. In addition, the aquatics team goes into school twice a week to check on the pool.

From home, Heynderickx said that he has been organizing projects with contractors.

“The main thing I’ve been doing at home is working with our contractors who were going to do certain projects for us … that they can’t really [do] because of the transport requirements or the requests that people travel as little as possible,” he said. “That’s causing us to delay some projects or rethink some projects we’re planning to do either in the next few months or over the summer.”

Heynderickx said that the school is doing their best to adhere to government guidelines; however, an empty campus is an operations teams’ dream.

“There’s lots of projects we wish we could do when the building is empty, but we’re not going to violate any of the rules about having people travel unnecessarily or being closer than two meters to each other,” he said.
Community building and wellbeing
Looking at the change as a whole, Ganeshananthan said that the DLP is just one small piece of a much larger puzzle.

“The distance learning is a pretty small component of this whole thing,” he said. “The first and most important thing is really people’s health and wellness.”

Appleby agrees with Ganeshananthan and said that in addition to wellbeing, faculty are also considering how to bring the community together and address transition periods.

“We’re thinking about how to maintain and even strengthen community in a time when we can’t physically come together,” she said. “We’re thinking about those who are at transition periods such as seniors and eighth graders and fourth graders … How do we create a celebratory environment in frankly non-traditional ways?”

Appleby said that another aspect that is being taken into consideration is how ASL impacts the greater community.

“We’re also thinking about our larger community,” she said. “How do we fit into it? All of the community service that we are usually providing, if we can’t provide that, how else can we help?”

In response to these questions, Appleby said that different classes are working to give back to the community.

“There are classes, for instance, that are doing things like writing letters to old-age pensioners who they used to see on a regular basis,” she said.

For example, he said that Director of Student Life James Perry is working with student-run clubs to serve this purpose and “create additional normalcy” for students.

Also, Ganeshananthan said that faculty members are looking into the implications of the College Board’s decision to change the format of AP tests.

“Do we agree with that [decision]?” he said. “If we don’t, what are our options, what’s the best thing to really support our students.”

While working towards these academic and wellbeing related goals, Ganeshananthan said that faculty members are collaborative in working through challenges.

“Whenever we’re making big decisions or working on a really tough project, we’re never doing it alone; we’re always working in a group,” he said. “There’s shared decision making, and it is a very very highly collaborative team.”

However, Ganeshananthan said that it’s important to acknowledge that there’s a limit to how normal and productive our lives can be from home.

“That’s going to have a ceiling, so to speak,” he said. “We’re going to reach an asymptote as to how good this is going to be instructionally, interpersonally, everything.”