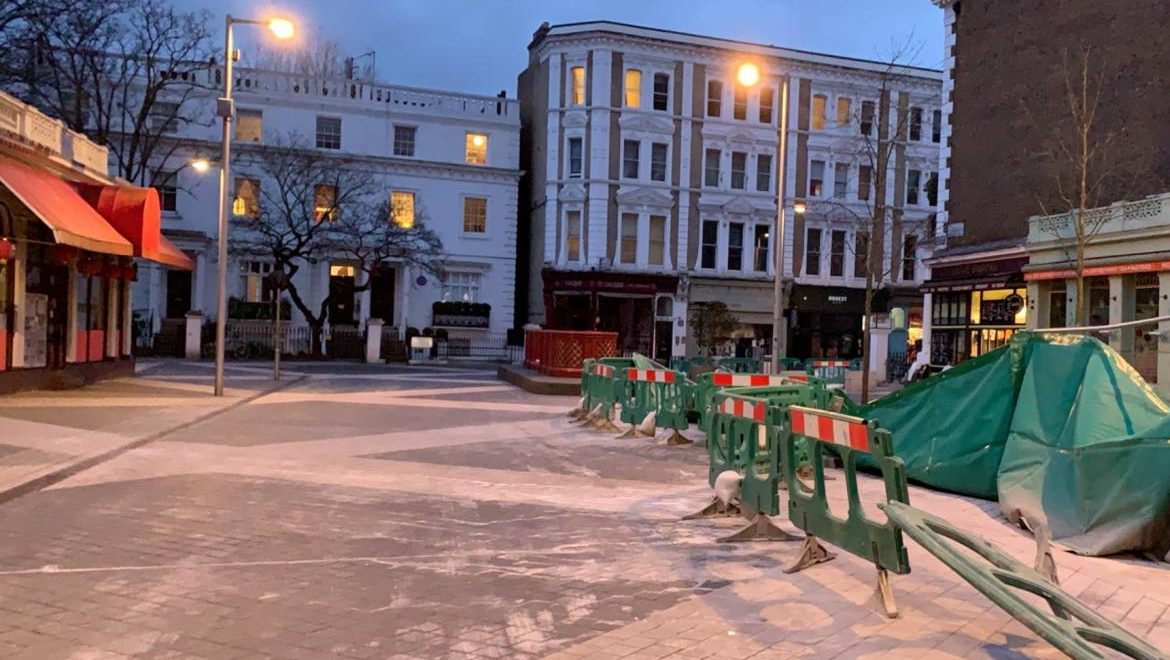 South Kensington is deserted as people stay indoors. The government mandated lock down has shutdown businesses and tried to keep people at home. (Isabelle Lhuilier)

South Kensington is deserted as people stay indoors. The government mandated lock down has shutdown businesses and tried to keep people at home.

During the past few weeks, the world as we know it has seemingly been brought to its knees. In order to combat the COVID-19 pandemic, countries such as China, Italy and France, and many states in the U.S., have adopted intense lockdown measures. The U.K. recently started to do the same. Although many believe such protocols are necessary in order to plateau the spread of the virus, it is important to understand the negative ramifications of, essentially, shutting down large areas of the world.

This is a frightening time and my intention is not to undermine the seriousness of COVID-19; rather, it’s to say that we all need to think through our responses cautiously. Shutting down entire cities for weeks on end may end up causing other serious problems with disastrous consequences.

For the U.S., Japan and South Korea, the first step in containment was to close schools. While one can argue that children easily carry the disease, we need to consider the impact of moving to home learning, especially for low-income families. According to the BBC, nearly 1.3 million children in British state schools receive free or subsidized school meals. For many, these are the only nutritious meals they receive each day. Additionally, some children attend school to escape problems at home and could struggle with suddenly having to spend all their time in a dangerous environment.

For a large portion of us, while we may be annoyed at the prospect of having to do school work from home, it is a viable option. However, there are some young people who don’t have access to the internet or at least speedy internet. In some cases, there may only be one computer per household, so families with multiple children could have limited access to online learning.

Furthermore, we cannot ignore the fact that shutting down cities will drastically impact the economy. Walking out of my house today, the windows in the majority of the shops on my high street have gone dark – some not to reopen.  In just two weeks, the U.S. unemployment has skyrocketed up to 9.95 million people. According to The Telegraph, some experts believe this could increase to 40 million by April.

When skimming through social media, it is impossible not to come across posts imploring everyone to remain at home and often demonizing those who don’t. It is ignorant to assume that self-isolation is a viable option for everyone. We need to consider the taxi drivers, NHS staff, cleaners, truck drivers, plumbers and other jobs where you cannot work from home.

The majority of those in high-income jobs can work from home, while the majority of those in lower-income jobs cannot. Therefore, not only could a large portion of our population be out of work, but they may also not have the savings to hold them over until they can find another source of income. Imagine you are a small business owner and have worked your entire life to build up your shop, restaurant or workout studio. You may not have the financial means to survive a two-week closure, let alone two months. Moreover, even those in mid-high income jobs could be at risk if there is an economic downturn. In a survey conducted by The Washington Post, one in three Americans have seen a family member lose their job and nine in ten predict the outbreak to result in an economic recession.

Not only could a large portion of our population be out of work, but they may also not have the savings to hold them over until they can find another source of income.”

The U.K. government has offered to bail businesses out, however, affording this requires the government to borrow a tremendous amount of money which it will have to pay back in the future either through taxation or inflation.

Italy has promised €25 billion in aid to assist families but, according to Sky News, some have still not received that help. Moreover, Italy has a large portion of workers who don’t officially record their unemployment and therefore are not eligible to receive this aid.

U.S. President Donald Trump has signed a $2.2 trillion relief bill to provide income support for U.S. citizens. However, according to NBC News, a large portion of the population is ineligible, including most university students, the elderly living with family and anyone who made more than $75,000 last year, even if they have since lost their job. And let’s face it, $1,200 is not nearly enough to support someone in the long run. The global economy is already feeling the frightening effects of COVID-19, and as countries remain shut down these will likely become more and more serious. While it is important to take the disease seriously, worldwide economic depressions will lead to increased suicide rates, crime and generational poverty.

Additionally, the extended lockdown in Italy is starting to spark civil unrest as citizens are frustrated with seemingly minimal improvement amidst severe restrictions. Police are being called to break up raids on supermarkets amidst claims that people are running out of food. Sky news reported a video of an Italian man begging police officers to let him withdraw his mother’s pension fund and claiming the family has no other money. The desperation in Italy is becoming more and more palpable and raises concerns of whether or not the country will be able to keep its population under control.

Moreover, extended periods of lockdown will take a physical toll on citizens. Decreased physical activity and fresh air could worsen health conditions. Additionally, some scientists believe COVID-19 is a disease that will become annual like the seasonal flu. In that case people need to get it to be immune and we could be missing out on giving herd immunity to the younger population.

However, what is arguably the most concerning impact of a global lockdown is the impact increased government power could have on civil liberties and privacy. In counties such as the U.S. and U.K police have been given increased powers and, according to the New York Times, Italy is tracking citizens’ phones to determine those not complying with lockdown measures. Additionally, according to Global News, Candadian president Justin Trudaeu said he “would not rule out” using location data from cell phones to track COVID-19 cases in the future.

This is frightening. While these powers would help the government enforce lockdown compliance, they could also easily be abused. We need to ensure that these powers are taken away as soon as the virus is contained. If not, life could start to look very different in terms of personal freedom.

The reality is that lockdown is not a viable way for a society to function in the short term, let alone the long term. We may eventually have to come up with a way to live alongside this virus. Boris Johnson said the U.K. will be able to contain the virus within 12 weeks, but even during that time the social and economic impacts of a lockdown could be irreversible.

This is a time of intense panic. From standing amidst barren grocery store aisles and watching people fighting over the last box of toilet paper to looking out on the street and seeing more surgical masks than cars, it’s easy to become caught up in what feels like mass hysteria. We need to think through all of our actions carefully, be prepared for the consequences, and be open to changing our responses if they are causing serious problems

It is important to take a step back and consider everything with a level head. Maybe all of these measures will turn out for the better. Maybe acting this extreme is the only way to combat the disease. But, we should be careful not to destroy ourselves in the process.