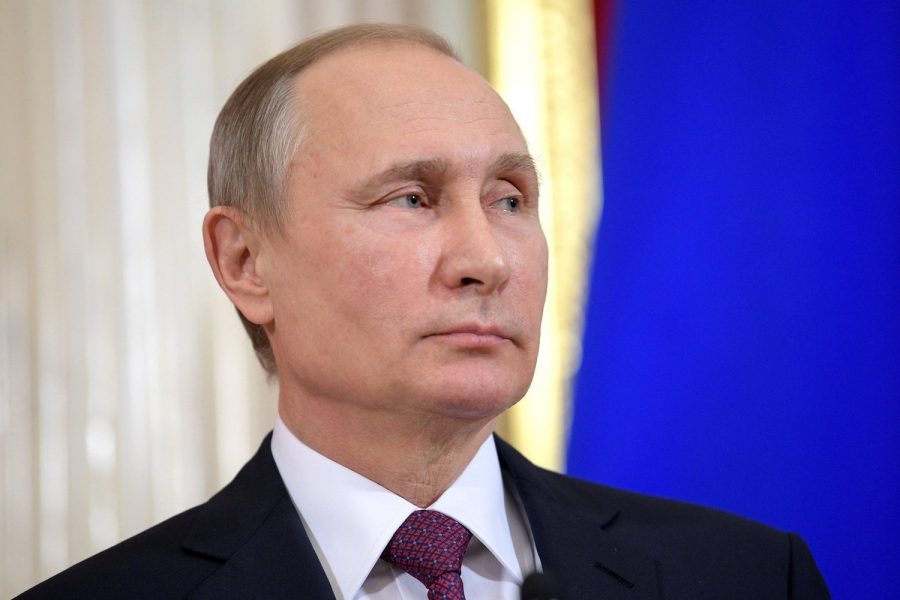 Russian President Vladimir Putin has introduced a constitutional amendment that would remove term limits on Russia's presidency. The amendment, which has been approved by Russia's legislature, is expected to be approved by an upcoming public referendum, allowing Putin to continue serving as president past 2024.

Having served as both Prime Minister and President of the Russian Federation for the last two decades, Vladimir Putin might become the longest-ever serving leader in Russia’s history if his recent proposal to extend the presidency receives approval by the Russian Constitutional Court.

In his annual State of the Nation’s Speech March 1, Putin described his presidential accomplishments and implied that the next few years, during which the next presidential election is meant to take place, will be critically important to Russia’s future. Putin announced that Russia should hold a vote on a new constitutional amendment March 17, initiated by the president himself, that would keep him as the country’s leader for an indefinite period of time.

Micaella Lavi (‘21) said that she believes having the same president for an extended period of time can have an adverse effect on the country, regardless of the country’s policies or governmental structure.

“I think what’s important is that you can’t be in power for too long, because eventually it becomes taken for granted and looking internationally, there’re a lot of people in power right now that really don’t put the people first,” she said.

As the current constitution of the Russian Federation would force the current president to step down in 2024, Putin drafted a proposal to amend the Russian Constitution to enable any Russian presidential candidate to run for office regardless of how many terms the president has previously served. In other words, Putin wants to completely remove any sort of presidential term limit.

Natalia Smith (‘21), who lived in Moscow for 11 years, said that there is no concrete reason for Putin to stay in power.

“I think it could be worse, but that’s not a reason for him to stay president,” she said.

In addition, all 85 regional parliaments approved of Putin’s proposal, allowing this legislation to move onto the next stage of the approval process at the Russian Constitutional Court, meant to be held April 22. However, due to the coronavirus pandemic, Putin declared the date of the vote will be moved.

Even though the constitutional amendment is not yet finalized, Smith said that the overall lack of resistance to Putin’s leadership can be explained by government corruption and the public’s hesitancy towards change.

“It was obvious that he would be able to be in charge for as long as he wants, and I guess [it’s] that give-up mentality that there is always going to be corruption,” she said. “It shouldn’t just be seen as okay.”

Additionally, Smith said that bending and amending the laws is extremely prominent in Russia, and identifies this to be the key difference between Russia and democratic countries.

“I know that when we lived there, a lot of the time there wasn’t a way to do things legally all the time, and it’s just normal to do backhand approaches there. It’s not like the U.S., where there are clear rules for everything,” she said.

Similarly, even though Lavi said that even though the basis of the governmental structure of Russia was built to be democratic, dishonest conduct of those in power has redefined Russia’s government system.

“I think there is a lot of corruption and a lot of inequality with the power structure that has led it to become less and less of a democracy,” she said.

Whilst Russia declares itself democratic, Calvin Jacobs (‘23) also said that he believes that the president’s actions are causing Russia to stray further from being a democracy.

Jacobs said that Putin’s manipulation of the election system in Russia will reverse democratization and pave the path for Russia’s return to a monarchical government.

“If this [constitutional amendment] were to pass, it would give him power to control who is in the parliamentary house, which would lead to pretty much him being a monarch, and it would destroy the idea of a democracy within the country,” he said.

Jacobs said that even though the date of the vote on Putin’s proposal has been moved, he believes that Putin will still go through with amending the Russian Constitution. In addition, he said that the current crisis at hand can better secure his leadership.

“He [Putin] has enough people that would vote for him, and even though it’s in the time of crisis, that could even [help]. If he does a good job getting people out of the crisis, more people would trust him. So yes, I do think that he will still carry through,” he said.