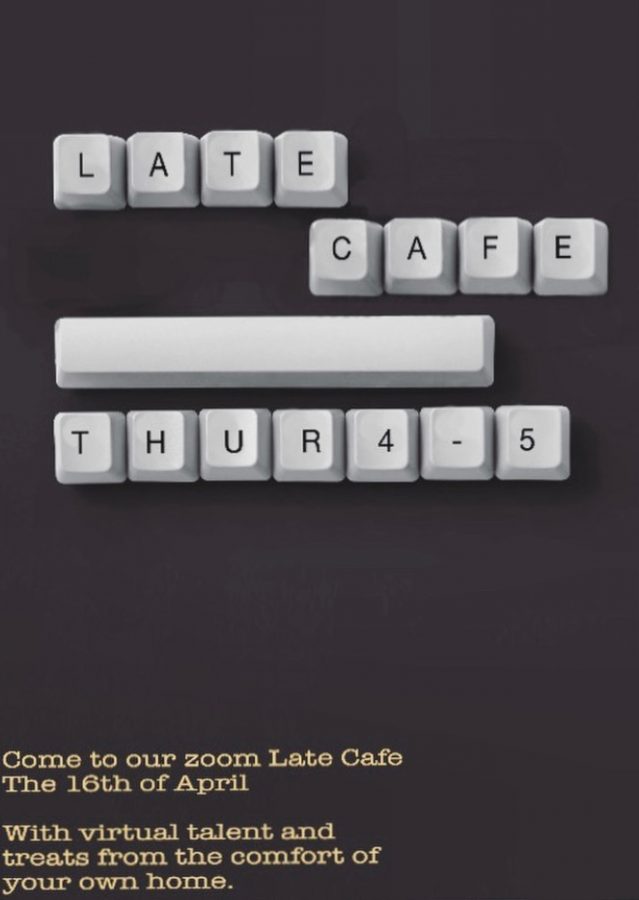 Despite the school closure, Late Cafe is continuing to provide a coffee-house style, open mic for the community. The first-ever virtual Late Cafe will be held at 4 p.m. over Zoom.

Co-organizer Thomás Belinky (‘20), said that it was important for him to keep Late Cafe going.

“[The Late Cafe team] still wanted to keep it up because we think it is a really great atmosphere, especially now since it is kind of hard to get together with your friends,” he said. “We think it is a cool way to connect with people.”

Students and faculty that signed up to perform will have a chance to hop on the mic during the one-hour Zoom call. People are also invited to come watch without performing.

Belinky explained that Late Cafe usually has a free-flowing atmosphere where people can perform if they feel moved. Yet, for Zoom, he noted that they have tried to adapt the format, with co-organizers Delaney Edwards (’20), Lily Mager (’21) and Belinky taking on more of a moderator role.

“It is going to be a different vibe, since it is all going to be online,” he said. “My biggest worry is that it might be a little awkward.”

Belinky said that in the end he hopes it can help create a sense of comfort of a normal school environment.

“I’m just hoping that we get at least somewhat of a similar atmosphere that we get in the Learning Commons,” he said.

The virtual Late Cafe is open to anyone in the community. The link to the Zoom can be requested by emailing thomas_belinky@asl.org.