The Standard • 1st May 2020 • https://standard.asl.org/15035/opinions/swedens-relaxed-approach-to-covid-19-results-in-dangerous-outcome/ 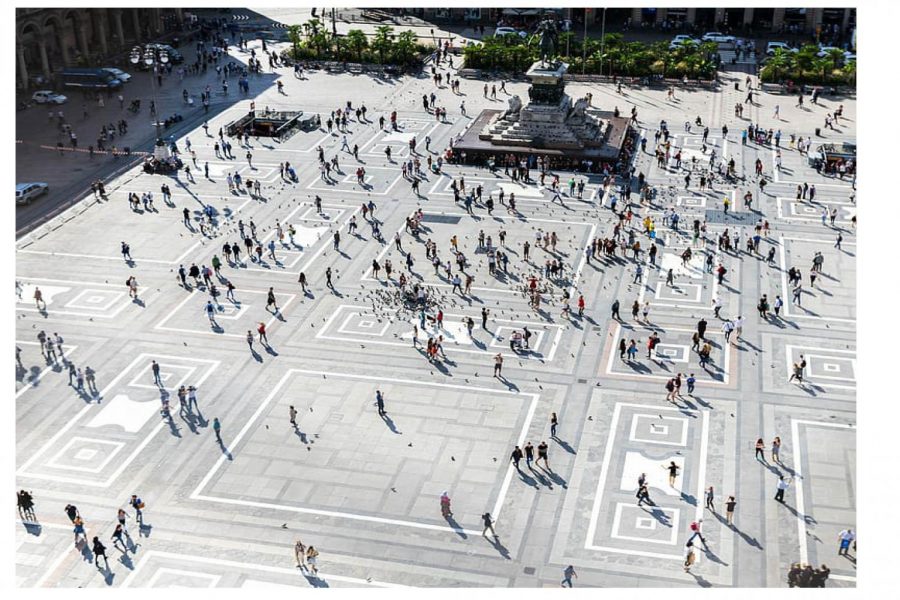 Opinions Editor: Print Polina Dashevsky tackles Sweden's approach to the Coronavirus and whether or not its rules are appropriate.

In the past month, numerous European countries have implemented a multitude of strategies to help contain the outbreak of COVID-19. However, unlike these other European governments, Sweden is taking a relatively relaxed approach in responding to the pandemic, as the country has not employed any strict measures to combat its spread.

Over the past few weeks, I have felt the pandemic dictate my life – from what I can buy in a store to whom I can and can’t see. Therefore, I was surprised to discover that life is continuing as usual in Sweden, with gyms, playgrounds, restaurants, schools for under 16’s, and other public places remaining open. Compared to the rest of the world, the lack of fear and anxiety amidst a pandemic in Sweden is startling to witness.

Sweden’s Chief Epidemiologist Anders Tegnell, claimed that there is no clear evidence that severe governmental policies, as compared to a hands-off approach, will result in a different outcome. This model of thinking is based on the simulations designed by the Swedish government, which indicate that a more relaxed approach will result in fewer hospitalizations per 100,000 people.

Even though Sweden did impose some limitations on its residents, they are extremely loose in comparison to the restrictions in other European governments. For instance, on March 11, Sweden prohibited gatherings of above 50 people. However, countries like the U.K. have already reduced all non-essential contact by banning gatherings of people of up to just two people who are not from the same household.

Yet, not all Swedish citizens uphold the national strategy for combating the virus, with some Swedish residents taking measures into their own hands. According to Forbes, voluntary social distancing is reflected in decreased usage of public transportation. In addition, more than half of Stockholm residents are reportedly working from home. Furthermore, at the end of March, 2,300 doctors, academics, and scientists signed a letter to the Swedish government petitioning for stricter measures.

On one hand, Sweden’s approach is beneficial as it reduces national panic. For instance, in London, I have to wait in an hour-long queue (if not more) to enter my local grocery store, whereas in Stockholm there are barely any queues to enter the supermarkets. Additionally, after waiting for an hour and finally entering the store, I am disappointed to see that the majority of the shelves are empty. I see people greedily stuffing produce and essentials, such as toilet paper or canned food, into their shopping bags, as others are left empty-handed. In Sweden, however, supermarket shelves remain well-stocked as there is significantly less pressure to panic-buy.

While I am slightly jealous of the lack of panic under the current Swedish policies, I still question the efficacy and value behind such a strategy. For instance, the cases of people diagnosed with COVID-19 do not appear to be lower in Sweden than in other European countries that have implemented stricter measures.

On April 22, 16,004 cases were reported in Sweden. In addition, the number of deaths has been steadily increasing, bringing the total number of deaths to 1,937. According to Time, approximately 8% of Swedes diagnosed with COVID-19 have fatal cases, much higher than the 2-3% who die globally. In comparison, Norway and Denmark, Sweden’s neighboring countries that have stricter measures in place, have only 2% and 4% mortality rates, respectively. Even though the high fatality percentage in Sweden could be a result of the country’s low testing rates, Sweden’s approach could also be at fault.

According to the same source, Sweden’s current strategy does not come without risks: Sweden has the second-lowest number of intensive care beds in Europe. As there are only five beds for 100,000 residents, it would be highly unlikely for their healthcare to successfully handle a severe outbreak.

While a loose approach can increase public optimism and help relieve the country of the draconian repercussions of a complete lockdown, it is the responsibility of a fair democratic government to ensure and prioritize its citizens’ safety. As this is a pandemic, countries need to work unitedly to ensure that the most are being done.

Even though I respect Sweden’s loose approach, and am envious of the shorter queues in stores and the ability of Swedish residents to go out, stricter measures need to be enacted to ensure that they effectively and safely combat the pandemic in the shortest period of time possible.