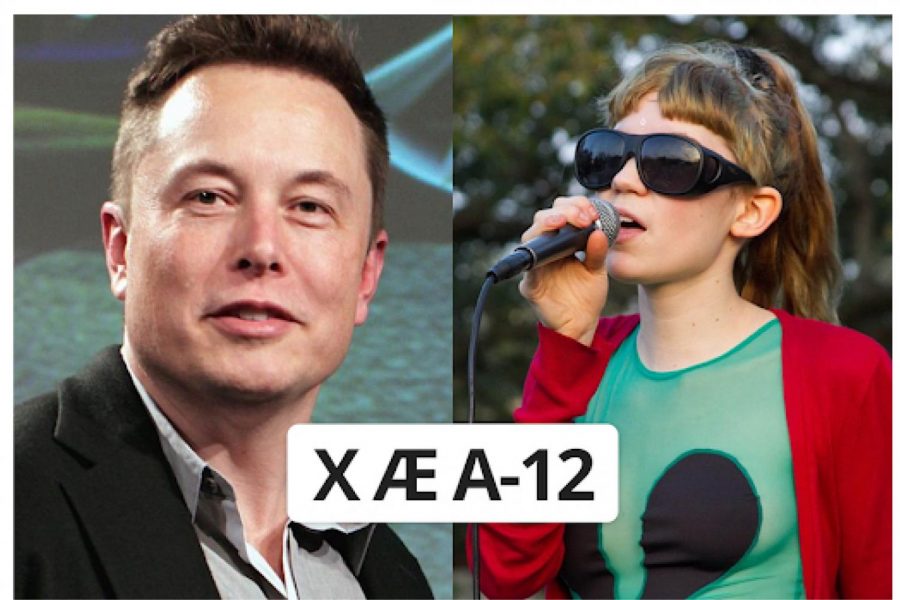 Elon Musk and Grimes have been questioned over the name of their newly born child.

Elon Musk, CEO of SpaceX, Tesla and Neuralink, announced his newborn baby May 5 with girlfriend and Canadian singer Grimes. On Twitter, Musk revealed that the newborn baby is male, with the name of X Æ A-12.

Grimes, whose legal name is Claire Boucher, explained on Twitter that the “X” in the name stands for “the unknown variable” and the “Æ” is Grimes’s “elven spelling of Ai (love &/or Artificial intelligence),” where “ài” is the Pinyin spelling of the verb “to love” in Mandarin. She said that the “A-12” is “precursor to SR-17 (our favorite aircraft). No weapons, no defenses, just speed. Great in battle, but non-violent.” Musk corrected Grimes in a response on Twitter, saying that their favorite aircraft is named “SR-71,” not “SR-17” as Grimes said in the original tweet.

The tweet explaining the baby’s name gained over 150,000 likes in less than a day, a much greater figure than most of Grimes’ tweets normally receive.

Aaron Stephen (’23) said that he thinks that the name is not the real name of the child, but is instead an alternative nickname or codename of sorts.

“I don’t think that’s actually how it’s spelled,” he said. “This is following on the train of silliness that [Musk] been going with. It’s maybe a code for an actual name.”

Stephen is part of a group who believes that the child’s true name is Kyle. “The X is the Greek letter Chi [written as ?], pronounced ‘Ki.’” he said. “The Æ is pronounced ‘ai;’ A-12 is the 12th letter of the alphabet: L, so it’s pronounced Kyle.”

According to an article published by The Guardian, state law in California, where Musk lives, only permits for newborns to be named with the 26 letters of the English alphabet. X Æ A-12 would therefore not be permitted, as it includes characters outside the alphabet; which would support the hypothesis that the name is not the legal name of the newborn child.

However, California’s naming rules have come under fire in the past due to their prohibition on letters with accents, particularly in that several Hispanic names such as “José” and “Ramón” are not allowed. For the time being, it is still unclear whether Musk and Grimes will be able to legally name their newborn child X Æ A-12, and whether the child’s name truly is X Æ A-12.