Injustices in sports must be recognized 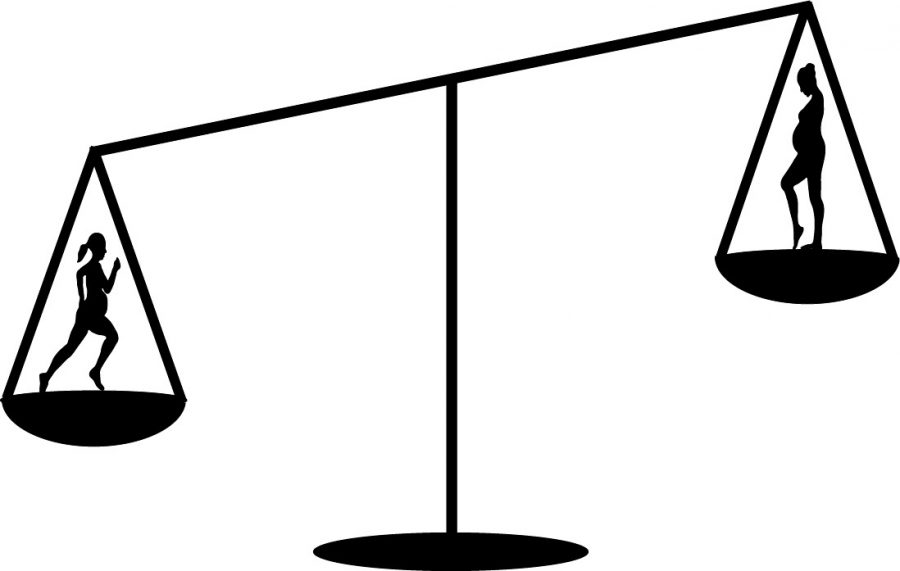 Though Nike promotes the importance of respecting athletes, it seems like they don't practice what they preach. Nike, along with other sports brands, must recognize these mistakes and act upon them.

Just Do It. Nike’s illustrious slogan encourages people to reach past their limits and challenge the un-thinkable; it inspires people, pushes them, leaves them dreaming to be the best athletes they can be.

In September 2018, Nike pioneered a campaign “Dream Crazy,” where they endorsed athletes of all genders, ethnicities, and abilities. Former NFL quarterback  Colin Kaepernick narrated and promoted the slogan,  after kneeling during the national anthem in protest to the systemic oppression faced by African Americans.

Nike projected the image to the world that they not only wanted athletes to push past their limits but also advocate for those who don’t get the same opportunities.

Last year, I stumbled upon a New York Times Op-Doc (opinion documentary) on YouTube where Alysia Montañno, Olympic track, and field athlete, spoke out about unjust treatment from her sponsors Nike and Asics during her pregnancies. I was shocked to learn that Nike had terminated  her contract during her pregnancy.

Weeks later, I was appalled to learn that she wasn’t alone. Allyson Felix, an Olympic Gold Medalist, and star of many Nike ads was held to the same restrictions.

Pregnancy is the time where female athletes need the most support. With insufficient funding and deadlines to reach certain positions or times, it makes that post-partum comeback even more difficult.

There is already a misconception that women are unable to reach their original fitness level after giving birth, but Montaño disproved that stereotype.

She won National Championship titles only six and eight months after giving birth, before competing in the World Championships later that year. Cutting off and pausing contracts only further disrupts the recovery period and shows disbelief and lack of support in women.

As an athlete myself, I questioned my role as a consumer of these brands, who had created unjust and sexist maternity leave contracts.

Months ago, I was stunned by the  “Dream Crazier” campaign by Nike, which bashed unfair treatment and sexism experienced by women. I was glad that I was supporting a company that wants to see female athletes thrive and achieve as much as they can.

Yet, since hearing the confessions of countless women that I look up to, I realized that, though Nike seemed to advocate for women, they didn’t uphold the same values I thought I was supporting.

However, after starting an intense debate on the rights of female athletes, Nike made changes to protect its athletes.

Alex Morgan, U.S. women’s national team member and two-time world cup winner, made headlines as one of the first to experience these changes in her new contract. The new maternity protections prevent women from reductions in pay, so they are no longer penalized for having children.

While women needing maternity protections shouldn’t have to wait for statements that damage a company’s image, the impact of the conversations started are colossal. The call-out was a reality check; brands that claim to support women and other social justice-related beliefs, take advantage of their platforms. Many other brands have come forward to show that they stand for the rights of female athletes.

Injustice in sports must continue to be recognized and eliminated.

In so many situations, athletes are silenced due to limitations in contracts. They are forced to make a detrimental decision; they can either stay silent about something that continues to oppress them and others, or they can face financial consequences that harm the welfare of themselves and their family.

No one should have to choose.

When change comes, companies must embrace it. Sponsoring an athlete is more than using them for marketing. Their livelihood depends on the payment and treatment they receive from a company. Without proper support, athletes will be pushed out of competition and harmed in the long run.

Nike made a mistake, and they fixed it. New protections do not erase the damaging past of old restrictions, but it is a reminder to look forward and re-evaluate the power and platform a company holds over it’s sponsored athletes.