The Standard • 20th May 2020 • https://standard.asl.org/15331/features/teachers-share-alternative-passions/ 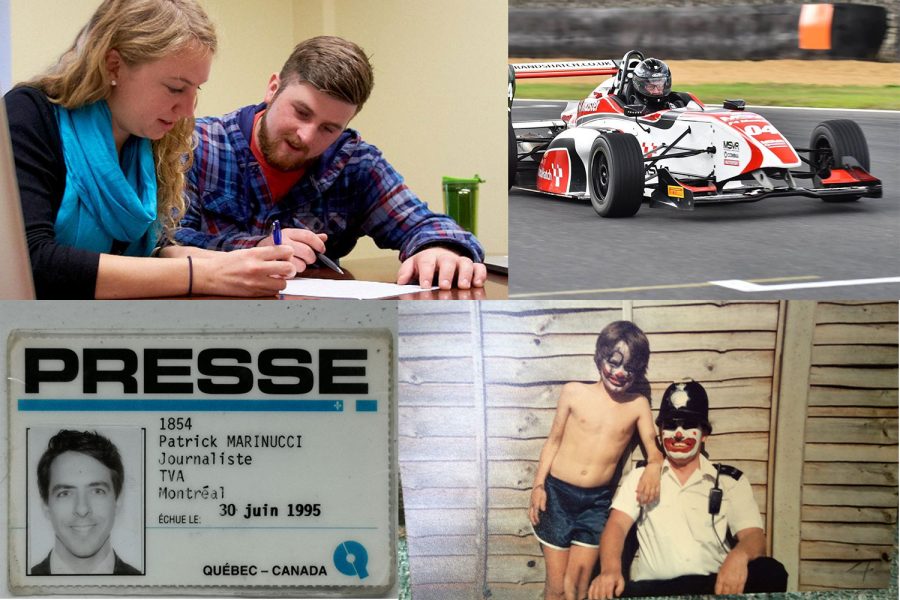 Teachers reflect on their passions aside from teaching, ranging from journalism to race car driving.

While teachers feel that they already have their dream jobs, there are other professions and fields that they would have considered pursuing had they not gone into academia.

Science Teacher Andrew Ringham worked as a teaching assistant for an introductory physics class while in college. He led the class and helped students with their work, which he said was very enjoyable. Eventually, he decided to experiment with teaching for a couple more years, which has now transformed into his full-time profession.

If Ringham had not chosen to teach in the High School, he said he would have explored the field of astrobiology.

Similarly, English Teacher Phoebe Krumich said she would pursue a career related to her current profession.

“Being a theater critic, it would be great to be so engaged in the theater world and see so many plays and do the writing about them,” she said. “I do so much talking about books and theater, so it would be great to have to craft some meaning out of them and share that with other people.”

“If I were not teaching at ASL, I would want to be involved in some kind of social justice work, probably environmental activism,” he said.

Pringle has questioned authority throughout his life, and has tried to show students alternate solutions to problems.

“I’ve always tried to question [the] status quo, and in teaching economics, especially, I’ve managed to open up young people’s minds to others, or show them that other ways are possible,” he said. “There are alternative solutions to problems.”

World Language Teacher Patrick Marinucci also found his past job through one of his passions growing up. Before becoming a teacher, he decided to explore the movie industry and became a TV-journalist as a result of his interest in news and reporting.

“I ended up being a TV-journalist and was doing my own little movies, like a minute and a half every day,” he said. “So, I guess it influenced me to become more like a TV-journalist than a newspaper journalist for instance.”

During their childhood, many teachers said they imagined potential careers and planned for the future. However, some of these career plans changed and shifted over the years.

When Ringham was younger, he had a very different career path that he dreamt of pursuing.

However, some teachers were influenced by their parents when imagining their careers. Pringle said that his dad was a policeman growing up, which led him to dream of becoming a police officer as well.

Unlike Pringle, when Krumich was a child, she intentionally wanted to pursue a different career than her parents.

“Everyone in my family is a teacher,” she said. “Growing up, I thought I’m definitely not going to become a teacher and that I couldn’t do that.”

However, Krumich said her interest in teaching was ignited during college when she became a writing consultant.

“When I was in college, I became a writing consultant, and so I was helping fellow college students with their writing and I was trained to do that,” she said. “It became something that I was really passionate about.”

Similar to Ringham’s unexpected journey to teaching, Krumich found her way to her current job by her experience with a different profession when she was younger. After becoming a writing consultant in college, Krumich realized that she wanted to pursue a career similar to consulting on writing and decided to explore her options while traveling.

“I went to France and I was teaching English there, but that was sort of a way to travel,” she said. “Then I found out that while I was doing that, that was the year after I graduated college, ‘actually, this is what I want to do.’ From there, I was hooked, and I’ve been happily teaching English ever since.”

Pringle said he felt inspired to teach after his experience with education in middle and high school.

During high school, Pringle said that “there were a couple of teachers who just rescued me. About the age of 15 or 16, I realized that this is what I want to do. I want to go and try and make a difference in young people’s lives.”

This interest in sparking change began during Pringle’s adolescence when he said that he started to see a certain injustice within law enforcement.

“In the 1980’s, when there were lots of social conflicts in the UK, my dad would go to those riots as a policeman; he would get stuff thrown at him like bottles and the rest of it,” he said. “Suddenly it didn’t seem like such an attractive job.”

Eventually, witnessing his dad’s experience shaped his understanding of injustice and violence. “I actually got a bit older than that and started to see some of the problems with corruption and institutionalized racism in the police force,” he said. “It just didn’t seem like something I wanted to be a part of. It seemed, in some ways, an oppressive system.”

Marinucci made the transition from a profession in journalism to teaching when his wife was offered a teaching job in North Africa. He found that being a journalist in Tunisia was difficult, eventually leading him down the path of education.

“I actually started teaching journalism at [a] university in Tunisia, and that’s what brought me to the profession of teaching,” he said.

He also began to teach French classes, which he eventually taught more than journalism.

“And since then, I’ve been teaching in mostly American schools and International schools,” he said.

Regardless of their childhood dream jobs, past careers and job experience that have led them to the profession of teaching, all of the teachers expressed a passion for their subject and a love for the opportunities that come with their job.

“Seeing students kind of catch fire and go and do something about it, you know make change in the world,” Pringle said.

Marinucci was ultimately happy that he transitioned from a TV-journalist to a teacher.

“It’s the kind of life that brought me into the world of teaching and I have done my masters in teaching since, and I really enjoy it,” he said.

“I love the subject that I teach,” Krumich said, “and I love getting to spend all day thinking about it with students, who are just the most fun people in the universe.”