The Standard • 26th May 2020 • https://standard.asl.org/15369/opinions/covid-19-must-result-in-structural-economic-climate-reform/ 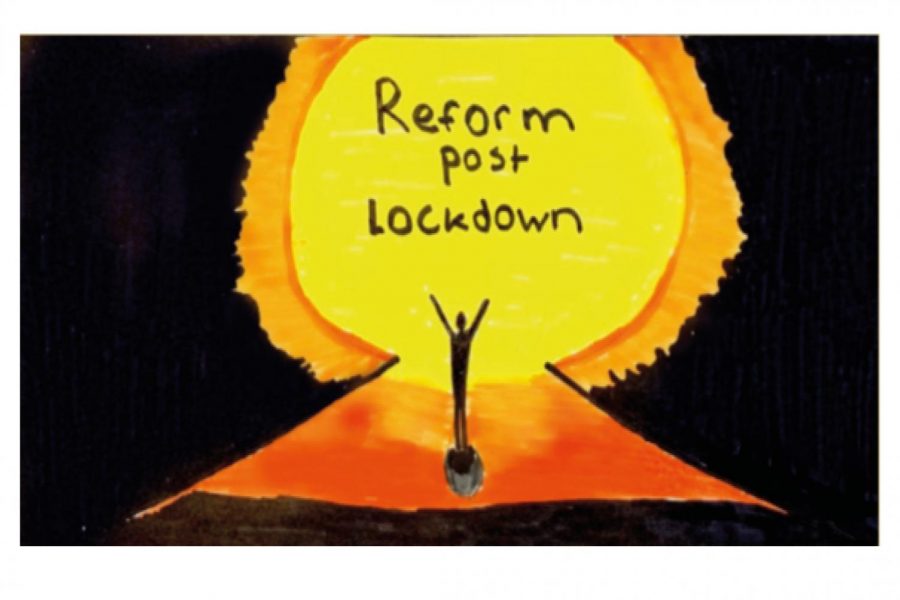 After the pandemic resides, countries must properly rebuild their economies.

The world’s recovery to normality has a long way to go. However, in the past week, we have witnessed the easing of previously strict lockdown restrictions. On May 10, Boris Johnson made changes to the U.K.’s lockdown rules, which now grant citizens the ability to see one person at a time from a different household, engage in unlimited exercise and take part in open-air sporting activities, while social-distancing rules remain in place.

Additionally, non-essential retail among other businesses, such as pubs and salons, are planned to slowly start reopening June 15 after being closed for over two months.

The U.S. is similarly easing lockdown restrictions in an effort to kickstart the economy. We are slowly starting to see the light at the end of the tunnel.

I used to hope for the days when the pandemic would be over and when everything would return back to normal. However, after gaining insight on the extensive breadth of repercussions, some positive and some negative, I soon changed my mind. I no longer believe that everything should go back to normal.

As we begin to ease lockdown restrictions, we need to start thinking about reforming, rather than just restoring, the foundation of our economy, our approach to climate change and other underfunded or underdeveloped services.

This pandemic drastically undermined worldwide economies, putting many individuals on the brink of bankruptcy and leaving millions of previously employed individuals jobless.

The fact that COVID -19 could so rapidly impact national economies is shocking, but it also pinpoints its faults. Therefore, we need to spearhead reforms that would produce a better-functioning economy, which would then protect us from another drastic collapse.

The U.S. economy, which is significantly supported by big businesses, should implement policies to more effectively support its lower-middle-class citizens. Think about this: if American households were to be better supported by the U.S. government, there would be less unemployment and higher chances that their debts would be repaid. It is evident that decreased unemployment would equally be advantageous not only for big businesses on Wall Street, but also for small firms on Main Street.

The United States’  economy is indeed very fragile – its foundation is built on debt, which makes it susceptible to economic downfalls. Continuous blows to the economy, including the COVID-19 pandemic, will only result in more long-term serious issues.

While the U.S. will continue to raise revenue through debt, it is inevitable that in economic recessions, many won’t be able to pay back the debt. The shaky foundation upon which the U.S. economy is built could be strengthened if the U.S. was to reduce household debt, which can possibly be accomplished by increasing wages while slashing credit costs.

Additionally, the increasing number of unemployed workers, both across the U.S. and the U.K., raises enough red flags to spark concern regarding unemployment systems. For instance, workers, who have been furloughed from large companies have to look to state employment systems for support.

According to Financial Times, Jeremy Hicken – president of the union UNITE HERE Local 737 – believes the employment system in Florida to be “completely broken” as only a fraction of those affected were able to receive checks.

Consequently, as millions of workers are getting furloughed, state employment systems are being bombarded  – people, surviving on already minimum wages, are unable to receive their benefits. Therefore, as large companies continue to furlough their employers, individuals struggle to find ways to sustain themselves since looking to inefficient employment systems for financial support is often non-effective.

Finally, the question of whether we can tackle climate change alongside COVID-19 recovery pertains. The drop in CO2 emissions under lockdown gives us a chance to rethink our strategy of tackling climate change. Currently, global climate action, and specifically its funding, remains insufficient.

Yet, the economic impacts of climate catastrophes continue to be drastic. Morgan Stanley estimated that 16 weather and climate disasters in the U.S. cost $309 billion in the span of a year in 2017.

It is predicted that if we don’t cut down our production of greenhouse gas emissions soon, the costs – economic and humanitarian – would be significantly higher later. The pandemic gives our elected leaders the opportunity to reconsider their strategic approaches to climate change, and rethink the funding for climate change programs.

Some may argue that attempting to rebuild our economy, when it’s at its most vulnerable, is morally wrong. However, if we don’t attempt to rebuild it now, doing so after the fact would be too late.

We don’t want to exacerbate our economy further by immediately starting to excessively fund climate change programs – the crux of the matter is how we can create a gradual palatable response to both of these global issues.

Upon eventual elimination of all lockdown restrictions, the pandemic will undoubtedly change our society. The dent in our economy and the continued fear of another COVID-19 spike will continue to dictate and impact our daily lives.

However, despite its draconian repercussions, the pandemic grants us an invaluable opportunity to rebuild the flaws in our economies while simultaneously paving the path for additional improvements.

While of course reviving the economy is currently of foremost importance, urgent reform remains a necessity. In the long-run, we need to think about how we can build-up our society to avoid brutal downfalls in the future, rather than just learning how to simply resolve them in the short-term.