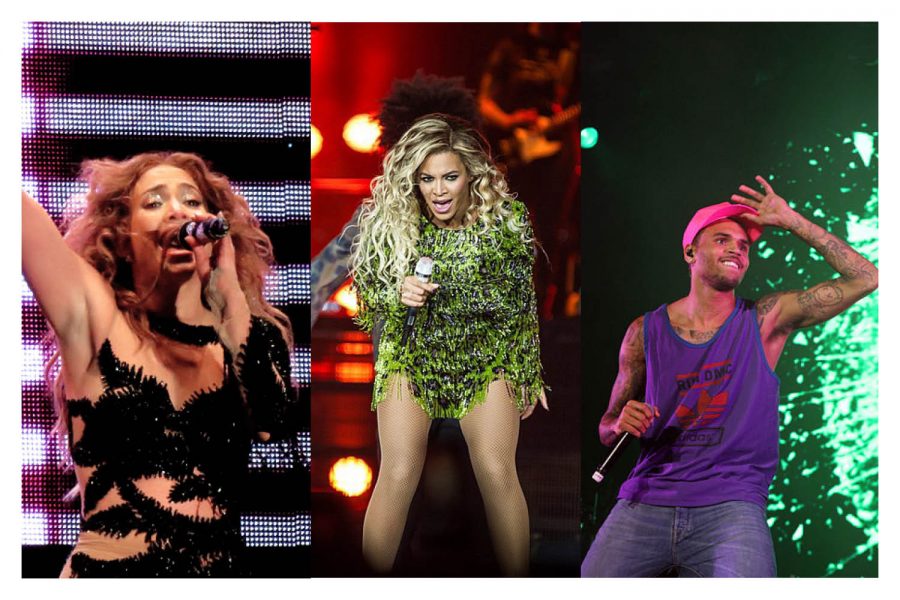 With many music artists releasing songs with explicit and inappropriate content, younger generations must become informed on the true meaning of these lyrics and unrealistic expectations they set.

What is something we experience every day?

It is there every time we walk into a store, at every event we attend, in our homes and at school. We are regularly exposed to and undeniably impacted by music.

Music is not only something we hear every day, but the creators of music serve as role models. We use their lyrics consciously and unconsciously to shape our opinions and actions.

Consequently, societal views are becoming more sexualized because of messages conveyed in music.

Growing up with three older sisters, mature music has been present in my life ever since I was young.

From Bruno Mars to Beyoncé, I never paid much attention to what my sisters played.

However, now that I have grown up with access to an endless digital world of music, it shocks me to think about what I sang when I was only 8 and 9 years old.

Some of the most well-known, top-selling artists are unknowingly raising the expectations for men to act and women to be submissive.

“Back to Sleep” by Chris Brown focuses mainly on a man’s desire for sexual favors. It narrates a situation in which the woman he is with skips work in the morning to continue pleasing him. The lyrics express this by saying, “Call sick in the morning so I can get a little bit more of your love.”

This lyric suggests that it is acceptable for men to ask such things and that women must fulfill these expectations.

This song may be older, but Brown’s newer songs, such as “No Guidance” and “Heat,” continue to portray the same sexual expectations, showing that Brown does not want to change his lyrics, which are sexist and offensive to women.

However, men are not the only ones perpetuating this issue – women are also advertising the wrong messages.

Even though I have been listening to Beyoncé ever since I was young, I never realized the true meaning behind some of her lyrics.

Beyoncé is a very empowering woman, but for those who aren’t knowledgeable about her intentions, her songs can come across as objectifying women.

The recent halftime show performance at the 2020 Super Bowl is another example showing what artists have come to find entertaining to their audience.

Jennifer Lopez performed one of her songs, “Booty,” in which she sings, “Go on, let them jeans touch you while you are dancing. It is his birthday, give him what he asks for.”

This is the wrong message to send to the many people watching the Super Bowl. With the wide-reaching broadcast of this performance, it’s absurd that she would perform a song with such a focus on sexual interaction, an idea that many individuals watching may not yet understand.

I am by no means trying to ignore the great achievements and positive attributes of these women. Beyoncé has a variety of songs advocating for feminism and female empowerment, such as “Run the World (Girls)” and “Pretty Hurts,” in which she emphasizes the strength of women.

Jennifer Lopez sends similar messages through her songs like “Ain’t Your Mama,” where she discusses the stereotypes of women’s role in a house. Although these women make an effort to initiate change in certain areas and bring awareness to their minority identities as women, they are still perpetuating the wrong idea about gender roles.

Placing such high expectations and imposing roles on both men and women through music is gradually impacting the younger generations. Teenagers such as myself are listening to these songs and are unconsciously allowing them to influence our feelings and behaviors.

People rely on music when they are sad to bring them joy, but are these songs and their oversexualized messages expressing the right idea about happiness? It is uncomfortable for young adults and kids to listen to these lyrics imagining that these are the expectations they will have when they grow up.

As children are gaining more access to technology and music, it becomes easier for them to find songs with these messages, propelling the problem.

One way to improve this issue is by teaching kids about the impact of music and the messages it portrays. Kids must be made aware of the messages they will hear in songs before they are left to figure out the lyrics on their own.

We cannot change the music that artists release and the content it expresses, but we can educate the youth better on the concepts sung in these songs.