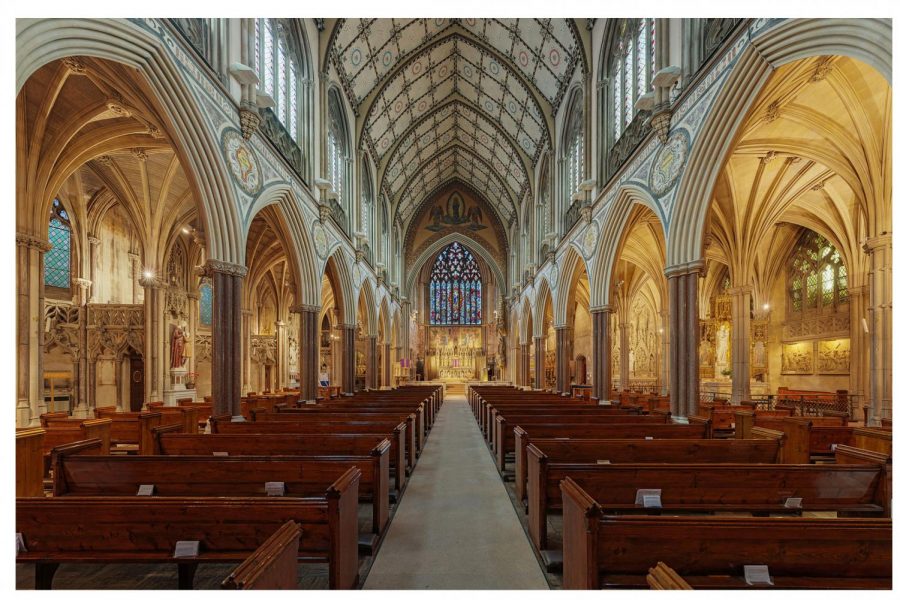 The desire religious leaders to continue to hold services amid a pandemic is irresponsible and dangerous.

Over the past couple of months, the coronavirus pandemic has restricted our day to day activities, including our religious pursuits.

Religious communities, including churches, have adjusted their services according to the new social distancing measures by holding online meetings. However, along with this unprecedented change, religious leaders, specifically in the U.S., have made religious theories and assumptions about the coronavirus’ cause.

Protective measures implemented to lower the spread of the coronavirus prompted retaliation from Christian leaders across the U.S., by claiming that social distancing imposes on the right to religious freedom.

Christian leaders have identified the coronavirus as a form of “Satan,” and, therefore, have resisted the government’s lockdown and social distancing measures. The urge to continue physical religious activity was fueled by the arrival of Easter, prompting the hope that lockdown would be over in time for the holiday.

His aspiration was followed by President Donald Trump’s wish to re-open the country by the end of March, which was unsuccessful. As a result, many churches planned to continue services for Easter Sunday, disregarding medical advice.

This disregard for government recommendation has since put many individuals in danger of contracting the virus. It is important for religious leaders to promote the health and safety of citizens as well as understand the limits of their authority.

During an interview with independent.co.uk, Louisiana megachurch pastor Tony Spell said, “Satan and a virus will not stop us. We are not afraid. We are called by God to stand against the Antichrist creeping into America’s borders. We will spread the Gospel.”

Spell ignored the warnings from the government and continued with his plans. He, along with other pastors, claimed that gods’ work cannot be done through Livestream.

After advocating for the gatherings to go forward, Spell was arrested March 31 and charged with six misdemeanors for breaking Louisiana’s laws banning the congregation of groups larger than 50 people.

Similarly, New Zealand Destiny Church bishop Brian Temaki enforced the idea that the coronavirus is an agent of Satan and is a sign that we need to take more time to focus on religion. His spiritual views have prompted backlash and controversies as he stated those who follow Christianity will be protected.

“Satan has control of atmospheres unless you’re a born-again, Jesus-loving, bible-believing, Holy Ghost-filled, tithe-paying believer,” he said March 3rd during a Sermon.

By stating this, he was claiming that the coronavirus is a punishment from those who don’t strictly follow and obey God, creating an oppressive environment for those who aren’t religious and strengthening the fear of the public.

As an influential leader, Temaki’s priorities should lie within the health and safety of the people, rather than protests against the government’s regulations.

With social distancing regulations in place, religious individuals may turn towards the government and hold them accountable for the lack of physical services.

However, in addition to religious leaders, some governments have been compliant in the push against social distancing regulations. In eight states, local governments have deemed religious services as “essential,” giving pastors special permission to meet.

According to independent.co.uk, “A panel of lawmakers in Kansas even went so far as to overturn an executive order by Democratic Governor Laura Kelly which banned religious services of more than 10 people during the coronavirus outbreak.”

However, by labeling the virus as an agent against religion, these leaders have put many individuals in danger.

Religion and the right to practice plays a crucial role in the lives of many Americans. Although religion is important, members of our community must remember that our health and safety should be the number one priority.

There are many ways to engage in religious activity without doing so in person. Numerous churches have developed new approaches to services – leaders such as Pope Francis have moved their services online to abide by social distancing measures.

Other churches have conducted drive-through services where individuals stay in their cars and listen to the service on the radio.

Although religions should be allowed to practice their beliefs freely, they shouldn’t impose their power over the government using religious justification.

Leaders such as Temaki have used this period to scare those who are not strictly religious into thinking they are in danger. Rather than creating conflict and faults, we should be focusing on promoting the journey to normalcy by improving health and safety within our society.