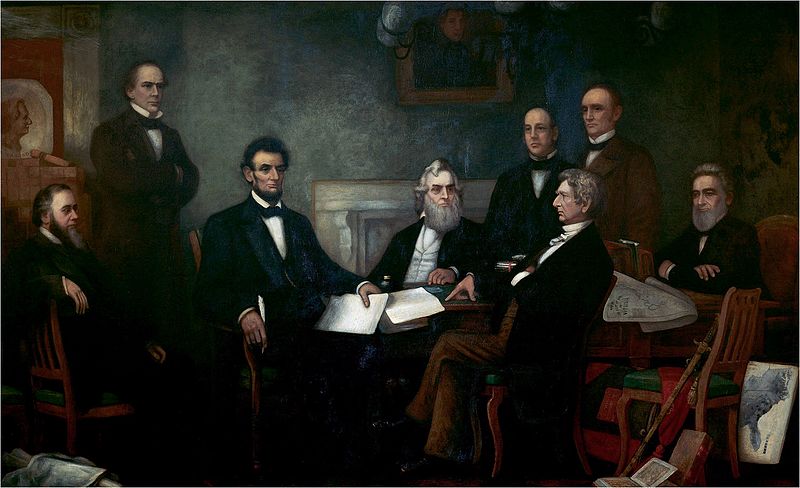 To begin tackling systemic racism in America, it is necessary for the language and the content of the 13th Amendment to be revised so that forced labor forbidden on all levels of the justice system.

Hi! As the school year starts back up again, my column on American law and politics has resumed. As was done last year, this tri-weekly column will be a platform for me to analyze and give my opinion on certain aspects and parts of the American legal and justice system. This particular piece will regard the 13th Amendment, a part of the constitution that needs severe revision.

In our history classes, we are taught that the 13th Amendment of the United States Constitution, ratified in 1865, was a major step in dismantling the systemic racism that plagued American society at the time.

Following President Abraham Lincoln’s Emancipation Proclamation of 1863 which called for the immediate end of slavery, the 13th Amendment was written to officially outlaw the practice of forced labor. However, in all its glory, the language of a particular clause within this renowned Amendment causes it to remain especially problematic.

“Neither slavery nor involuntary servitude, except as a punishment for crime whereof the party shall have been duly convicted, shall exist within the United States, or any place subject to their jurisdiction,” is the language laid out in the 13th Amendment.

Whilst the amendment is necessary in ending official slavery in America, the clause regarding the use of forced labor for incarcerated individuals keeps the amendment to be just as backwards as the time it was originally written in.

In order to even begin tackling systemic racism in America, it is necessary for the language and the content of the 13th Amendment to be revised, so that forced labor becomes a practice that is forbidden on all levels of the justice system, including incarcerated individuals.

To break it down more clearly, a brief history lesson is necessary. Following the Civil War and thus the ratification of the 13th Amendment, racial bigotry and discrimination remained a key player in the dynamics of American society. The Black Codes, a series of laws intended to limit and dictate African American lives, were implemented. Especially prominent in the South, the Black Codes ensured that the injustices faced by African Americans pre-Civil War remained. The Codes made it so that African American citizens would get arrested for petty and unreasonable reasons that today would not even be considered to be crimes, such as unemployment or the inability to pay a fine.

Now, because of the clause in the 13th Amendment that permitted the use of forced labor for incarcerated individuals, once convicted of these “crimes”, African Americans were placed in prisons where they were forced to work for free or very little pay as a form of punishment.

Thus, the abolishment of slavery on an official level was entirely contradicted in the legal system at the time because of this clause. This is known as the term “penal labor”.

In an article published by the Guardian in 2018, Kevin Rashid Johson, an inmate of the Sussex state prison, VA death row, testifies the different forms of penal labor he has been forced to participate in. Johnson said that the worst examples of penal labor are seen in Texan and Floridian prisons, where inmates are forced to work in fields to grow their own food, as well as cotton, an excruciating task, as well as one that directly reflects slavery pre-Civil War. Whilst Johnson himself has refused to take part in penal labor, he has been met with solitary confinement and other forms of punishment.

Moreover, due to the massive disproportionate arrests of African Americans and Latinos in America, according to Alajazeera.com, these minority groups account for the majority of incarcerated workers, placing them at another massive disadvantage.

Once again, African Americans are made to work in fields for little to no pay for the benefit of corporate America, which for instance, according to Alajazeera.com, had the state of California’s prison labor system estimated at making $232 million in 2017. The 13th Amendment has not fully eradicated slavery but has rather hidden it in a legal system that has too much faith stored in it.

There should never be an excuse for forced labor, regardless of whether or not an individual is a convicted criminal. As it is, the U.S. justice system has entirely failed minority communities with arbitrary and disproportionate arrests. But, the clause in the 13th Amendment does nothing but worsen the treatment of incarcerated people and criminal justice as a whole.

Our history lessons cannot continue to glorify the 13th Amendment as this monumental point in history where slavery and racism ended with the ratification of a few lines. As it is written, the Constitution of the United States of America continues to excuse penal labor, therefore continuing to perpetuate racial bigotry and mistreatment of the incarcerated.

It is not enough to simply condemn the 13th Amendment. It needs to be entirely restructured so that penal labor is made to be an illegal practice. Making money off of free labor is a practice that should have never begun, and should have at least ended with the Civil War.

America will never be able to amend the wrongs of slavery if penal labor remains a viable form of punishment excused by a document meant to reflect the American people and their virtues.