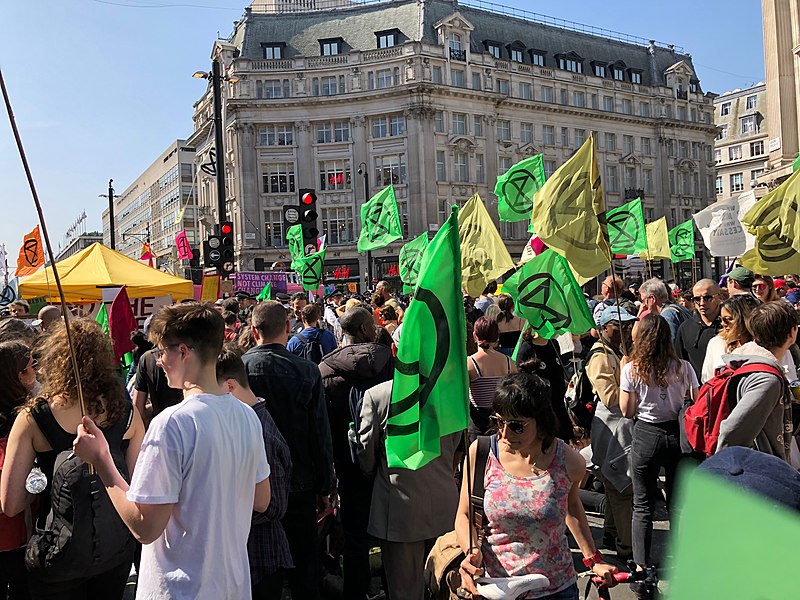 Over 600 people have been arrested in the “10 days of action” climate protests in central London organized by Extinction Rebellion activists. The protests began Sept. 1 and continued through Sept. 10. Protesters organized sit-ins, blocked roads and some chained themselves to structures.

The demonstrators specifically protested against news publications owned by media mogul Rupert Murdoch such as The Sun, Daily Telegraph, the Times and the Daily Mail. XR accused these newspapers of failing to report on climate change.

Science Teacher Marisa Wilson said that, although disruptive, XR does a good job of informing people on climate change issues.

“They have reached more people in terms of raising awareness around climate change and biodiversity loss than the vast majority of other environmental groups,” she said. “They are so visible, and I think that even if you don’t like the Extinction Rebellion and how they go about things, you are now thinking about climate change.”

Similarly, Dylan Linton (’23) said that the protests were necessary.

“If the media isn’t covering this then we need to, so I do think that it was a justified protest,” he said.

Wilson said that environmental issues are not being covered enough at the moment by mainstream media due to the pandemic.

“What has happened in this time of COVID, many important issues have fallen to the wayside, climate change being one of them,” she said. “This is XR’s way of trying to bring it back in the fold.”

Furthermore, U.K. Prime Minister Boris Johnson tweeted out Sept. 5 against the activist group saying that blocking newspaper distribution is an infringement on the freedom of the press. Others that have spoken out against the protests include news printers who say that these protests have adversely impacted their employees and newsagents.

Co-president of Susco Cece Muecke (’21), said that climate change should be a central topic covered by the mainstream media, however, does not completely agree with how XR carried out their protests.

“I am always wondering what the most effective way to protest is,” she said. “I look at XR, and how they are extremely disruptive and sometimes it muddies the waters in a way.”

Muecke said that due to the disturbance XR causes, their message about the environment isn’t always at the forefront. However, on the flip side Muecke also said that XR is getting extensive media coverage and people are hearing their voices due to the protests.

However, Linton said that XR has improved in relaying their message and grievances through protests.

“I know that in the past they’ve had certain hiccups when it comes to their protests, but they have evolved from that and have learned how to be more efficient and more impactful,” he said.