Trump administration should not ban TikTok 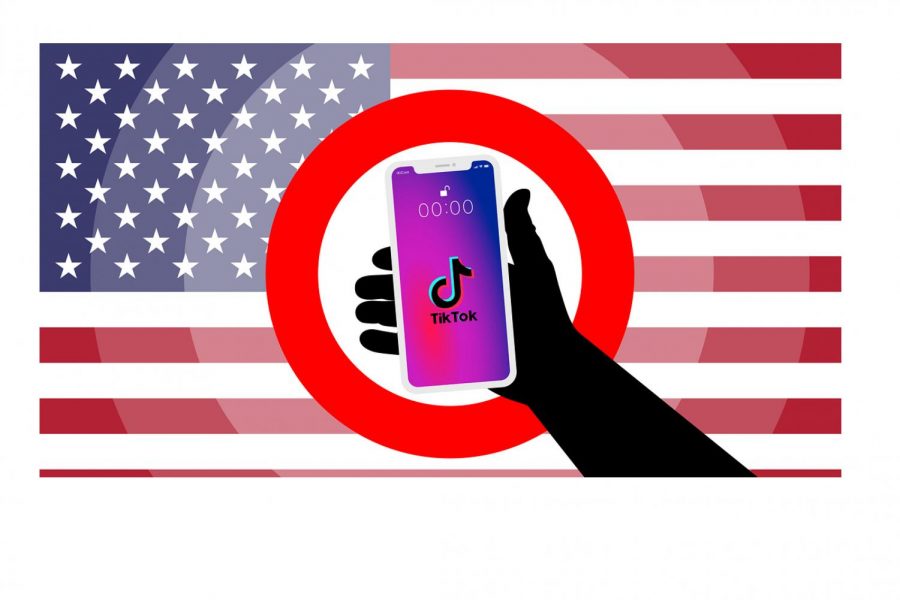 Used with permission from Frank-Andreas/Pixabay

TikTok, a Chinese-owned company, has recently been under fire due to its collection of its user’s data. The social media app is used to post 60-second videos of dances and skits with specific “sounds” in the background.

Over the past year, Chinese-owned social media app TikTok has increased in popularity exponentially, becoming a form of expressing oneself comparable to Instagram, Twitter and even YouTube. With an active user count of 800 million, the app, owned by ByteDance, has become a known hobby among teenagers worldwide.

From dancing to comedy, TikTok serves a wide variety of users and has shot influencers such as Charli D’Amelio, Addison Rae and Loren Gray to fame. Although adults and teenagers alike widely appreciate the app, its Chinese origins have sparked debate about whether TikTok should be pulled from app stores in the U.S.

Banning TikTok in the U.S. would not only be detrimental to the U.S. economy, but also hypocritical due to the countless Chinese-owned services operating in the U.S.

Due to the location of its headquarters, many have speculated that the app itself takes its users’ data and feeds it to the Chinese government, even though TikTok has denied this theory countless times.

U.S. President Donald Trump released a statement Aug. 6 stating that unless a U.S.-based company was to buy ByteDance within 45 days, TikTok would be forcibly removed from all app stores in the U.S.

TikTok responded by filing a legal complaint against the administration, once again stressing the fact that they have no ties with the Chinese government.

Not only does the U.S. government not have any direct evidence to a link between TikTok and the Chinese government, but there is also evidence contradicting such ties.

Per its privacy policy, TikTok’s user data is stored separately from ByteDance’s data, in locations such as Singapore and the U.S.

In addition, TikTok utilizes software barriers to ensure the separation between its U.S. data and other ByteDance products.

Furthermore, TikTok’s key personnel, such as its CEO, Global Chief Security Officer and General Counsel are all U.S. citizens, meaning they do not operate under Chinese jurisdiction.

Surprisingly, TikTok has even benefited the U.S. It tripled its number of U.S. employees since the start of 2020 and has plans to hire another 10,000 over the next three years. Banning the app would eliminate many potential jobs in the U.S.

If TikTok is a threat to U.S. national security due to the home country of its parent company, then so is the multitude of Chinese-owned apps, games and services such as Alibaba, WeChat and two of the most popular video game creators, Epic Games and Activision Blizzard.

If the U.S. administration was content with Fortnite, another Chinese-owned game, racking up millions of American players and their data, why should TikTok be punished for its parent company?

Contrary to banning the app entirely, the U.S. government should take this as an opportunity to enforce its security and privacy beliefs. If the collection of data is a big concern, then requesting that TikTok make their code open-source would be an excellent first step to transparency.

The unauthorized collection and spread of data is no small matter. But neither is interfering between private affairs and completely destroying a company’s primary market.