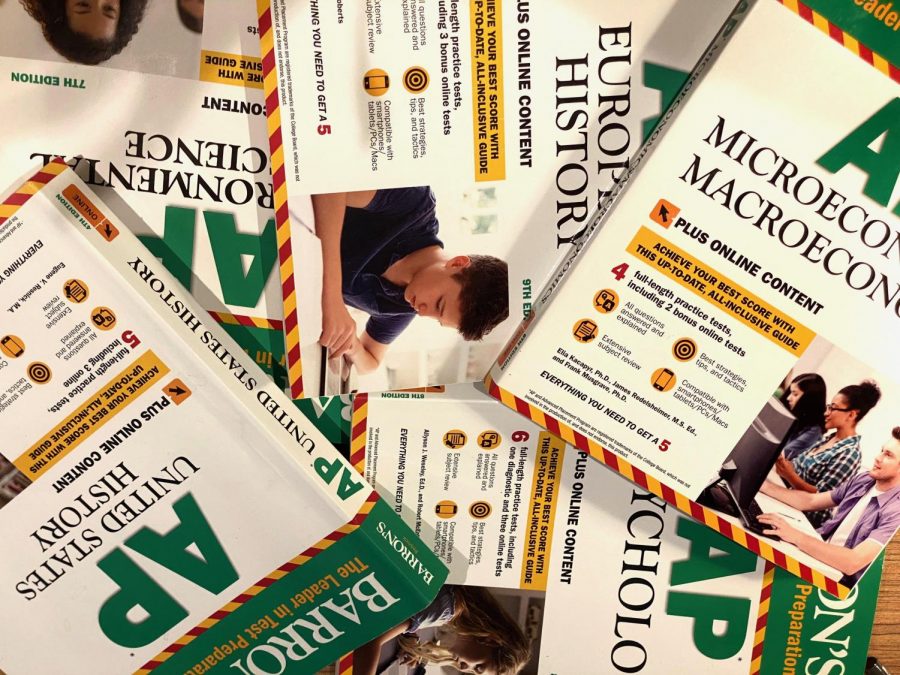 Though AP courses present students with an opportunity to take college-level courses, taking too many can result in less time for extracurriculars and true passions.

“How many APs are you taking?” This may be one of the most frequently asked questions in the High School. Whenever I socialize with my peers, I know that sooner or later, this question will sneak its way into the conversation.

We may all be aware that high school is the time when you start to broaden your social, creative and, most importantly, intellectual horizons. Thus, taking AP classes is a particularly important step in experiencing that arduous college-like coursework and familiarizing yourself with complex topics.

However, due to the imperative role that courses, and the received grades, play in deciding students’ futures, many begin to overload themselves with AP classes to prove that they can readily tackle the college curriculum. Consequently, the question of how many AP’s is enough soon becomes a topic of heated debate.

Each spring when the course-selection process comes around, I have noticed that some students start to engage in excessive and obsessive class-shopping, picking only courses that they believe their future admissions officers would approve of.

In Grade 10, I was blinded by this very mindset. I decided to take an AP class – which is not necessarily common for Grade 10 students – to prove I could handle such advanced material at a relatively young age.

Contrary to my aim, this class did not make me seem exceptionally “intelligent.” Rather, I ended up performing poorly in the class, which in turn significantly harmed my GPA.

The problem is not that I attempted to take a very demanding course at a young age, but rather that I was disinterested in the class. I went against my own gut simply to put an AP on my Grade 10 transcript.

Students often neglect the fact that these classes take time, effort and dedication. Many also disregard the cost of undertaking a challenging class for the mere purpose of college admission. If a student is uninterested in the course, it is likely to become a burden.

In addition, as students increase the number of APs they take, the time they can allocate to each class will dwindle, decreasing their academic performance in each class as a result. Then, in an attempt to succeed, students are forced to relinquish many of their extracurriculars, hobbies and socializing time to meet each class’s deadlines and requirements.

I am more than supportive of my peers who overwhelm their schedules with numerous AP classes and are able to excel in each and every one of them. The root of the problem, however, lies in the fact that many take on a wide variety of AP classes for the mere goal of trying to impress their future colleges.

When picking classes, I am aware that we are all pressured to stuff as many AP courses into our schedules as possible. Therefore, I hope that students will learn from my lesson; there is no definite answer to how many AP classes you should take.

Students can jam their whole entire schedule with AP’s, but they can equally leave much room to explore and experiment with their wide array of interests.

The key lesson I learned, however, is that students’ desire to tackle challenging courses should not derive from their aim of academically surpassing their peers or impressing their admissions officer.

Instead, it should come from students’ deep-down curiosity and yearning for knowledge.