Alumna advocates for students with disabilities 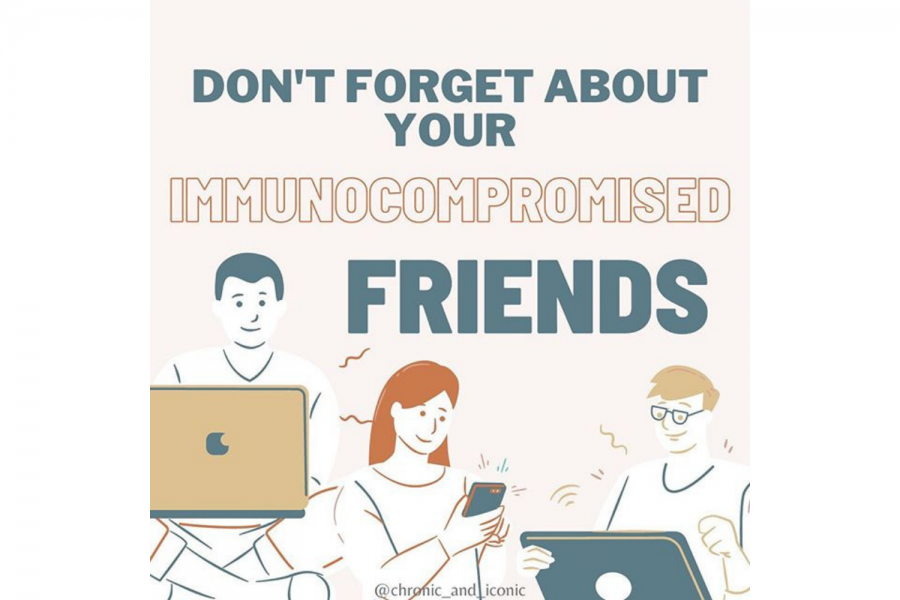 Due to her chronic illnesses, Cameron Lynch (’19) was not able to return to campus for college. In response, Lynch has created a support group for students in similar situations.

According to the Public and Commercial Services Union, around a third of disabled adults reported that they felt they were spending too much time alone as a result of the coronavirus outbreak.

However, Cameron Lynch (’19), a sophomore at William & Mary who is diagnosed with a form of muscular dystrophy, has persevered and made the most out of lockdown by connecting with others in similar situations.

Lynch said that her disabilities have been a prevalent part of her whole life.

“I was diagnosed with a form of muscular dystrophy when I was 2, so really that’s the only life I’ve known,” she said.

Lynch has also been diagnosed with type 1 diabetes and celiac disease, meaning that she has to constantly monitor her blood sugars and cannot eat gluten.

As a result of COVID-19, Lynch said that she is staying at her parents’ home in London, and cannot return to regularly going outside.

“Because of [my disabilities] I am immunocompromised, so I am not at a higher risk of getting COVID,” she said. “But, if I do get it, I am almost guaranteed to be hospitalized.”

Lynch said she still had to stay at home, while friends started returning to a normal life, prompting her to write a letter about her struggles during lockdown.

“I wrote a letter and posted it on my own personal social media talking … about how I felt alone and felt like no one else understood what I was going through,” she said.

Regardless of voicing her frustration, Lynch said that those close to her stopped attempting to reach out to her.

“I’ve been having a lot of friends stop reaching out because they’re back at school and they’re very busy, and I understand that they’re very busy, but I’m still at home,” she said. “I have other friends in that same situation, so make sure to check in on people if you know they’re having a hard time.”

However, the letter did have positive feedback. After her post, Lynch said that she received 45 messages from other disabled students in similar situations.

As a result, Lynch said that she wanted to help others going through her same experience, which inadvertently opened her eyes to the hardships disabled people must go through.

“I developed a support group for college students who had disabilities or were immunocompromised, and I’ve been able to create a community,” she said. “I’ve been able to hear a lot about other people’s stories and I discovered the inequality in society.”

Though Lynch is still at home, William & Mary has started classes in-person for this semester. Lynch said that not all of her classes are being offered online, which puts her at a disadvantage.

Lynch said that she emailed the administration, but even the president said that they wouldn’t offer all of their classes online, thus causing a negative impact to the rest of her college career.

Lynch said that her strife with her university has given her even more motivation to advocate for people with disabilities, leading to her participation in certain organizations, such as Disability Rights U.K.

“I’m now working for Disability Rights U.K.,” she said. “I’m helping them increase their youth engagement to try to spread the word about disabled young people and engage them in … conversation.”

The organization was created to combat social inequality for disabled people, and recently launched a “We Belong” campaign. The purpose of this campaign is to allow those with disabilities to advocate for and change the U.K.’s government policy for disabled people.

“We are trying to hear the ways in which [people with disabilities] want their future to be different than their present,” she said.

In addition to her job, Lynch has shared her story to several well-established news sources, such as The Washington Post, BBC, CNN and USA Today.

Furthermore, Lynch said that many misinterpret what it truly means to be disabled.

“It’s a very taboo topic,” she said. “‘Disabled’ and ‘disability’ is seen as a very dirty word. Disabled is an empowering word, it means that you are unique and have certain abilities that other people don’t – you don’t have a lack of ability.”