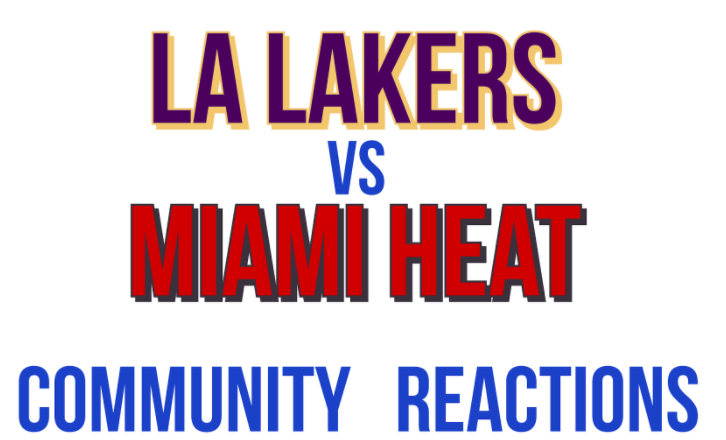 The Los Angeles Lakers won 106-93 against the Miami Heat in the NBA finals Oct. 13, marking their 17th NBA championship win in a 4-2 series victory. They are now tied with the Boston Celtics for the most championship titles.

The NBA playoffs begin after the end of the NBA season to determine which team are the NBA Champions. Usually the playoffs are held in the spring, however, due to COVID-19, the NBA season took a hiatus March 11, as multiple players tested positive for the virus.

The NBA season resumed four months later, in which players, coaches and staff were placed in a COVID-19 “bubble” in Walt Disney World, Floridia. All 22 teams isolated from the outside world and, in doing so, were able to continue their season..

Harrison Cutler (’22) said that this season felt less exciting due to COVID-19 restrictions.

“I hope that next year the games can be played in the actual arenas not in the bubble so there could be actual fans there,” he said. “COVID-19 restrictions played a massive role in the season this year because there was no home-court advantage or a sense of spirit and environment, it was just an empty gym.”

The playoff tournament is split into two wings, composed of the top eight teams of the East and West Coast, respectively.

The first round is organized so that the top ranked team plays the lowest ranked, the second best team plays the second worst, and continues through that respective order. The final two teams in the tournament play seven games, which are the NBA finals.

This season, the Heat were unable to emerge as champions in the finals, losing 4-2.

Rohit Venuturupalli (’21) said that the Heat are too inexperienced to have won this year.

“Half their starting lineup was basically rookies,” he said. “They just don’t have the experience needed for a veteran level of play.”

On the contrary, Casey Johnston (’23) said that it was the Heat’s inconsistency that failed them.

“They could have played better as a team,” he said, “Some of their individual players had better and worse games. If they had stayed consistent, then they probably would have done better.”

Furthermore, Lakers player LeBron James was the recipient of the NBA Finals Most Valuable Player award, which is awarded to the best performing player on the winning team. Averaging 29.8 points, 11.8 rebounds and 8.5 assists per game in the finals, James added his fourth NBA Finals MVP award to his collection.

He is now the only player in NBA history to win the award on three different teams: the Cleveland Cavaliers, the Heat and the Lakers.

Another notable performance included the Lakers’ Anthony Davis, who averaged 25 points, 10.7 rebounds and 3.2 assists per game in the finals.

“Anthony Davis should have gotten MVP because I thought he performed the best this season,” he said.

In contrast, Venuturupalli said that James deserved the award for his impact on the team.

“No matter what Anthony Davis did in those finals, unless he was dropping 40 and 20 a game, easily, LeBron would take it, because he is just the heart and soul of this Lakers team,” he said.

Echoing Venuturupalli, Johnston said that James deserved the award, taking into account his versatility and longevity.

“All aspects of his game are pretty solid and he has been one of the best in the league for such a long time,” she said.