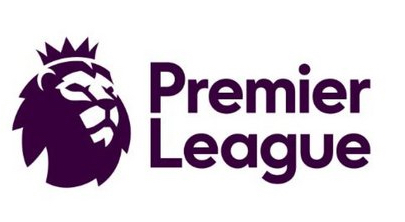 Used with permission from alienm2011/Wikimedia Commons

The Premier League returned Sept. 12 after its absence due to COVID-19. Members of the community reflect on the new atmosphere of the league and their predictions for the season.

Due to the empty stadiums as a precaution of COVID-19, players will have to adapt to an entire season with no in-person fans to support them.

Grade 10 Dean Duncan Pringle, an Arsenal fan since 1983, said that this change will have a large impact on teams this season.

“The crowd is important, so it’ll be interesting to see the likes of Liverpool, Newcastle, Leeds, who it seems traditionally rely on their fans to kind of create this crazy atmosphere,” he said.

Despite the struggles of COVID-19, some teams have still had the financial resources to spend a significant amount of money on players, with teams like Chelsea spending over £200 million, and Everton, Spurs, Liverpool and Wolves spending over £50 million each.

Sam Smadi (’23), a West Ham fan, said that these investments are setting up teams for success.

“I’m happy for Chelsea and these clubs,” he said. “We’re investing and showing ambition and trying to please the fans.”

However, Smadi said that spending money is not the only noteworthy aspect of the Premier League.

“Football isn’t all about money,” he said. “At the end of the day, it’s about having fun watching a nice team and not just, ‘I’ll pay you 70 million for this player.’”

In addition, Pringle said that with COVID-19’s impact on the Premier League, the divide between clubs will be greater than before.

“You’ll see an even bigger gap between the rich teams and the not so rich teams,” he said.

Due to the lack of rest prior to the new season, players have been expected to have a drop in intensity and match fitness as Brooks Olson (’21) said that he noticed this change after the resumption of the Premier League last season.

“The intensity wasn’t as high from the get-go,” he said. “Of course they hadn’t been playing for three or four months, but you could kind of tell the intensity was a little bit lower just because of the lack of the atmosphere.”

However, Olson said that he is optimistic about reintroducing fans into the stadiums this season.

“Even if they only have 25% of the stadium filled, I think it’ll still be good just to see the games,” he said. “I’m not so much worried about the atmosphere itself, just more about actually watching.”

Now a month into the season, score lines like Aston Villa beating last year’s champions Liverpool 7-2 and Manchester United losing 6-1 at home to the Spurs have shocked some, including Olson.

“The recent results are just absolutely shocking,” he said. “For Aston Villa to beat Liverpool like that, it is almost comical at that point.”

Ultimately, Olson said that the 2020-21 season has him excited to watch another season of football.

“It was hard to go that long without seeing any football,” he said. “It’s definitely going to be good to just see all the teams back out there and playing.”