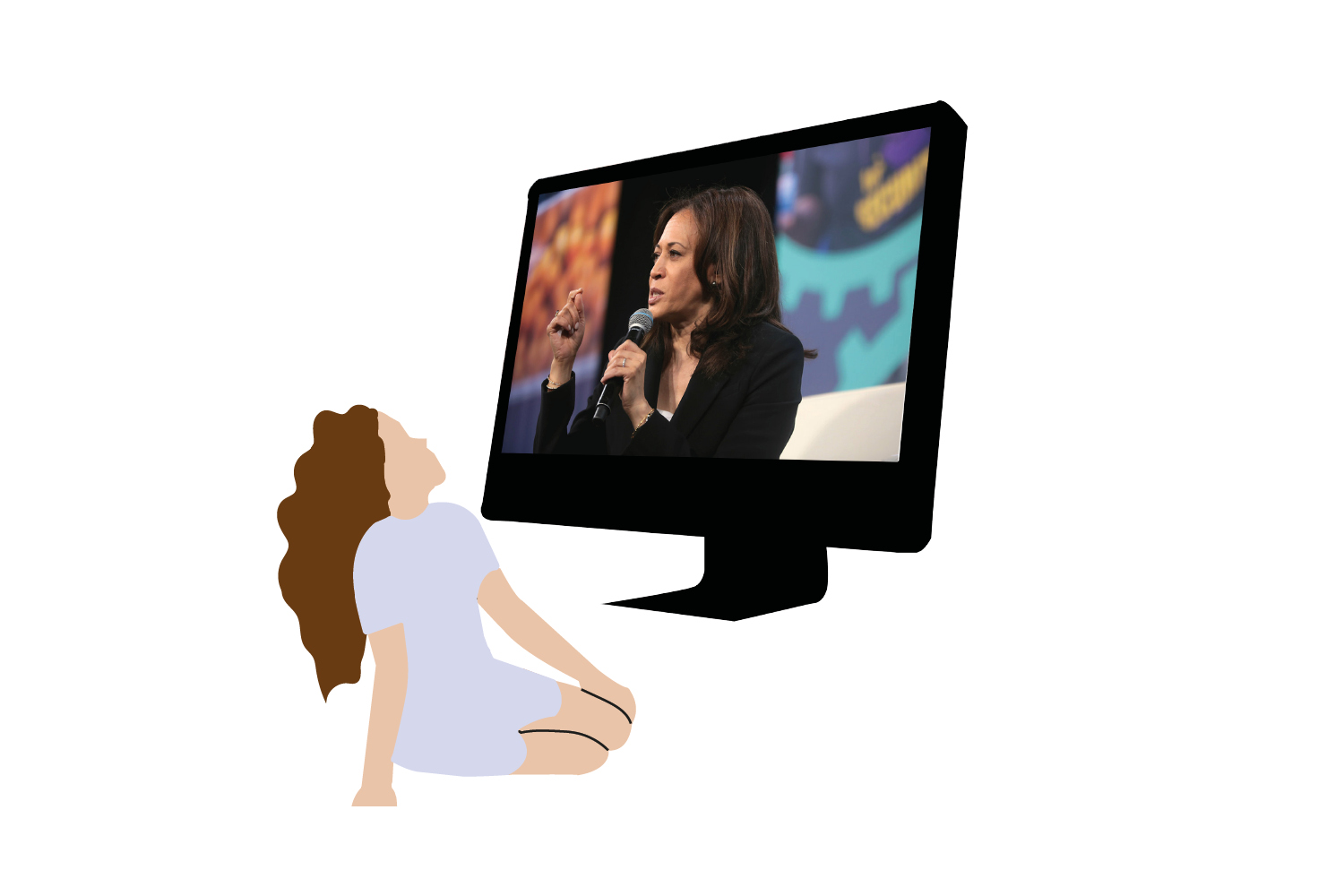 The multicultural background of vice presidential nominee differs heavily from those who came before her. (Jasmin Taylor)

The multicultural background of vice presidential nominee differs heavily from those who came before her.

Bigger than politics: the merit of Harris

It wasn’t until 1965 that Black people in America were granted the right to vote.  Forty three years later, Barack Obama was elected as the first Black President of the U.S. Twelve years later, the first biracial woman graces the Presidential ballot: Kamala Harris.

Similar to other world-renowned biracial figures like Meghan Markle and Michelle Obama, Harris is often described solely as Black. However, in her Indian first name, the dishes she reminisces from her childhood and the jokes she makes about “aunties” in Indian culture, it is clear Harris embraces her Indian roots just as much as her Blackness.

Representation is key because it shapes both how minorities are viewed by society and how we view ourselves.”

Harris told The Washington Post, “When I first ran for office, that was one of the things that I struggled with, which is that you are forced through that process to define yourself in a way that you fit neatly into the compartment that other people have created. My point was: I am who I am. I’m good with it. You might need to figure it out, but I’m fine with it.”

This is a sentiment that I can very much stand behind. Like Harris, I am a mixed-race woman, and the idea that others categorize her more than she does herself is extremely relatable.

For mixed-race girls around the globe, for girls who are simply “just American” like Harris describes herself, or girls like me who see themselves as British before anything else, having the representation of another mixed-race woman in power is incredibly empowering.

As a little girl, there were no figures from backgrounds like mine in the media. If I had grown up looking up to strong women of color like Harris and Congresswoman Alexandria Ocasio-Cortez, perhaps the idea of becoming a lawyer or politician would have come to me sooner than the age of 17. Representation is key because it shapes both how minorities are viewed by society and how we view ourselves.

Harris’ background embodies the culturally fluid, racially-blended community which is becoming increasingly prevalent in our modern, globalized world. Our political systems should reflect this. True democracy is one that represents all the people it serves, including women, immigrants and people of color, which are all identities Harris can speak on behalf of.

But this election requires more than symbols and representation. The U.S. is in a crisis and therefore needs leaders who are dedicated to bringing change to their country. If Harris was elected as vice president, she could bring the substantive change the U.S. urgently needs.

Compared to most, Harris’ policies are very progressive. For example, she aims to decriminalize marijuana, which will have an incredible knock-on effect on Black and other minority communities who are disproportionately incarcerated for drug related crimes.

As a leftist, these are all things I stand behind and completely support. However, rather than reforming the U.S. police system, it should be defunded. The leftover funds need to be reallocated to non-policing forms of public safety and community support, as it is the local communities who can have a bigger impact on potential offenders than the police. Examples of this would be public education, social services, youth organizations, housing and healthcare.

Whether or not then-attorney general of California Harris believes the same is irrelevant. A vice president with radical ideals stands no chance of being elected in a country with such polarizing parties such as the U.S., and it would do Harris no favors with swing states and moderate voters.

However, it is Harris’ track record as a criminal prosecutor and Attorney General in California which begs the question: is Harris as much for social change as she claims to be?

Harris’ career as a prosecutor was filled with contradictions. She pushed for programs which aimed to find people jobs instead of sending them to prison, but also fought to keep convict Daniel Larson in prison even though he was later proven innocent by the Innocence Project. She refused to pursue the death penalty against a man who killed a police officer, but in court also defended the use of the death penalty in California.

Her office even attempted to stop a transgender inmate from receiving gender-affirming surgery.

Clearly, Harris’ office was not a champion for criminal justice. Although as a candidate for vice president Harris claims to seek reform, in the past she has been complicit in a terribly unjust system.

On this topic, in a 2019 news conference Harris said that as Attorney General of California, she was obligated to defend and represent clients whose beliefs did not always align with hers, and firing said clients wasn’t possible.

If we are to believe Harris’ claim, and if she were in a position, such as the vice presidency, where she could make her own calls, would it not mean that she would use that power to make the right decisions?

Unfortunately, this is a question we do not know the answer to, and we won’t unless we get to see Harris live out a term as vice president.

Despite her controversial past as Attorney General, which I cannot defend, it is important to back her now more than ever.

People like Harris are anomalies in politics; there are rarely politicians standing up for marginalized communities as she does. Although she is not perfect, Harris running for vice president at all is inspiring for our youth.