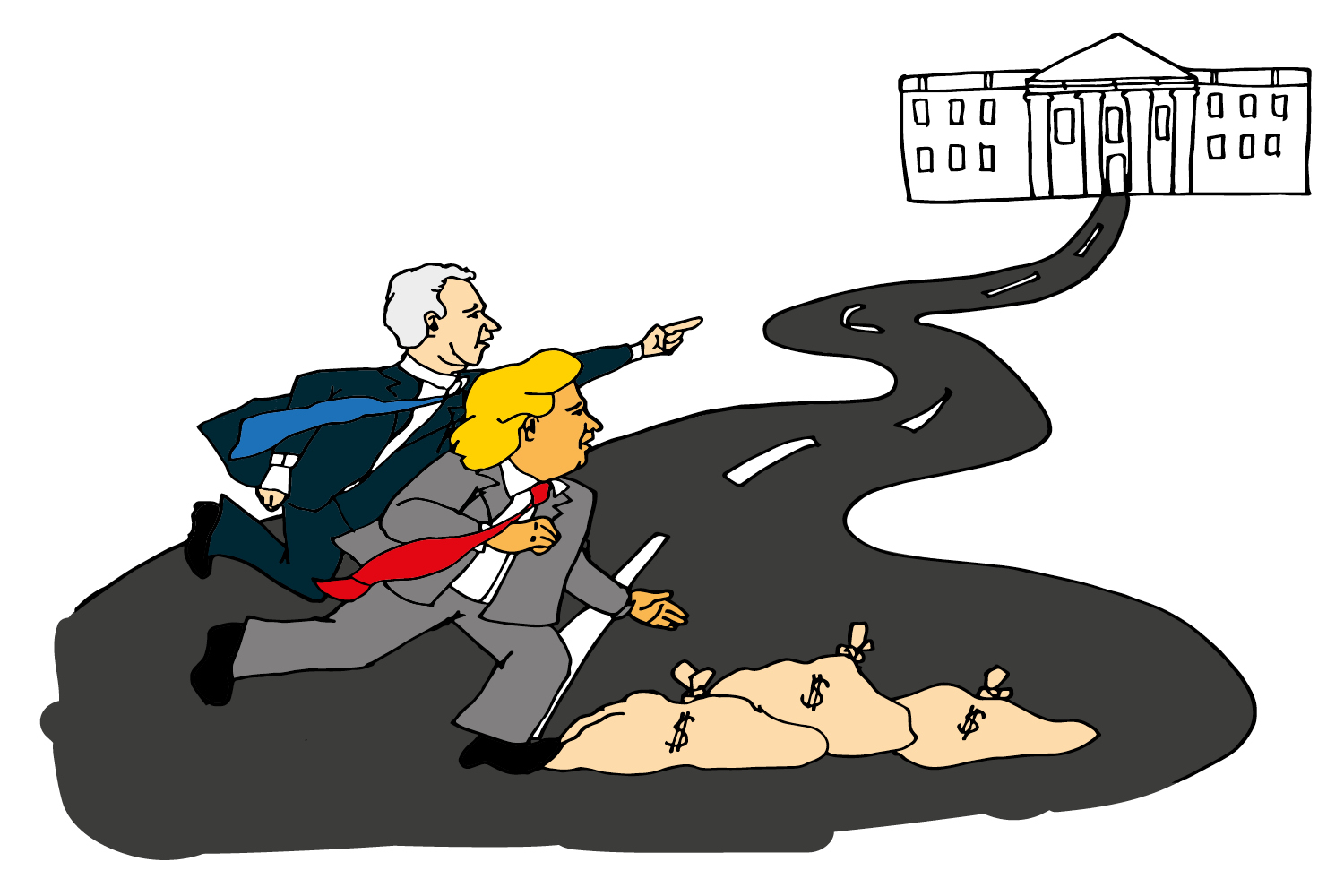 With oversight currently lacking, U.S. elections have become purchasable by the ultra rich.

Flashy TV ads and sold out campaign rallies which we see every election are not free, and the network of financing behind them is ugly. As a candidate, spreading your message and reaching voters is costly. Calling on the funds of rich individuals and  corporations is an enticing advantage for those who want to succeed.

Money has a tendency to corrupt both people and systems. Washington, arguably the most prominent political establishment in the world, is no exception. As it stands, U.S. elections are available for purchase, and billionaires have been buying them up in droves.

In 2010, the U.S. Supreme Court ruled in Citizens United v. Federal Election Commission that certain private donations should be protected under the First Amendment. Limitations on private spending remained, but the ruling gave rise to super political action committees that circumvent regulations and fundraise extensive sums of money for candidates.

The Citizens United ruling was controversial, and remains so. It’s a stretch to label million-dollar donations acts of “speech.” If you utilize the logic of the ruling, these large donations actually stifle the speech of smaller donors. The court’s justification suggests that it values the speech of rich donors more than it does that of poor ones.

Those who donate large quantities to politicians have a meticulous plan to protect their own interests. There are many politicians in Washington who lobby and vote not to serve their constituents, but rather the corrupt interests of their donors.

Growing discontent with representatives prioritizing their bank accounts over lawmaking creates a dangerous rift between government and citizens. These legislators lack integrity; they suppress it to protect their pockets. Scarily, they seem to have no problem being this duplicitous.

There are those, like Senators Bernie Sanders and Elizabeth Warren, who rejected donations from super PACs during their run for the Democratic nomination, only accepting funding from smaller donors.

In fact, Sanders was able to spin his financing into a rather successful campaign ploy, boasting that his average donation was $27. While a noble stand to thwart corruption, Sanders’ failure to gain the Democratic nomination means that his daring strategy will have to wait four more years for the opportunity to prove itself.

When this underhanded practice sneaks its way into a presidential race, the dangers grow dramatically. Democratic nominee Joe Biden has spent decades in politics arguing for comprehensive regulation of private funding for elections while simultaneously siphoning millions in campaign dollars from super PACs himself.

With such large sums of money fueling both candidates, financing has the potential to determine one of the most decisive elections ever.

Politicians cannot be a voice for the people if that voice is dictated by their richest donors.”

President Donald Trump, who initially had a $200 million edge over Biden, is now scraping the bottom of the barrel to compete financially. According to the New York Times, two months away from election day, the Trump campaign had spent $800 million of its total $1.1 billion raised through July of this year.

It was actually Trump, as an outsider who hadn’t spent years in the cash-infested “swamp” of Washington, who was meant to drain it – a metaphor used to signify the arduous process of eradicating corruption in D.C. Trump’s voters perceived his lack of political experience as a rejuvenating presence the White House needed. Yet, despite his voters’ best wishes, once in office, Trump appointed fellow millionaires to his cabinet, only muddying the swamp further.

If Trump and Biden share anything in common, it’s that they both espouse a hypocritical narrative of wanting to control the influence money has on Washington.

A defective campaign finance system is one of the many issues that puts everyday Americans at odds with their lawmakers. Politicians cannot be a voice for the people if that voice is dictated by their richest donors. A minority of benefactors should not be able to use their overpowering wealth to determine how the majority is governed.

When money and politics mix, democracy loses. This election, many of us are sitting idly by while the U.S. loses the critical battle to save its democracy, one that is unwinnable under the current campaign finance system.