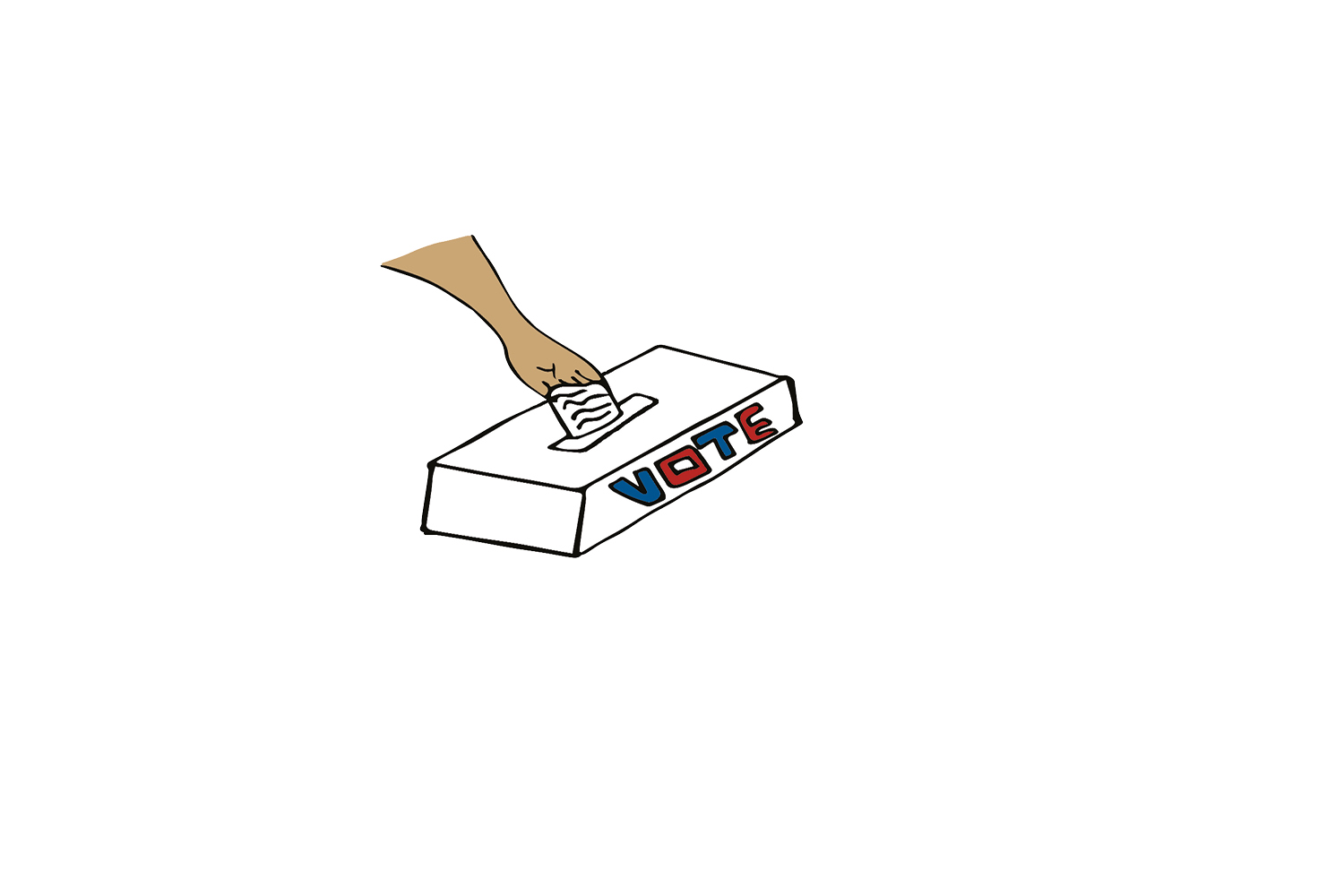 In 2008, when former President Barack Obama was elected as the first Black president in U.S. history, Taylor Lewis (’21) watched in awe from her school in Georgia, as she learnt about the election. She said it is the first election she remembers, and reflects upon it fondly because 12 years later, she is finally able to vote.

Lewis is part of a group of Grade 12 students who will reach the age of 18 by Nov. 3, and be able to fill out a ballot for the upcoming U.S. Presidential election.

With the U.S. facing monumental issues such as a global pandemic, a reckoning on race and a vastly changing climate, The Atlantic magazine considers this election the most consequential in history.

Student voters, through the first vote they ever cast, now have a say in how all of those problems may be governed in the near future.

For Ellie Mankarious (’21), being able to vote feels surreal. She said she has been attentive in politics for a while, but being able to assert her opinion through a ballot feels significant.

“It feels amazing to be able to actually take part in making a change, knowing that my voice matters in the sense that I now have a vote,” Mankarious said.

Likewise, Jake Fellows (’21) said he has been looking forward to voting in this presidential election since 2016.

Mankarious said she has looked forward to voting for a long time. Yet, she said she has felt represented through her parents’ prior votes.

“My parents have always had very similar views to me,” she said. “It’s not like I felt my voice wasn’t represented. Now, it’s just even more expressed. I don’t need to depend on anyone else to vote for me.”

Lewis said participating in the democratic process is important, especially considering the issues of today.

“I need to vote,” Lewis said. “It’s something that I have to do to contribute. I feel like I’m a part, even if that’s a small part.”

There are individuals in any election year who decide not to vote because, for example, neither of the candidates’ positions fully align with theirs.

Lewis said while she can somewhat understand this point of view to refrain from voting, it is a “responsibility” to vote for your leaders.

“Looking at 2016, the amount of people that didn’t vote were some quite alarming numbers,” she said. “It’s important to vote and to back the candidate that you most agree with, rather than just nobody.”

First-time student voters join the electorate as part of the youngest voting demographic, and they will feel the ripple effects of this election further into the future than other voters.

Mankarious said imagining long-term impacts are a motivating factor for many student voters.

“This year, unlike anything else, people are feeling very passionate and inspired,” she said. “Some people are enraged about the political situation at hand, and I think that it’s a great opportunity that all of these people can now vote.”

In addition, Mankarious said her age group is motivated by wanting to impact their own futures.

“We have a whole generation of people that want to make a change in the world,” she said.

For Mankarious, researching and discussing the election with others was personally necessary to make an informed vote. She said although her choice was clear in the end, going through a research process was helpful.

“One thing that’s really swayed my view is having conversations with people from both sides,” she said. “[Challenging your viewpoint] is actually really important, because if you’re not talking about why someone’s voting for the other side, you’ll just never know.”

Lewis said after observing President Donald Trump’s presidency for the past four years, choosing the candidate for she wanted to vote for “wasn’t a hard decision at all.”

“It doesn’t take that much effort to do a quick Google and look up some of the things that he has said that really don’t align with the beliefs that I hold,” she said.

Before moving to London, Lewis lived in Georgia, a state that has not elected a Democratic candidate since former President Bill Clinton in 1992.

Therefore, Lewis said her political beliefs mostly run in contrast to many of those in her extended family, which makes it tough to have political conversations with them.

It feels amazing to be able to actually take part in making a change, knowing that my voice matters.”

“I really try not to talk to them about it,” she said. “That would be a really hard conversation to have, and one that I don’t even know how I would conduct.”

President Donald Trump won Florida back in 2016, but according to The Economist’s election forecast, which party the state swings to appears far more uncertain this election.

Being a swing state voter, Fellows said that he has a unique perspective on how his vote is counted.

“I feel like my vote has some presence in this election,” Fellows said. “It could make a difference.”

Fellows said that many are discouraged from voting because they feel like their vote is insignificant.

However, Fellows said this sentiment against voting endangers the legitimacy of elections and the overall health of democracy in the U.S.

“If everyone was just like, ‘Man, my vote is just one vote, it doesn’t matter,’ then it doesn’t really work out,” he said. “It’s a collective thing where everyone has to come together and vote.”