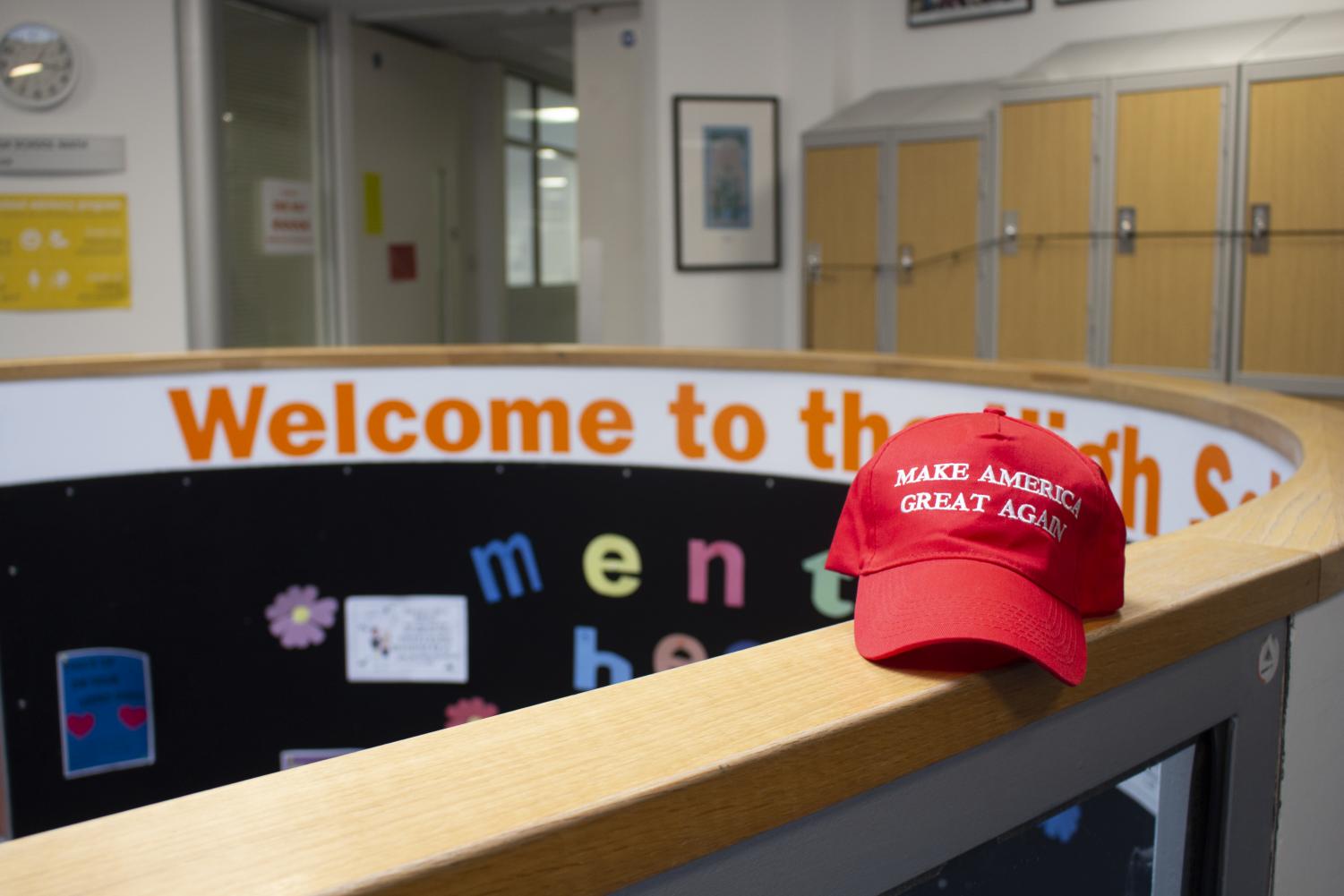 Trump supporters at ASL say they often feel marginalized due to the political climate. The upcoming presidential election has exasperated the polarization. (Photo by Emily Forgash)

Trump supporters at ASL say they often feel marginalized due to the political climate. The upcoming presidential election has exasperated the polarization.

Justin* said it was “one of the worst feelings ever” to be sitting in class, feeling as though he could not say anything as his teacher referenced an article projected on the screen that bashed President Donald Trump.

Justin is one Trump supporter in the High School who said he feels marginalized in ASL’s political environment.

In regards to speaking up in class, Justin said the prospect of endangering his grades because of his teachers’ progressive biases silences his efforts to dissent and defend the president.

“It’s a very tough feeling because you really want to say something, but at the same time, the whole idea of your grade, it really holds you back,” he said. “So you kind of just sit there and you don’t say anything, and you kind of just keep it to yourself.”

Justin said he feels a majority of teachers at the school have left-leaning biases that might impact how they treat students with differing political opinions.

“There’s a lot of teachers that would hold a grudge if you were to openly say you are a Trump supporter because a lot of these teachers are very openly liberal,” he said.

Similarly, Ily Brigui (’22) said he notices bias within the administration, which makes him question how overt he can be about his conservative beliefs.

“I believe in immigration controls and lower immigration rates, and then someone went ‘Oh, that offends me,’” he said. “Now the question is, if they go tell the administration that I’ve been rude or offensive, what standing do I have there? You do question yourself on how much you can say.”

Rather than making students feel as though they have to self-censor their dissenting opinions, Justin said that teachers and the administration should be creating a space that allows students to explore all ideological and political viewpoints.

“It’s the school’s responsibility first and foremost to create an environment that’s safe for everybody, regardless of who they are or what they believe in,” he said.

Assistant Principal Natalie Jaworski said that she agrees with Justin’s statement, but questions what “safety” means in this context.

Jaworski said she wants to distinguish between debating policies and ideas versus debating the worth and value of someone’s identity. The latter, she said, can make people feel physically unsafe with regards to personal identifiers such as race and gender.

“The line is drawn saying to me personally that my experience is wrong, that my identity is wrong,” she said.

In addition, Jaworski said this feeling of physical safety is not up for debate; everyone must be respectful if someone feels as though their identity is being attacked.

“You can’t say, ‘You aren’t allowed to feel unsafe by my statement,’” she said.

Furthermore, Brigui said people must keep identity-based attacks out of political discussions in order to promote understanding and respectfulness.

“You need to avoid the identity aspect of every argument to ensure that line isn’t crossed,” he said. “When you think that line is crossed, don’t immediately go ‘you are xenophobic, you are racist, you hate poor people.’ Interrogate whether that line was crossed because a line to me isn’t a line to the next person.”

When it comes to being open about one’s political beliefs, Justin said he has noticed that by associating himself with Trump, he opens doors for people to label him names.

“I swiped up on somebody’s story because they said something along the lines of, ‘If you support Trump, you’re a racist or a white supremacist,’” he said. “I was like, ‘I’m a Trump supporter and I would not call myself a racist or any of those things.’ And I just got blocked.”

Justin said this harsh reaction can be credited to a widespread reluctance to engage with those who hold different political views.

“People are hesitant to talk about these things with people that don’t agree with them, especially here, because all we really see is just things that reinforce these more progressive ideas,” he said.

Brigui said that this particular election has charged both the global political climate, as well as ASL’s. He said that, compared to this election, the 2012 presidential election between former President Barack Obama and Republican nominee Mitt Romney was based more on policy rather than the character of the two candidates.

“Between Obama and Romney, it was really bland policy-based politics like tax cuts, tax raises, how to run an economy, trade deals,” he said. “Now it’s more culturally based, so a lot of people will take it personally. That hasn’t really helped the situation coming up to the election.”

Similarly, Justin said, contrary to past election years, Trump supporters are met with more hostility when they speak their viewpoints, specifically because of the media’s portrayal of Trump.