Editorial: We must pay attention to politics 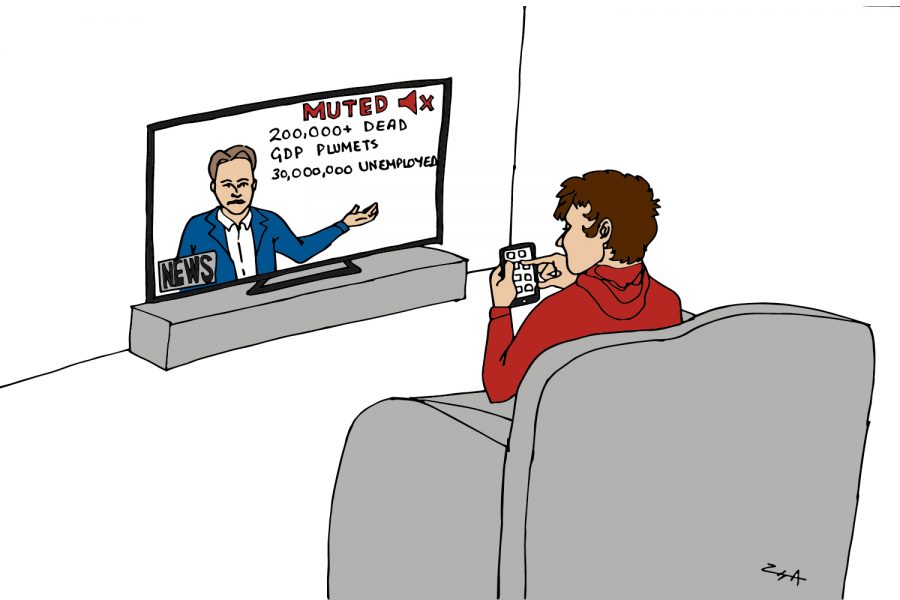 As the implications of this election are higher than ever, the Editorial Board is emphasising the importance of paying attention to politics.

Whether one is on the tube, in the classroom or at the dinner table, the terms “left” and “right” and “Biden” or “Trump” find a way to creep into any dialogue. Though sometimes repetitive, these conversations are vital, and it would be irresponsible to steer away from them.

Thus, we find it necessary to dedicate a special edition to the 2020 presidential election. Our aim is to catalyze productive and open conversations about politics that are crucial for the student body to have in order to better understand the way this election will impact them and the rest of society.

Politics impact everyone differently depending on who they are and where they come from. Thus, as a result of the educational opportunities we all have as a community, it is imperative to recognize that we are watching this election through an extremely privileged lens.

We live in a relatively democratic country. However, for millions of people across the world, democratic electoral processes have lost their meaning. The rights that we take for granted are aspects of life that many people are deprived of.

Although we, as a community, represent 70 countries and many of us are under the voting age, and thus cannot vote in this election, democratic processes encompass more than casting a ballot. No matter where we come from, we all have the ability to dissent against our government and voice our opinions without fear of consequences.

However, we are exercising our democratic freedoms irresponsibly. Rather than recognizing the beauty in disagreements, we are shutting them down and thus stifling productive debate.

This election cycle, the fracture in discourse has only widened. The blatant incivility of the first presidential debate confirms that, even at the highest level of dialogue, we can no longer disagree respectfully.

Perhaps even more dangerous, the gross behavior demonstrated by the candidates has trickled down to everyday voters. A lack of empathy has become the norm.

Moreover, here in London, we are actively pressing the mute button and ignoring one of the most influential events of 2020 by not engaging in conversations surrounding the presidential election.

If majority populations were to stop caring about politics, disenfranchised minorities would have fewer people to defend and fight for their rights alongside them. As a human race, the least we can do is engage in thoughtful conversations surrounding politics and exercise the rights that so many are denied in order to ultimately better our society for all.

At the forefront of this election are LGBTQ+ rights, racial discrimination, immigrants and people with pre-existing health conditions. These groups are minorities that are vulnerable to the policies that either candidates will implement during their potential presidency.

It is our collective responsibility to engage in political matters and educate ourselves on the current political issues, even if we do not see a direct correlation between their effects and ourselves.

As a school, we must speak up for those whose vocal cords have been cut by tyranny. Failing to do so is a rejection of the unique privileges we hold, and runs ignorantly opposed to the values defended by those who came before us.

We encourage you to, as John Lewis so eloquently proclaimed from the Edmund Pettus Bridge, “get in good trouble, necessary trouble,” in order to move the power from the hands of the governors to those of the governed.