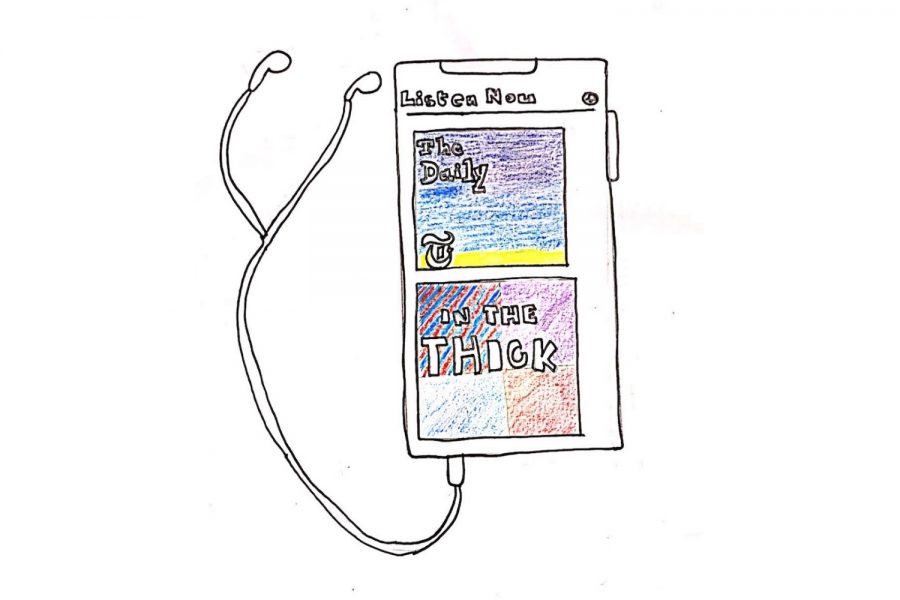 With the US presidential election just around the corner, Culture Editor: Online Grace Hamilton shares her top 5 podcasts that discuss, analyze and predict the election.

This episode from the New York Times opinions podcast “Sway” sheds light on the various differences between the 2016 presidential election and the upcoming 2020 presidential election. In this podcast, Kara Swisher interviews former Democratic nominee Hillary Clinton about the experience she had in the previous election four years ago, and why she believes that Democratic nominee Joe Biden has a shot at winning this year’s election.

This podcast delves into the factors that played a major role in the result of the last election, and how the events of the last four years have ultimately shaped the way voters cast ballots to possibly result in a different outcome. The episode is relevant to the upcoming election as Clinton’s position was similar to Biden’s current standings in terms of political party and opponent, meaning that Clinton’s opinions have merit and are sure to give any listener detailed insight into the election, regardless of political affiliation. It also explains why Clinton believes she lost the election four years ago, and how the same will likely not happen to Biden. Be sure to check it out on Spotify, the Apple Podcast app or on the Times’s website.

A Peculiar Way to Pick a President

Available on both Spotify and Apple Podcasts, “A Peculiar Way to Pick a President” is easily accessible and perfect for those who are interested in increasing their knowledge about the history of the electoral college and its role in the 2020 election. The episode has a running time of 32 minutes and is part of the New York Times Podcast, “The Daily,” which releases podcasts every day. This episode explains the Electoral College in-depth and why the swing states will be a major deciding factor in the upcoming election.

In addition, the episode highlights the flaws within the current U.S. voting system and discusses the movement to transition to a popular vote in the 70’s that almost came to fruition. Hosted by Michael Barbaro, this episode is very polished, with every explanation well thought-through and easy to understand. For those who may not know about the voting system and process, listening to this podcast would certainly be beneficial. While “A Peculiar Way to Pick a President” may not be the best option for a quick and passive listen, it is undoubtedly worthwhile to take the time out of the day to understand the mechanism of American democracy. Click here to listen.

Trump and Biden Are Both on the Trial, But Their Campaign Events are Worlds Apart

National Public Radio has created a podcast episode in the “NPR Politics Podcast” elaborating on the different aspects of each candidate’s campaign events and the impact of each on voters, as well as a general overview on the election. This podcast is available on the NPR website and is held in a very conversational manner that is easy for any listener to understand. Both campaigns are thoroughly investigated and critiqued. The podcast is captivating and provides important information through story-telling. There are various details given to back up the perspectives and opinions discussed between the podcast participants. On the shorter side, this episode is perfect to listen to while walking to school or eating lunch.

Can He Do That?

“Can He Do That?” is a podcast that focuses on the power and limitations of the president to make changes in the U.S. and the world. This podcast has relevance to this election especially given that people would like to know about the importance of choosing a specific candidate and what impact that choice will have on the future of the country and the globe. It discusses the actions that Trump has taken so far during his four-year term, and what rights he could potentially continue to exercise if he is re-elected. From the Washington Post, this 20-minute podcast is recurring and includes multiple episodes that each explore a specific question about the American presidency. Listen to this podcast here.

With issues such as racial inequality, cultural identity and womens’ rights gaining momentum in the U.S., this podcast looks at the election through the lens of identity, race and culture. This podcast has taken advantage of current events and has weaved those events and ideas into the upcoming election. Every three to five days, “In The Thick” gives people of color a platform to voice their opinions on politics. Recent episodes that focus on elections, such as “The Latino Vote” from Oct. 27 and “ITT Sound Off: Dueling Town Halls” from Oct. 20, provide listeners a unique perspective on the election that is not represented by mainstream media. This podcast strikes the perfect balance between the election and prevalent topics of today’s world, which makes it an essential listen.