Politics should not censor entertainment 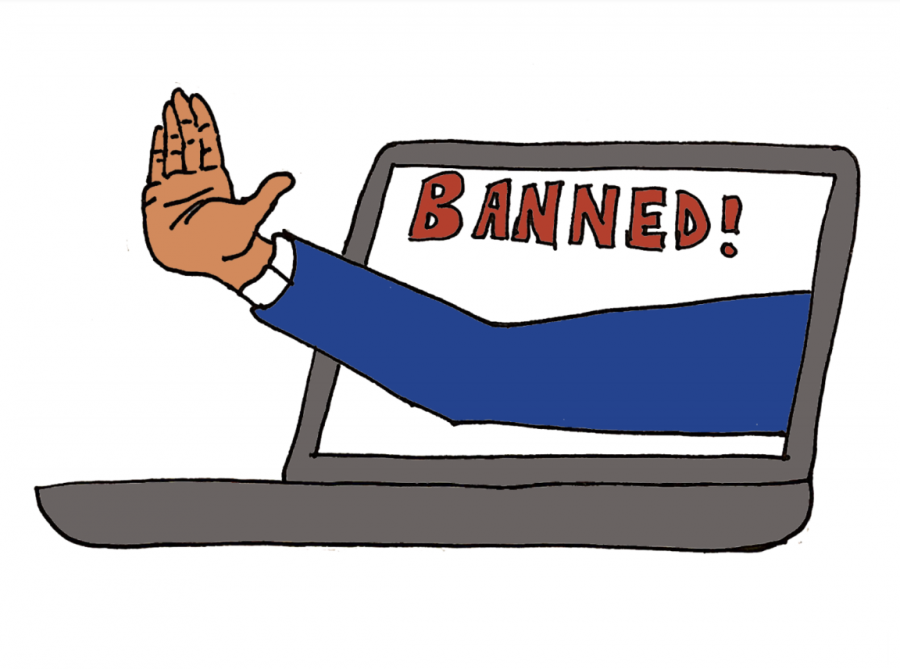 While politics are prominent in almost every aspects of our lives, there are certain platform that politics should not dictate, such as social media and entertainment. Culture Editor: Print Zainab Shafqat Adil reflects on how political differences should not play a role in the censorship of entertainment.

Politics affect nearly every facet of daily life, no matter how unrelated to governance or power they may seem to be. From education to traveling to shopping for food, it’s impossible to escape the political struggles for power which many of us prefer not to even speak about.

Despite the inevitable effects that politics have on our lives, it is important to also recognize that there are some things that perhaps politics should not interfere with, such as entertainment and social media.

One platform which comes to mind when discussing this collision between politics and censorship of entertainment is TikTok. There have been various TikTok bans in several countries, including Pakistan, India, Indonesia and Bangladesh, and an attempted ban in the U.S. Most of these bans were made due to issues regarding privacy and inappropriate content.

However, both in Pakistan and the U.S., there has been much speculation about how credible the concerns of the nations are in regards to the popular video app.

For instance, according to the BBC, the Trump administration had claimed that the Chinese-owned app posed a security threat since information given about its American users could be accessed by the Chinese government despite the fact that TikTok has reiterated that they do not hand user data to neither Beijing nor the Communist Party.

U.S. President Donald Trump only began to speak about the issues with the app during a time when he was already critical of the Chinese government for a number of reasons, such as its management of COVID-19 and trade disputes, which is suspicious. It’s possible that political differences between the Chinese and U.S. government may be playing a part in Trump’s disapproval of the app.

Furthermore, various users on TikTok, particularly American ones during August, the time of the announcement of the possible ban, commented on the fact that the ban may be connected to Trump’s rally in Tulsa. The app was a huge source of communication for coordinating the collective attempt to buy tickets and then not attend Trump’s rally in Tulsa, which took place June 20.

Though there may be some cause for concern regarding privacy on the app, it is also clear that this ban is also being influenced by the politics between the U.S. and China, and possibly the prank pulled on Trump. If the app has made it clear that it has no ties with the Chinese government, is it really fair to ban it as a result of tension between China and the U.S.?

Banning the app, which has around 80 million users from the U.S., is not only unnecessary, but also could even be seen as an infringement on both freedom of speech and freedom of information. In situations like this, the collision between entertainment and politics is needless and unhealthy.

Furthermore, in early October, the Pakistani government banned TikTok for a number of reasons, primarily the fact that it featured immoral and inappropriate content. Though the ban had been overturned only 10 days after it was initially put in place, it still stands as an example of the toxic collision of politics and suppression of entertainment and free speech.

Though there has been little speculation as to whether the ban was a result of poor relations between Pakistan and China, some people, such as journalist Najam Sethi, have commented on whether the ban may be in response to app users’ mockery of Pakistani Prime Minister Imran Khan.

The issue of immorality and so-called “inappropriate” content is a problem of its own, but to ban an app based on the users’ criticism of the government is a clear violation of freedom of speech and information, further highlighting the need for politics to steer clear of entertainment. The fact that both Pakistan and the U.S. have attempted to ban the app for very similar reasons further shows how important it is for politics to no longer be a factor in deciding whether or not to ban a form of entertainment.

Moreover, the ban of Pakistan’s popular show “Churails,” which largely discusses issues affecting women such as child marriage and rape, has sparked controversy within the country. The show is known for exposing and critiquing taboo topics in Pakistani culture.

Similarly to its TikTok ban, according to the BBC, the Pakistani government claimed that the show promoted immoral behavior, such as wearing immodest clothing and drinking alcohol, and for that reason it must be banned.

Various public figures within the Pakistani entertainment industry, such as Sanam Saeed and Uzair Younus, spoke out about their disagreement with the ban, and how they believe that the government banned the show due to the fact that it highlighted areas of failure within the country.

Even if the show did promote immorality like the government claimed it did, there are numerous movies and shows in Pakistan which feature violence, sex and nudity, all of which can also be defined as immoral. The government’s arguments regarding its promotion of immorality are invalid due this reason. Ultimately, the concept of immorality is subjective, and therefore should not be an excuse to censor a show.

It is much more likely that the ban was placed because of the show’s criticism of the country’s failings, such as sex and abuse, rather than its depiction of immorality.

Like the TikTok bans in both the U.S. and Pakistan, to ban a form of entertainment due to the fact it criticizes government policies and highlights its failings is a form of censorship, and violation of free speech.

Unless there is content which endangers the rights of a certain group or person, there is no need to censor it. In this sense, political differences and disputes should not play a role in the censorship of entertainment.