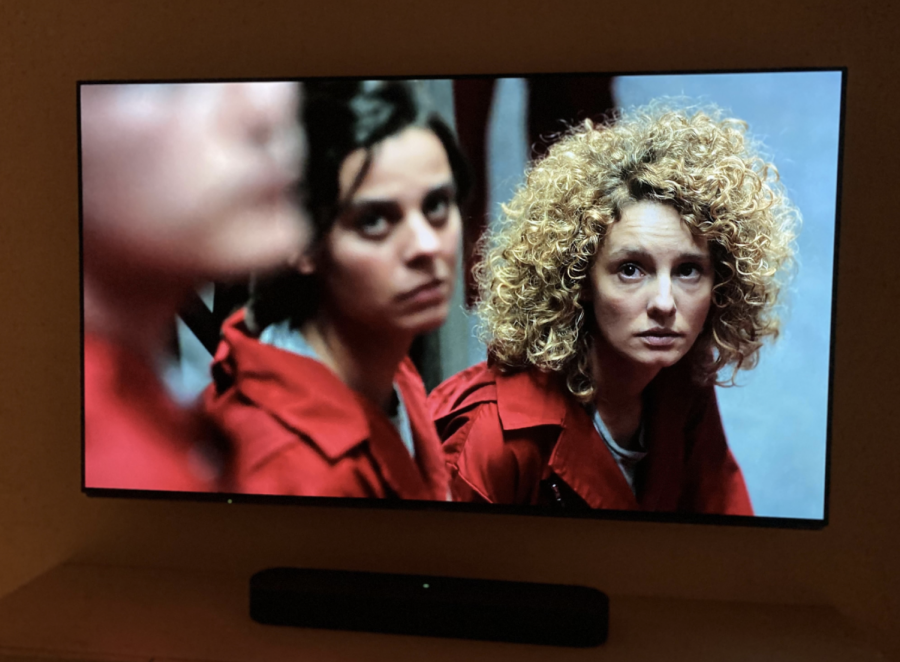 “Money Heist,” titled “La Casa de Papel” in Spanish, is one of Netflix’s most popular crime dramas with a 93% rotten tomato rating. The official Netflix synopsis reads: “With millions of euros and their lives on the line, nine robbers attempt to pull off the greatest heist of all time.” The show follows the story of eight criminals recruited by a mysterious character,The Professor, in which they invade the Royal Mint of Spain and hold 67 people hostage in a scheme to escape with €2.4 billion. Not only does Money Heist introduce key Spanish words, slang and familiarize viewers with authentic European-Spanish accents, but it is also incredibly binge-worthy. The relationships among the hostages, robbers and inspectors will keep you glued to the screen for all four seasons.

Netflix’s “Elite,” often referred to as “Spanish Gossip Girl,” is a teen drama centered around Las Encinas, the most exclusive secondary school in Spain. The story follows three working-class teenage students enrolled in the school through a scholarship program who struggle to fit in. Though the show begins ambiguous, with flashbacks between the past and present, a whirlwind of plot twists leads to a murder mystery experience. In addition to being a great resource for furthering knowledge of the Spanish language, “Elite” also confronts many important topics such as Islamophobia, homophobia and classism through its diverse characters.

“Velvet” is a Netflix drama series set in 1950s Spain based on the love story between a seamstress, Ana, and the heir to the fashion house where she works, Alberto. After spending a few years abroad, Alberto returns to his father’s store, however, he does not want to be his father’s legacy. Instead, he wants to reconnect with his childhood sweetheart, Ana. Naturally, drama erupts throughout this plot and brings the viewer through the highs and lows of Spanish romance. Overall, the show’s chemistry, gorgeous 50s aesthetic and clever dialogue makes it worth the watch.

Set in an early 20th century aristocratic hotel in Spain, “Grand Hotel” is based on mysteries involving the hotel owner’s family and servants. The Netflix premise states: “To learn the truth about his sister’s mysterious disappearance, a young man infiltrates a hotel in the guise of a footman and begins an investigation.” When the young man, Julio, arrives at the hotel in search for answers about his missing sister, who was a maid there, he winds up with a job as a waiter so that he can continue to investigate the case. During his time at the hotel, he falls in love with Alicia, a member of the upper class at the hotel, who joins his investigation. “Grand Hotel” is full of suspense, mystery, and romance, and will undoubtedly captivate any viewer with its telenovela charm.

The Mexican series “Ingobernable” is a Netflix political thriller about the First Lady Emilia Urquiza. After a violent fight with her husband results in his death, she goes fugitive. The show is the perfect mix of romance, crime and drama, as it alternates between flashbacks and the present. At the same time, it depicts the fictional social-political climate of Mexico. Overall, not only is “Ingobernable” a captivating and thrilling show, but it is also a way to learn Mexican slang and expressions.