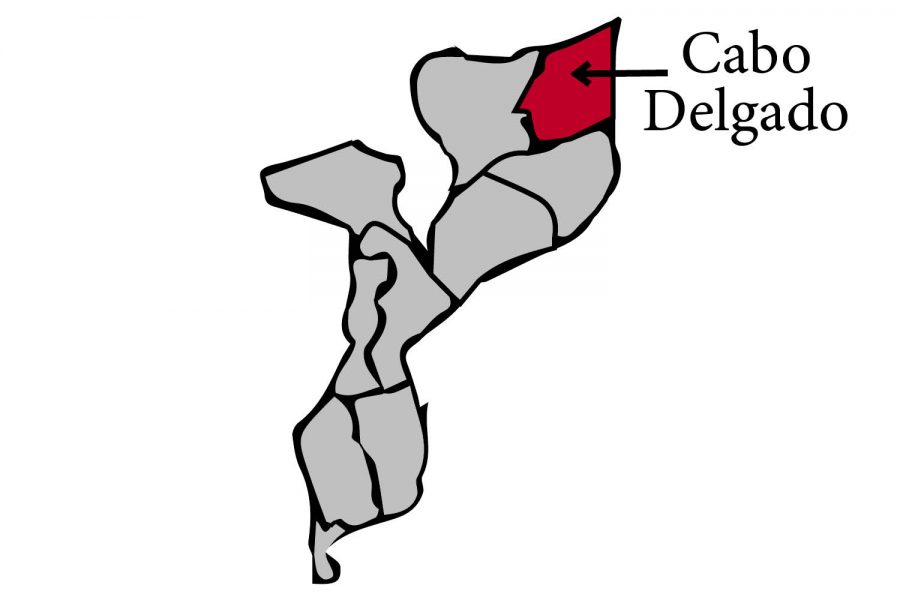 Islamic State rebels have attacked citizens and stolen land in Cabo Delgado, Mozambique. In early november, troops beheaded 20 civilians for an initiation rite. Turmoil has been the norm in this region of Northern Mozambique for years.

Hi everyone!! This week for my Human Rights Violations column, I will be focusing on the human rights abuses, such as cruel and unusual punishment and the depravity of the right to life, committed by the Islamic State in Mozambique, specifically the recent, horrific beheadings in Cabo Delgado.

According to the Armed Conflict Location and Event Data Project, Islamic State troops stormed the rural, farming village of 24 de Marco in early November as part of an initiation rite, where they beheaded around 15 adult men and five boys.

These beheadings are a small part of a much larger conflict in Cabo Delgado, a small province in Northern Mozambique. According to the New York Times, the province has seen an increase in rebels who have pledged allegiance to the Islamic State. These rebels have scoured the area seizing ports, land and lives.

The rebel group started in 2017 under the name Al-Sunna wa Juma’a, and then ultimately became a part of the Islamic State’s Central Africa Province in 2019.

However, the Times reported that it is difficult to know if the rebel group is acting based on orders from outside the region, or if they are instead utilizing the brand of the Islamic State to carry out these murders due to their own motivations.

Nevertheless, in a call to action in Amnesty International, the organization’s Deputy Director for Southern Africa Muleya Mwananyanda said that the Islamic State authorities have commited various “human rights violations including torture, dismemberment and extrajudicial executions.”

The situation in Mozambique has only intensified over the last few years, as the amount of violence in the country has grown proportionally with the spread of the Islamic State.

The way in which the Islamic State goes about exuding violence throughout the area is particularly brutal. According to the Times, a researcher with Human Rights Watch Zenaida Machado said that decapitation is the Islamaic State’s murder tactic of choice as most of the 2,000 civilian victims of this conflict were beheaded.

However, Machado said that, at first, the Islamic State wielded their machetes at government officials, teachers and nurses, but now the killings have become more random.

To make matters worse, Amnesty International said that civilians live in constant fear not only due to the rebel group, but also because Mozambican forces have committed violent human rights violations under the guise of fighting the insurgents.

The Mozambican government has failed its people, and extremism has ravaged this part of the country, leaving a wake of destruction and death.

Furthermore, it is difficult to understand what exactly is happening in Mozambique because the country has banned journalists and human rights organizations from the areas of conflict. Not only is this a human rights violation in and of itself against the right to freedom of expression and the right to information, but stifling the media has perpetuated the vicious cycle of abuse in Cabo Delgado.

The suppression of the media has historically and contemporarily allowed the international community to turn a blind eye to human rights violations, and the lack of coverage of the atrocities in Mozambique is a prime example of this trend.

Ultimately, in this case, opposing groups are unsuccessfully and cruelly using violence as a means to an end, and are therefore neglecting the human rights and safety of innocent civilians. And thus, on the basis of the fact that we are all civilians and human beings, we must fight through the blockade the government has erected in order to understand these abuses.