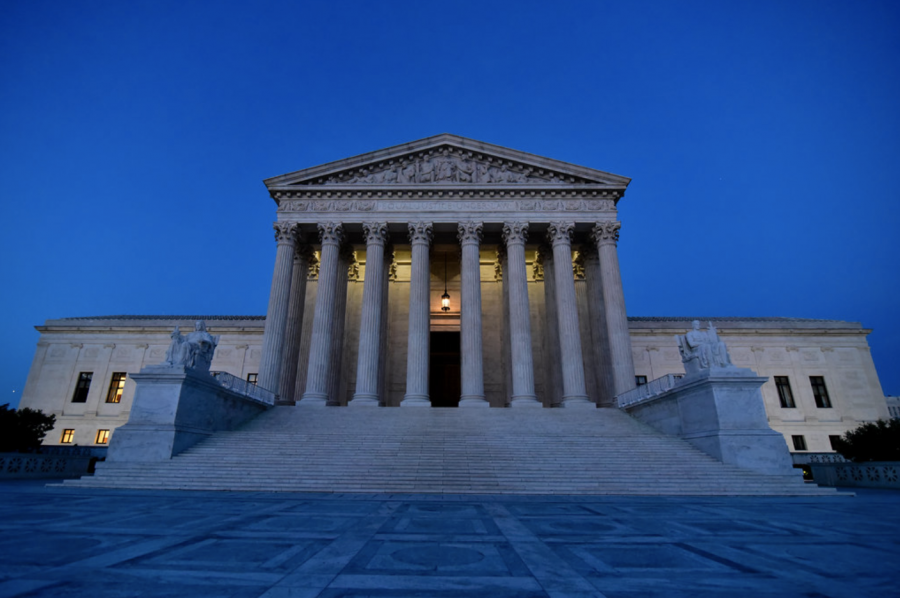 The U.S. Supreme Court ruled in favor of religious gatherings in New York Nov. 25 despite the country grappling with increasing COVID-19 cases. The decision reversed New York Governor Andrew Cuomo’s plan to limit the spread of the virus, which shut down non-essential businesses in high infection areas and limited the number of people that could attend religious services Oct. 6.

Cuomo’s plan divided New York boroughs into zones. “Red zones,” where COVID-19 rates were the highest, had a restriction permitting a maximum of 10 people at religious activities and events. “Orange zones” allowed 25 people to attend these events, and these restrictions applied to all places of worship.

Arhan Sarma (’22), who is from New York, said that the reversal of Cuomo’s restrictions goes against Trump’s original plan in handling the virus.

“Donald Trump in March and May made a press briefing where he said he was going to leave coronavirus restrictions up to the states, shifting the responsibility,” he said. “So, for the Supreme Court to undo what Trump has said seems a little inappropriate.”

In contrast, Kaila Brooks (’23) said that this issue is not only a matter of states, it is prevalent nationwide.

“It is important for the Supreme Court to step in, especially on things that are this important, because it’s like, it’s also an all-U.S. problem,” she said. “It’s not just a New York problem.”

The Roman Catholic Diocese of Brooklyn and Agudath Israel were two groups that filed lawsuits against Cuomo’s restrictions. Both religious groups argued to the court that their First Amendment rights were being violated – infringing upon their freedom of expression and religion.

Sarma said it is hard to balance ensuring people get to exercise their freedom of religion while also combating the number one priority of COVID-19 infection rates. He said ultimately COVID-19 is more important at present.

“I believe that coronavirus does take precedent over the First Amendment, and I’m saying that only because I’m not a very religious person,” he said. “Yes I do pray and I have some religious tendencies, but keeping coronavirus infections down is probably more important to me.”

Social Studies Teacher Becky Mason said she agrees with Sarma in that combatting COVID-19 should be prioritized over religious events, especially large ones.

“The states where they’ve had, you know, like a thousand people go for a church service, it just doesn’t seem sensible,” she said.

However, Brooks said that religion and COVID-19 should be taken into account with the same weight.

“I’m leaning more towards that there should be religious services because that’s such an important part of so many people’s lives,” she said. “You would have to take into consideration COVID-19 restrictions like social distancing, wearing masks, things like that, but it’s important to look at both sides and consider them equally.”

The Agudath Israel also asserted that they were subjected to “discriminatory targeting” and the Catholic Diocese said that they were being singled out as a place of worship.

One polarizing aspect of Cuomo’s plan was brought up during this case when it reached the Second Circuit Court of Appeals by Justice Michael H. Park, who questioned the legitimacy of allowing businesses such as pet stores, banks and liquor stores to remain open without capacity restrictions, but restricting places of worship to smaller numbers.

Sarma said that Cuomo’s restrictions were simply protecting the economy. He said places of worship do not promote safe social distancing environments, whereas other commercial locations do.

“The reason why Cuomo and Boris Johnson, but particularly Cuomo has left open liquor stores, movie theaters, those kinds of things is to improve the economy because the economy applies to everyone,” he said. “Also, social distancing cautions don’t exactly fit within the methodology of religion, so I would have to agree with the judges that dissented on the opinion.”

The Supreme Court saw similar cases in Nevada and California in May and July, voting in favor of COVID-19 measures and against religious gatherings. However, this was before the passing of the late Justice Ruth Bader Ginsburg.

Judge Amy Coney Barrett, who was recently appointed to fill Ginsburg’s seat, cast the deciding vote in this ruling as she sided with four of her conservative colleagues.

Brooks said that Barrett replacing Ginsburg will have even more future implications on decisions.

“It’s just clear based on her confirmation and ruling that she has different views and different values than RBG, so I’m interested in seeing how that plays out,” she said.

Barret’s vote in favor of religious congregation drove the outcome to a 5-4 ruling, making it the first consequential ruling since she was appointed and affirming the court’s conservative-leaning majority.