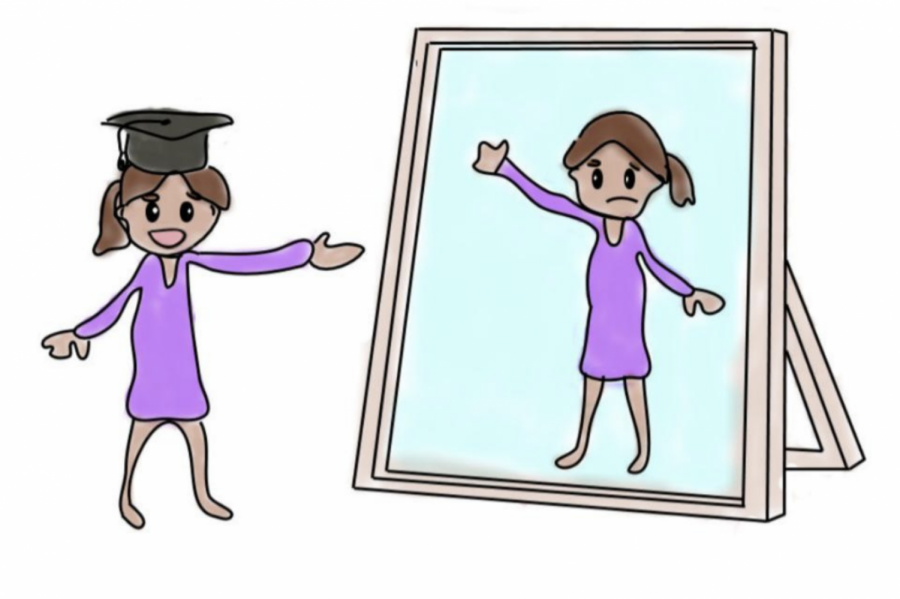 The Northwest Evaluation Association (NWEA) hosts the testing browser for the Measure of Academic Progress (MAP) taken by Grade 9 and 10 students halfway through the school year. However, the MAP tests do not demonstrate the actual intellectual capabilities of students, and therefore, should no longer continue.

Over the past two weeks, Grade 9 and 10 students were required to take the Measure of Academic Progress, commonly referred to as the MAP test.

The exam uses the scores and compares them to other test scores both within the same school year and throughout previous years.

While MAP testing gives teachers, parents and students an understanding of how a student’s learning has changed over time, it can also be used to measure an individual’s data points in comparison to those in the same age or grade. The results are used to further underscore the areas in which students particularly excel or struggle.

Being a computerized adaptive test, the MAP test is different from other standardized tests, as its algorithm is tailored towards the individual student. If they get a question correct, the following question gets harder. Conversely, an incorrect response yields an easier question.

As testing comes to a close, I find many, including myself, walking away from it wondering what the purpose of MAP testing really is.

While MAP testing is intended to be a measure of growth, it is not an accurate reflection of a student’s intellectual capabilities.

As previously mentioned, the statistics collected as a result of the exams can be utilized to create more targeted lesson plans and learning objectives for teachers, as the MAP explicitly indicates key areas that are in need of improvement. That being said, there are other ways for students to communicate their academic struggle to their instructors, whether it be through prerequisite testing in class or even something as simple as a Google Form.

In addition, students express their knowledge in a multitude of ways. This year’s MAP tests only consisted of reading and math. While these subjects are important, MAP testing ignores other topics that a student is particularly strong in. Not all students excel in said fields, as some exhibit deep understanding in subjects such as visual arts, music, science and history.

Furthermore, due to the formative nature of the test, some students do not take it seriously.

There is little to no pressure to make a significant effort, as the test is simply used to take the academic temperature of the student population. The scores are not used to determine grades, resulting in many disregarding the true value of these assessments.

Due to its laid-back nature, I find myself having little to no anxiety about MAP testing, nor do I feel the need to supplement my understanding by studying, which differs immensely from other assessments. While I strive to answer the questions to the best of my ability, I have never felt inclined to perform well, as these tests seem to have no direct benefit or harm to my personal and academic life.

This lack of motivation to succeed yields a higher likelihood of carelessness or laziness, potentially translating into students taking short-cuts by guessing. Thus, an individual’s possibility for academic achievement is subject to being tainted, most likely in a negative way.

It can be said that the ability to test take is vital all throughout one’s academic career. The MAP test can be viewed as helpful to those looking to prepare for similar test-taking environments or to further develop test-taking skills. Such proficiencies will be especially needed for Grade 9 and 10 students, as significant exams, such as ACT and SAT, loom in the near future.

That being said, both the ACT and SAT are subject to strict time constraints: a critical factor that does not play into MAP testing.

Students were given 75 minutes in class to do the reading and math portion, respectively. If they did not complete the test within the allotted time, they still had the opportunity to continue testing.

As a result, MAP provides little assistance to rising upperclassmen because it does not teach students how to work under time constraints. The absence of preparation could augment real testing environments, as the introduction of time limits, according to Oxford Learning, presents additional stress and anxiety which would not have been considered before. Therefore, the extent to which MAP provides an authentic simulation for higher-stakes testing is up for debate.

Coupled with the uncertainty of the test to deliver fully definitive results, it begs the question: if MAP testing is not an accurate reflection of individual or grade-level growth, then what is the point in taking it, at all?