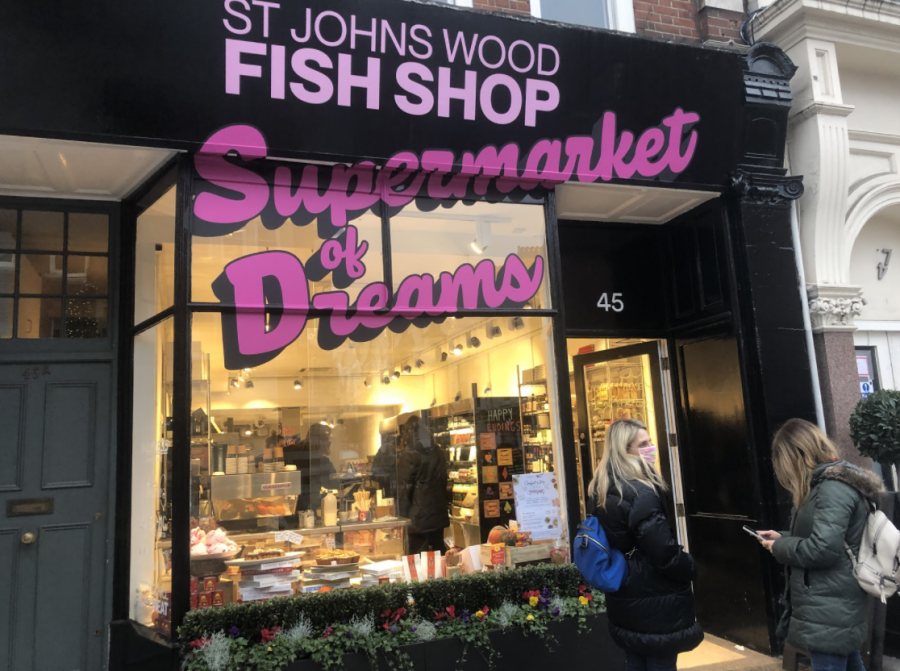 Until further announcements from the government Dec. 2, small businesses continue to be in danger of closing. Store managers reflect on the impact COVID-19 has had on their businesses, as well as their predictions for the future.

Boarded up entrances and “Closing Soon” signs dot the St. John’s Wood High Street. Until further announcements from the government Dec. 2, small businesses continue to be in danger of closing. Not only that, but they also are competing with other chains and popular brands.

Different businesses have maintained a varying amount of financial success depending on multiple factors including the type of items being sold.

Cecilia Colman, the proprietor of Cecilia Colman Gallery, said that stores selling food have had more success during lockdown because people are “desperate to buy food and things to take away.”

Colman’s gallery sells items like jewelry and ceramics made by artists in the U.K, which she said provides crucial income to freelance creators.

“The things are made by U.K. craft people who live from their work and the art they design,” she said. “They are all individual artists, so I like to help them. That’s why I’m here.”

In addition, the customer demographic of stores and restaurants plays a role in the survival of certain businesses during lockdown.

Colman said because she has a particular type of client, the decrease of customers is less dramatic because the same customers visit repeatedly. Even though lockdown has encouraged more people to stay indoors, regular customers who already like the products are more inclined to shop.

“Not everybody comes in through the door,” she said. “It’s only the ones who are really interested in having something a bit different in their homes.”

Similarly, Antonio Franco, the manager of Harry Morgan, said his restaurant has many loyal patrons who have continued to visit during the pandemic.

“There was no impact whatsoever on the number of customers,” he said.

Furthermore, store manager of the Supermarket of Dreams, Amy Browne, said customer numbers have increased as a result of lockdown.

The government’s employee furlough scheme has also contributed to the business’ ability to survive. Harry Morgan is furloughing staff for the duration of the recent lockdown, and while Franco said this is helpful, it may not be enough in the long term.

If lockdown were to be extended, Franco said he is not certain if Harry Morgan would be able to remain open.

“Three months, that’s it,” he said. “Another three months, we will not be able to survive.”

On the other hand, supermarkets, unlike restaurants and stores, are not included in the furlough scheme. Since supermarkets do not serve dine-in, they are not granted furlough according to government guidelines since no members of staff are unable to fulfill their position.

Since opening in October, Browne said the Supermarket of Dreams has seen an improvement in their financial state.

“It’s very different because we haven’t seen this business, what it’s like, not in a pandemic,” she said.

Franco said that one advantage of being a small business is that they only have to control one location.

“We deal better with the situation because we don’t have as many premises to worry about, the different locations,” he said.

Franco said that, despite being limited to fewer customers and takeaway, through furlough and sheer desperation of students, small businesses have managed to stay afloat.

“Good to see you guys down at the restaurant,” Franco said.