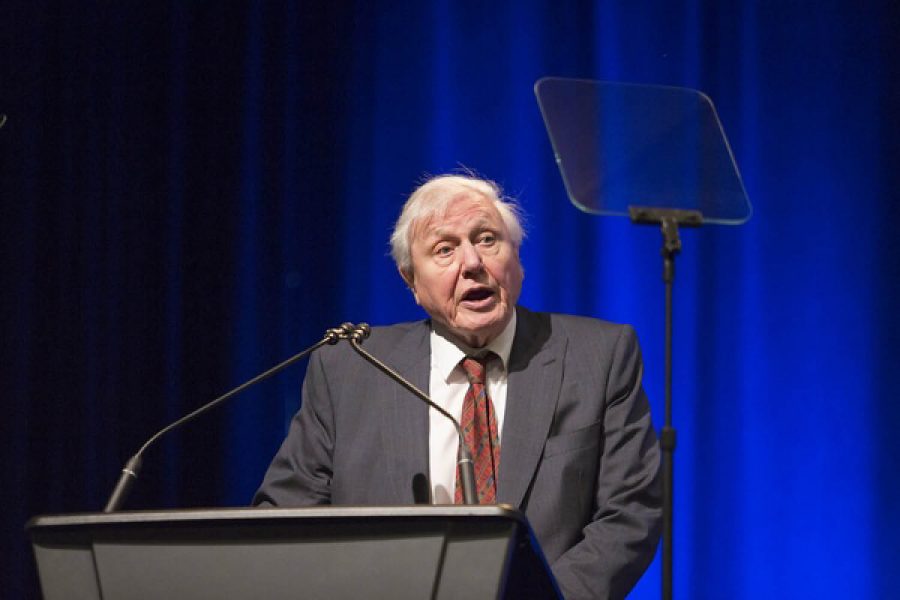 Jessica Sweidan and Innovator-in-Residence Daniel Raven Ellison hosted a panel discussion along with panelists Colin Butfield and Sophie Lanfear via Zoom Dec. 1 about David Attenborough's film “A Life on Our Planet.” Members of the community were able to interact by asking questions prior and during the webinar.

Jessica Sweidan, parent of Skyler Sweidan (’22) and Founder and Trustee of Synchronicity Earth, co-hosted a panel discussion with Innovator-in-Residence Daniel Raven Ellison via Zoom Dec. 1 about David Attenborough’s film “A Life on Our Planet.”

The panelists also included Executive Producer for “Our Planet” Colin Butfield and Producer and Director of Silverback Films Sophie Lanfear.

The panel discussed the topics raised by Attenborough in the film which he referred to as his “witness statement” for the environment. The film traces what Attenborough has observed in his 60-year career and provides predictions of what the environment will look like in the future.

Science Teacher Marisa Wilson said that she found the panel “fascinating,” and especially enjoyed hearing about the production of the film.

“They are all obviously very passionate about this topic and it’s really cool to hear how they make choices about filming so I think that was quite interesting, and also how they are really thinking about getting the message across to the public,” she said.

Furthermore, Rodolphe Stern (’22) said that his main takeaway from the panel and from watching the documentary is that our climate is changing more quickly than anticipated.

“The panelist did show that there are alternatives, but they also showed that the transition needs to be more rapid than we might think,” he said.

In addition, Grade 10 students had the opportunity to submit questions prior to the discussion. Arjun Sehgal (’23) said that this was beneficial as it helped inform the panelists about the student body.

“It allows [the panelists] to understand what the students don’t understand,” he said. “It is a very important step in allowing students to know more about climate change and its impacts.”

Moreover, Wilson said she agrees with the panelists that the two most effective ways to combat conservation and the sustainability of our planet is to change our perspective and work with the government.

“We all should be doing something, our mindset set needs to totally change, everyone needs to see themselves as part of nature,” she said. “We also need some big changes in governments, and business too in order to really combat stuff.”