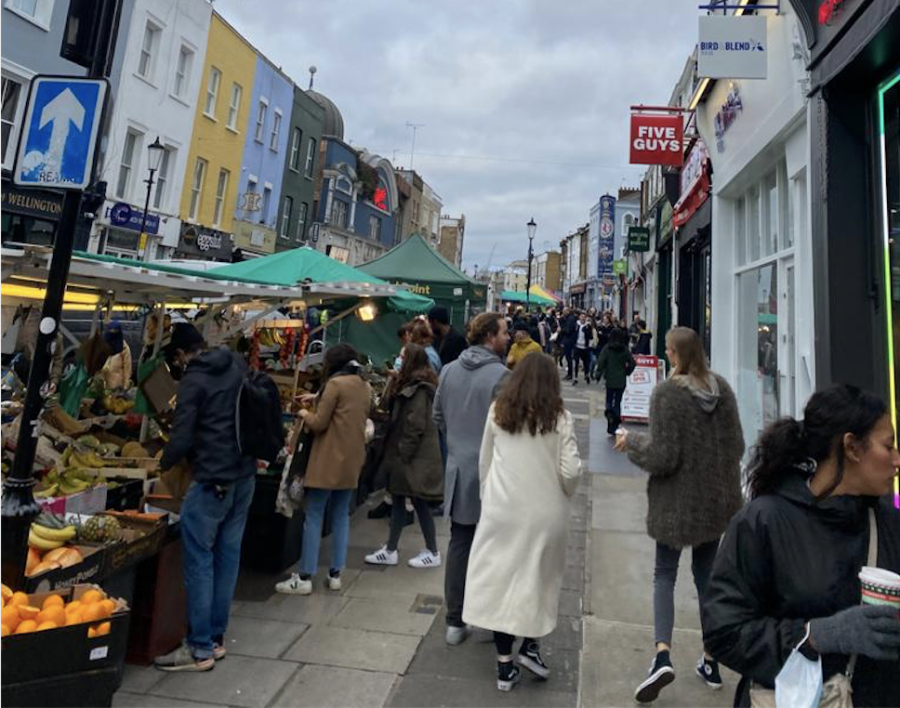 Londoners flout restrictions imposed in November for the second lockdown. In an attempt to lower coronavirus cases, Boris Johnson ordered a national lockdown Nov. 5 which was problematic for the country to go back into seclusion.

There is no doubt that we are all living through social, political and economic turmoil. On top of this uncertainty, we are paying the price for the decisions made by Prime Minister Boris Johnson, the most influential person in the country, and his team.

Johnson has a job that is unenviable right now. On the one hand, citizens are pressuring him to maintain the lockdown to save lives, but on the other, citizens are urging him to lift it to save the economy. It’s an impossible choice for anyone to be making, even the most qualified. Despite some challenging decisions, his handling of the pandemic has been undoubtedly flawed.

The second lockdown, which began Nov. 5, is an example of Johnson and his government’s failings. While it brought the case numbers down, the ambiguous rules he put into place left me wondering, was this really thought out?

As reported by The Telegraph, former Prime Minister Theresa May voiced concerns that it was not thought out at all; in fact, she said that there was a lack of data on the possible consequences of the government’s decisions and warned that certain predictions were not accurate.

While I do credit Johnson for lowering the case numbers in the U.K., his mishandling of the first lockdown last spring ultimately led to lockdown 2.0 which not only demonstrated the ineffectiveness of the tier system but also was poorly communicated and overly draconian.

Lockdown 1.0 looked like a lockdown, but lockdown 2.0 didn’t; I credit this to vague rules. In the first lockdown, images of deserted high streets filled the news. This was not what I observed throughout the most recent lockdown. Surely, the crowds of people I saw on my way home from school were not all allowed out under the regulations. Nevertheless, the normal hustle and bustle of the city seemed to persist.

Thus, I’m left asking whether these people did anything wrong. I have observed a general lack of clarity around the guidelines; if you can’t figure out what the guidelines mean, how are you supposed to follow them?

People are fed up. I am fed up. But I am more frustrated with having a lack of clarity about the rules, than the actual rules themselves.

Just as when I was watching the election and awaited the next “Key Race Update” from CNN, I feel like I am preparing for the next set of Lockdown rules from the government. The constant changes to these guidelines not only make them harder for people to follow, but also more difficult to understand. Why can I go for a walk with a friend, but not play tennis with that same friend? I guarantee you I will be closer to them on the walk than on the court.

While I am not asking for no lockdowns, what I am asking for is well thought out, logical rules, backed by clear scientific evidence. I understand that this is a constantly changing situation and that we learn more as it goes on. But coronavirus became an issue in the U.K. in March – it is December. We have information, and we have had ample time to figure this out.

However, one thing that has provided me some confidence in Johnson is his dedication to keeping students in a classroom. Many of my friends in the U.S. do not have this luxury because of how their government has handled the crisis.

Nonetheless, political pressure seems to be fogging Johnson’s attention. The prospect of a country lacking economic growth and social interactions is scaring him.

In the new tier system that followed the lockdown, Johnson put heavy restrictions on the north, labeling it as tier 3, while in the south, restrictions are more flexible. His bowing down to the south is yet another inconsistency that is not very clearly explained considering the fact that according to BBC, as of Nov. 25, the number of cases in the south were overriding the north.

It feels as if the country is on a carousel ride that keeps going around in circles. Johnson should have begun managing this pandemic earlier and differently. However, it is not too late to listen to the health and economic professionals to ensure that his decisions represent the needs of every U.K. citizen, whatever their political leanings.