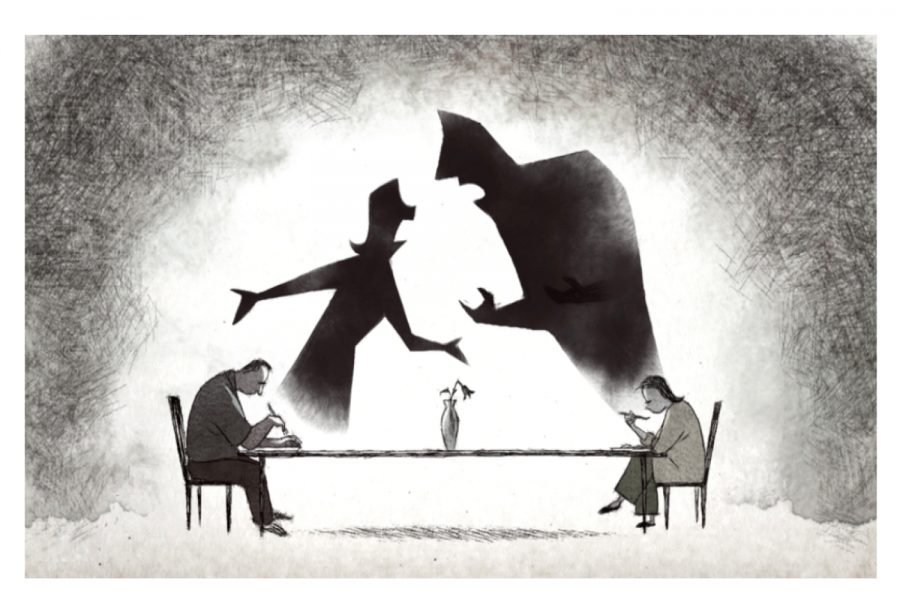 Photo used with permission from Netflix

“If Anything Happens I Love You” was released to Netflix Nov. 20 and tells the story of a school shooting, spreading awareness of the dangers of gun violence. It has since reached hundreds of families who have experienced the same grief, heartache and anguish, helping them to heal.

Michael Govier and Will McCormack’s 12 minute short film “If Anything Happens I Love You” portrays the heartache, grief and pain that two parents endure when a school shooting takes their daughter’s life. This powerful film was released to Netflix Nov. 20 after receiving multiple awards from film festivals, such as the IndieFEST Film Awards, Sidewalk Film Festival and USA Film Festival.

It’s evident that “If Anything Happens I Love You” was made with great care and creativity to honor the experiences of families who have been through the trauma the film depicts.

The opening scene shows a husband and wife eating dinner at opposite ends of their dining table. While they may be physically sitting together, it’s clear they could not be further apart. The man and woman hunch over their food, avoiding eye contact, and the only noises are those of cutlery scraping across plates; it is immediately apparent that they are missing a crucial member of their family.

In addition, the filmmakers chose to use no dialogue between the characters, only using black shadows from within the parents’ subconsciousness to help convey the underlying emotions they feel. There are also moments where song lyrics are heard. This artistic choice perfectly encapsulates how the parents’ loss is too great for words, and adds to the impression of their grief.

This theme of overcoming grief is apparent through other elements of the film too, such as the use of color. The majority of the story is told in black and white, with only a handful of items in color. As more details are revealed about the couple’s grief, we learn that everything in color is associated with the daughter.

One of these objects, a record player, begins to play music when a soccer ball bumps into it. This brings back memories, marking the start of the parents’ acceptance of what they have lost. A string of flashbacks unfold, narrating the birth and childhood of their daughter, up to the day of the school shooting.

The film sends a well-needed message to its audience through the image of an empty school hallway with an American flag hanging on the wall. This is what the audience sees during the school shooting scene. It uses color to its advantage, as the hallway is in black and white with only the flag in color.

The film is an eye-opener that makes us recognize gun violence, as well as the thousands of families that have been affected by it. It asks us to question governments around the world that allow for so much violence to go unnoticed, especially in the U.S.

Again, Govier and McCormack have designed such a moving piece of cinematography through this series of moments in the parents’ lives. Everything interconnects beautifully as the plot slowly unveils its details that lead up to the day of the daughter’s death.

In an interview with Animation Scoop, Govier said the audience will watch a grieving process. He said the film demonstrates the strength and endurance of the human spirit, bringing hope to survivors or anyone who has been involved in a similar event.

In terms of how the issue of gun violence was handled, however, the film fell flat. The main purpose of this project was to remind its audience of the dangers of gun violence and the after-effects it can produce. But if this is the case, there should have been more violence, or at least a more powerful and emotional moment, in the school shooting scene.

This scene is the least emotive of the whole film due to the lack of visuals. The entire film is told through pictures rather than words, except this one scene. While the directors’ choice to break the silence was likely intentional, it undercuts the intensity of the moment. The build-up, which is created through the sound of gunshots and ambulance sirens, is not nearly as gripping as the series of flashback memories displayed through illustrations prior to this moment. It seems inconsistent to switch and rely on the audio to convey emotion. Ultimately, it takes away from the point the film makes about how the pain of losing a loved one is too great for words.

While it is, of course, a challenge to display such dark content through an animated short film, this depiction of a school shooting is a cop-out on behalf of the creators. They could have found a more gripping way to present such a critical moment, even if it was in a non-graphic manner.

“If Anything Happens I Love You” is an evocative short drama that teaches us the melancholy memories of a grieving family. For more information about the creation of the film, see here.