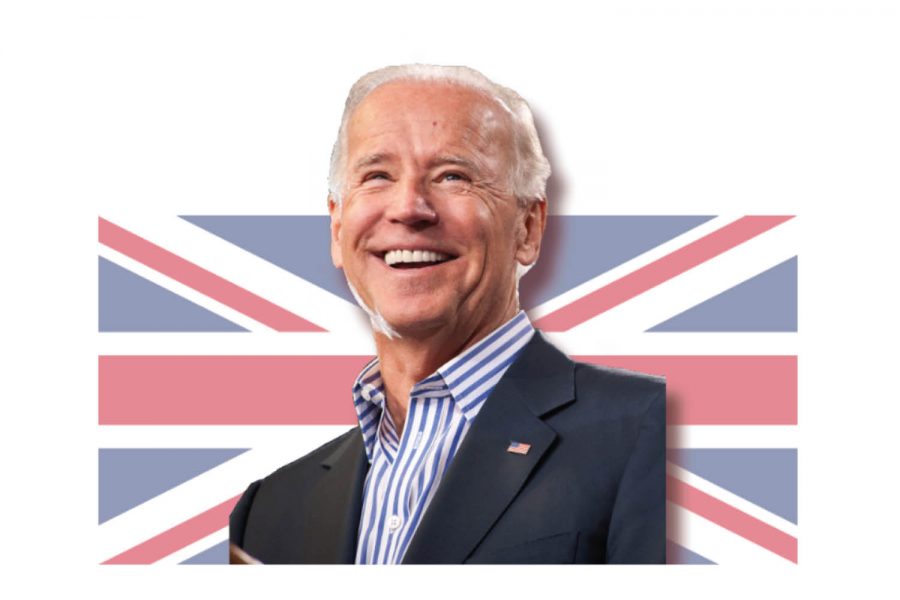 The Biden administration has voiced specific changes that may come into effect after President elect Joe Biden’s inauguration day, Jan. 20. Students and faculty predict that Biden’s presidency will likely influence the ways in which the U.K. handles certain issues.

President Joe Biden defeated former President Donald Trump and was announced the 46th president elect Nov. 7, 2020. His inauguration today, Jan. 20, raises conversation about how his administration will handle the responsibility of U.S. and U.K. foreign relations.

Colin Bloom (’22), both a U.S. and U.K citizen, said he predicts the U.S.’s relations with the U.K. will be favorable under the Biden Administration.

Similarly, Grade 9 Dean and Social Studies Teacher Duncan Pringle said the Biden Administration will strengthen the relationship between both countries.

“There’ll be a more traditional diplomatic approach to the U.K. now that Biden’s taking power, much more kind of old school approach to relations,” he said.

Furthermore, one prevailing issue is Biden’s disapproval of Brexit. Negotiations between the U.K. and the EU for future trade deals took flight Dec. 31, 2020. Biden recently warned the U.K. government that the U.S. will stop all trade with the U.K. if they choose to override aspects of the withdrawal agreement. The withdrawal agreement includes matters such as the economy, trade, citizen rights and, most importantly, upholding the Good Friday Agreement.

The Good Friday Agreement was signed by former Prime Minister Tony Blair, and is an accord between the British and Irish governments which aims to unite both the unionists and nationalists in Ireland.

Bloom said he predicts the greatest way in which the Biden Administration will influence the U.K. will be through Brexit trade agreements due to Biden’s Irish origins.

“Biden has Irish heritage, and this whole Brexit, you know, issue includes Ireland to a large degree,” he said. “If Biden puts on the pressure, as much as he’s saying he’s going to, it’s going to make it harder for Ireland and the U.K., which have had, long, long tension since the 1600s.”

Similarly, Pringle said Biden’s pride in his heritage will influence relations with the U.K.

“He’s a passionate defender of the Good Friday peace agreement, and making sure that Ireland does not have a border, you know, that there aren’t British soldiers in Northern Ireland ever again,” he said. “So that piece of it, I think, will be impacted in a way that Trump wasn’t really interested in.”

In addition, Biden has vowed to rejoin the U.S. to the Paris Climate Agreement among his first days in office.

According to the Associated Press, Prime Minister Boris Johnson predicts that the U.S. and U.K. will be able to successfully collaborate to try to combat climate change with the Biden Administration.

Solenne Jackson (’21) agrees with Johnson and said the Biden Administration will have a generally positive influence on the U.K.’s climate change momentum.

“Having a fellow Western country who is pro-environment will be super helpful to progress faster,” she said. “I personally have hopes that having the U.S. back into discussion on climate will make some actual changes.”

Bloom also said rejoining the Paris Accords will likely promote unity between the U.K. and U.S.

“Biden, in his policy, has said he is going to try and reverse the effects of climate change or try to move in that direction,” he said. “If relations with the U.K. stay, you know, hopefully as good as they seem right now, that the U.K. will as well jump on that train and collaborate with the U.S. to combat this issue.”

Pringle said while Biden is an advocate for climate change, he also is able to find a middle ground in climate negotiations.

“I don’t see Biden as some great environmental warrior,” he said. “I see him as a centrist person who likes to just kind of get things done in Washington— a compromise person. So, depending on his compromises, I think he has a chance of acting as a positive impetus for the U.K. and other countries to follow.”

Jackson said Johnson and Trump are comparable in many ways.

“I’d say Trump and Boris Johnson had a relatively like, okay relationship,” she said. “I mean, they were deemed similar, you could say, as leaders.”

However, Pringle said Johnson and Trump did not get along as well as anticipated, and Biden’s Administration will allow for a more diplomatic relationship.

“In theory, Boris Johnson and Trump should have been fairly natural bedfellows,” he said. “That never really happened.”

Ultimately, Bloom said that under Biden’s administration, relations between the U.S. and U.K. will be improved.

“I think the future is hopeful for international relations between the U.S. and the U.K.,” he said. “Biden being moderate as a presidential candidate is going to play a big role in fostering that relationship and almost rebuilding the relationships that might have been destroyed through Donald Trump’s presidency.”