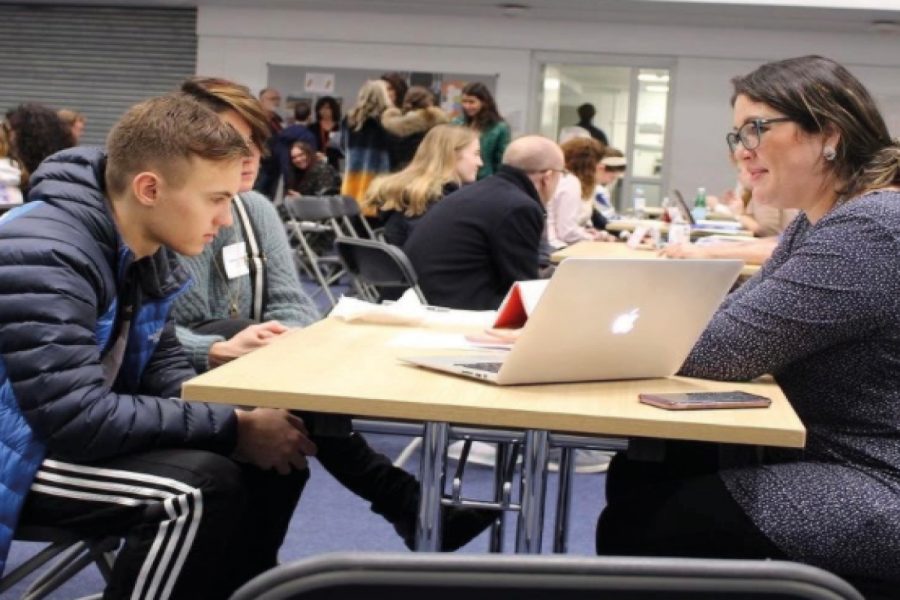 The dates for semester two conferences are uncertain after the U.K. Government announced the earliest potential date for schools to reopen is March 8. Initially, Principal Devan Ganeshananthan said the Senior Leadership Team had postponed second semester conferences, which include students, from the planned dates of Feb. 4 to 5 to March 17 to 19.

Now, according to Head of School Robin Appleby, the new dates may need to be revised again as holding conferences too soon after returning to campus could inhibit the transition; the two-day break would disrupt students’ ability to gain the most from in-person instruction. Appleby said while this means conferences may be further postponed, it might mean they are held earlier than March 17 to 19 while the school is still in distance learning.

Unique to this year, conferences are being conducted virtually, as in-person conferences would not adhere to COVID-19 restrictions. The first experiment with this format was in the fall, when parents and teachers met to discuss students’ semester one progress.

Once the school transitioned into distance learning for the beginning of this semester, Ganeshananthan said the administration believed delaying conferences was the best way to maximize their effectiveness. He said the administration thought one month of class time over Zoom was not sufficient for students to create relationships with their teachers, nor could teachers effectively judge how students were doing in class, thus creating less productive conversations.

“There’s difficulty in creating those relationships,” he said. “It’s basically throwing a spike into the, into the works just with that.”

Drawing on what was learned in the fall, Ganeshananthan said the administration is in the process of refining conferences. Regardless, he said the “skeleton” will be similar to fall conferences; the only noticeable difference will be the addition of students.

Whether in-person or through Zoom, Ganeshananthan said holding conferences remains a priority.

“We always want to be flexible, you know, within reason,” he said. “Ultimately, it’s about how to best support the student, right? So if that conversation doesn’t happen for whatever different reason, the student ultimately is losing out.”