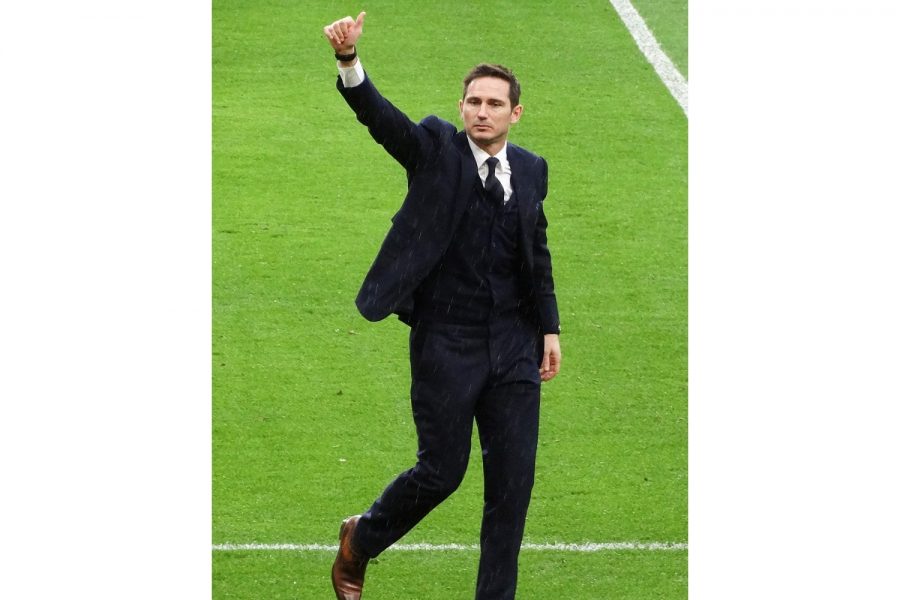 Photo used with permission from Cfcunofficial/Flickr

Six days after their 2-0 loss to Leicester City, Chelsea FC sacked former manager Frank Lampard. The Englishman led the team to a top 4 finish last season securing an all important UEFA Champions League spot, but his inability to follow up on last year's form has seen Chelsea replace him with former Paris-Saint-Germain FC and German manager, Thomas Tuchel.

Premier League club Chelsea FC announced the sacking of their manager Frank Lampard after he coached the club for just 18 months.

Unlike his playing career, Lampard wasn’t able to secure trophies for the London team. Chelsea currently sits at 8th place in the league, much worse compared to their 4th place finish last year. Chelsea had only won two games since their 1-0 defeat to Everton in mid-December, and they collected only seven points in eight games. This run also saw them lose to London rivals Arsenal FC.

Brooks Olson (’22), a self identified Chelsea fan, said the change in management was necessary.

“I love Frank and everything he’s done for this football club,” he said. “As a player, he won us many trophies and every Chelsea fan knows how great he was, but as a manager, he just didn’t have the experience for the job. I feel for him, but the change needed to be made for Chelsea to go back to winning ways.”

Santiago Londono (’23) said he agrees with the decision to sack Lampard, but added he’s concerned about Chelsea’s recent track record of firing managers.

“You look at managers like Mourinho, Conte, Sarri and now Lampard, these are all managers who have only lasted at the club max two years,” he said. “We are yet to find a manager who is able to stay at the club long term.”

On the other hand, Rishi Kurada (’23) said Lampard’s sacking came too soon.

“Every manager goes through a rough patch in their career where they aren’t winning games,” he said. “I don’t think it’s Lampard’s fault that his star players weren’t performing week in week out, and I think this decision is going to not only hurt Lampard’s legacy at Chelsea, but also Chelsea in general.”

Similarly, Layla Blanks (’24) said she felt the decision might have been rushed.

“I don’t think it’s smart to fire a manager midway through the season as it’s quite risky,” she said. “Even though Chelsea isn’t doing well, switching managers doesn’t guarantee a change in performance.”

Along with Chelsea’s recent losses, Londono said he is also sceptical about how Lampard used the club’s new signings, such as striker Timo Werner.

“Last season he was excellent at RB Leipzig, and this season he has shown glimpses of excellence, just the consistency isn’t there,” he said. When a player isn’t playing well, you have to look at the manager to either try something new or take them out of the team, both Lampard never did.”

Tuchel, who managed Borussia Dortmund before PSG, took the French team to a UEFA Champions League Final before going on to lose to FC Bayern Munich in the 2019-20 season. Tuchel had just under a 75% win percentage at PSG and won the Ligue 1 title with them last year.

Even though Tuchel made great strides at his former club, Kurada said he is unsure about his ability to manage Chelsea.

“I question if he can win games at Chelsea,” he said. “Tuchel wasn’t able to win the UEFA Champions League at PSG with players like Mbappe, Neymar and Di Maria, so what makes me think he’ll be able to win with worse players at Chelsea?”

Similar to Kurada, Blanks said she has doubts regarding Tuchel’s signing.

“It could be a potential struggle for Tuchel transitioning from the German league to the Premier League,” she said. “Although, I think he is determined to do well and create relationships with the players.”

Unlike Kurada and Blanks, Olson is thrilled with the hiring of Tuchel as Chelsea’s next manager.

“Tuchel brings experience to this Chelsea team, which they desperately need,” he said. “He’s a winner, and he’s won games at both PSG and Dortmund, so I truly believe he’ll be a great manager for Chelsea.”

In addition, Olson said that Tuchel will help players like Werner and Havertz.

“The first thing Tuchel will do is try and get the two Germans in form,” he said. “If they play like they did last season in the Bundesliga, we can easily push for top four. He’ll know the players, and make a great impact on their performances if he is made manager.”

Londono also said Tuchel was a good hire by Chelsea, but hopes the Chelsea board will interrupt the pattern of firing managers and allow Tuchel a longer tenure.

“Tuchel needs to be given time with this team to help rebuild and make Chelsea competitive again,” he said. “There have been too many managers sacked in the recent years at Chelsea, and I hope the board can learn from their mistakes and give Tuchel some time, even if there are some rough patches.”